The book we are reading for crime book club, due to meet next Wednesday at 8p.m. GMT, on Google+ Hangouts is Agatha Christie, Murder on the Orient Express.

Before that meeting we need to make a decision on what we want to read for Septembers meeting, so here are the three choices. 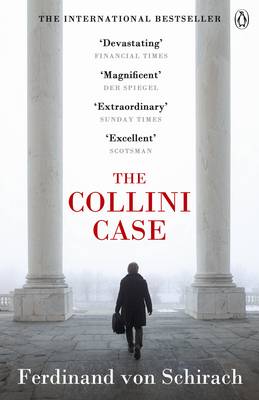 Ferdinand von Schirach’s “The Collini Case” has been at the top of the German charts since publication and will be loved by all fans of Bernhard Schlink and John le Carre. A murder. A murderer. No motive. For thirty-four years Fabrizio Collini has worked diligently for Mercedes Benz. He is a quiet and respectable person until the day he visits one of Berlin’s most luxurious hotels and kills an innocent man. Young attorney Caspar Leinen takes the case. Getting Collini a not-guilty verdict would make his name. But too late he discovers that Collini’s victim – an industrialist of some renown – is known to him. Now Leinen is caught in a professional and personal dilemma. Collini admits the murder but won’t say why he did it, forcing Leinen to defend a man who won’t put up a defence. And worse, a close friend and relation of the victim insists that he give up the case. His reputation, his career and this friendship are all at risk. Then he makes a discovery that goes way beyond his own petty concerns and exposes a terrible and deadly truth at the heart of German justice…” The Collini Case” is a masterful court room drama that will have readers on the edge of their seats from start to finish. “A magnificent storyteller”. (“Der Spiegel”). “A murder trial full of political explosiveness: thrilling, clever, staggering”. (“Focus”). “Terrific”. (“Elle”). “Ferdinand von Schirach brilliantly draws you under his spell”. (“Bunte”). Ferdinand von Schirach was born in Munich in 1964. Today he works as one of Germany’s most prominent defence lawyers in Berlin. His short story collections “Crime and Guilt” became instant bestsellers in Germany and are translated in over thirty territories.

The Honey Guide by Richard Crompton 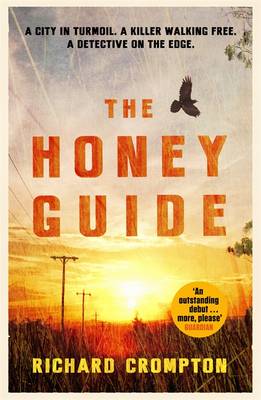 Meet Mollel, a former Maasai warrior whose beloved wife died in the bombing of the US embassy in Nairobi. Mollel has been assigned to the investigation of the brutal murder of a local prostitute. Despite the resistance of his colleagues, Mollel soon begins to uncover something more far-reaching. But are his warrior’s instincts, which have always served him so well, correct? Or will his convictions about the case be turned on their head? The investigation will become more personal to him than he could have possibly imagined…Set against the backdrop of turbulent elections, THE HONEY GUIDE brings Nairobi and its citizens vividly to life, and introduces a truly unforgettable leading character in crime fiction.

The Silent Wife by A. S. A. Harrison 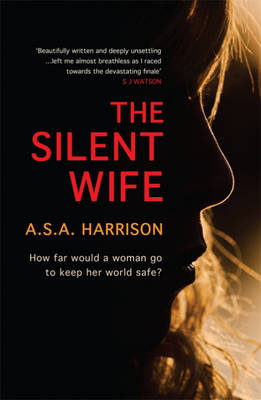 A chilling psychological thriller portraying the disintegration of a relationship down to the deadliest point when murdering your husband suddenly makes perfect sense. Todd Gilbert and Jodi Brett are in a bad place in their relationship. They’ve been together for twenty-eight years, and with no children to worry about there has been little to disrupt their affluent Chicago lifestyle. But there has also been little to hold it together, and beneath the surface lie ever-widening cracks. HE is a committed cheater. SHE lives and breathes denial. HE exists in dual worlds. SHE likes to settle scores. HE decides to play for keeps. SHE has nothing left to lose. When it becomes clear that their precarious world could disintegrate at any moment, Jodi knows she stands to lose everything. It’s only now she will discover just how much she’s truly capable of…

To vote for your choice, either leave a comment here, on the Facebook page, or on Twitter with the hashtag #crimebookclub before the meeting next week so I can update everyone what the next read will be when we meet up.

If you’re unsure of the details of the bookclub, you can find them Here and Here.

I hope to see a few of you online for the first one next week. Even if you can’t make a meeting, you can still vote and read along and leave your thoughts in the comments of the post I will put up the morning after the meeting. It is after all an online book club so, online by any means. It should be fun!