At last night’s virtual crime book club we discussed His Bloody Project by Graeme Macrae Burnet. A couple of members didn’t manage to finish the book but overall the feeling was that the book was a pretty grim read, due in part to the dire conditions the characters endured and brutal murder the book was focused around, but it was also a good read. You can hear members thoughts in the below video. As always, if you haven’t yet read the book and intend to, don’t watch the video until you have as it contains spoilers. The video is a little fuzzy and out of synch at the beginning, but bear with it as it does level out after the first minute or so.

After reading such a dark book in November it was requested that we read something a little lighter this festive month, so these are the voting choices. Leave a comment below on which book you’d like to read. Voting is open until the end of Friday 10th December.

The next meeting is Monday 3rd January at 8pm GMT. (UK timezone)

If you’re not yet a member of the group but would like to join us, you can read how the group works and find the sign up link (which you need to obtain the zoom link each month) HERE.

These are your voting choices. I look forward to seeing what we will be reading this month. 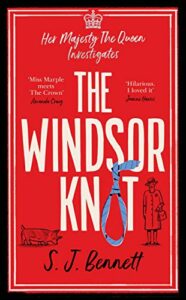 The first book in a highly original and delightfully clever crime series in which Queen Elizabeth II secretly solves crimes while carrying out her royal duties.

It is the early spring of 2016 and Queen Elizabeth is at Windsor Castle in advance of her 90th birthday celebrations. But the preparations are interrupted when a guest is found dead in one of the Castle bedrooms. The scene suggests the young Russian pianist strangled himself, but a badly tied knot leads MI5 to suspect foul play was involved. The Queen leaves the investigation to the professionals—until their suspicions point them in the wrong direction.

Unhappy at the mishandling of the case and concerned for her staff’s morale, the monarch decides to discreetly take matters into her own hands. With help from her Assistant Private Secretary, Rozie Oshodi, a British Nigerian and recent officer in the Royal Horse Artillery, the Queen secretly begins making inquiries. As she carries out her royal duties with her usual aplomb, no one in the Royal Household, the government, or the public knows that the resolute Elizabeth will use her keen eye, quick mind, and steady nerve to bring a murderer to justice. 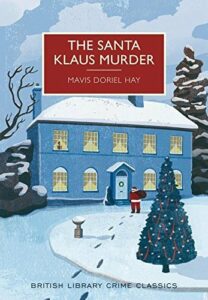 When it comes to Christmas stories, one typically thinks of those that embody the spirit of the season, such as O. Henry’s “The Gift of the Magi” and Charles Dickens’s ‘A Christmas Carol’.

The Yuletide-themed murder mystery is not usually the first thing that comes to mind. But in 1936, Mavis Doriel Hay wrote ‘The Santa Klaus Murder’, one of three detective novels she published in the 1930s.

A classic country-house murder mystery, ‘The Santa Klaus Murder’ begins with Aunt Mildred declaring that no good could come of the Melbury family Christmas gathering at their country residence Flaxmere. So when Sir Osmond Melbury, the family patriarch, is discovered — by a guest dressed as Santa Klaus —with a bullet in his head on Christmas Day, the festivities are plunged into chaos.

Nearly every member of the party stands to reap some sort of benefit from Sir Osmond’s death, but Santa Klaus, the one person who seems to have every opportunity to fire the shot, has no apparent motive. 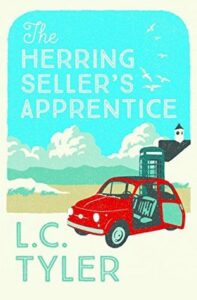 Ethelred Tressider is a crime writer with problems. His latest novel is going nowhere, mid-life crisis is looming and he’s burdened by the literary agent he probably deserves: Elsie Thirkettle, a diminutive but determined individual who claims to enjoy neither the company of writers nor literature of any sort. But however bad things look they can always get worse, as Ethelred discovers when his ex-wife, Geraldine, vanishes close to his Sussex home. When the disappearance becomes a murder enquiry, the police quickly decide that Geraldine Tressider has been the victim of a local serial killer. Elsie begs to differ, on the grounds that the killer’s other victims had been Sad Cows, whereas Geraldine was a Scheming Bitch – another species entirely – and no serious serial killer would murder one in mistake for the other… Soon the indefatigable Elsie has bullied Ethelred into embarking upon his own investigation, but as their enquiries proceed, she begins to suspect that her client’s own alibi is not as solid as he claims. 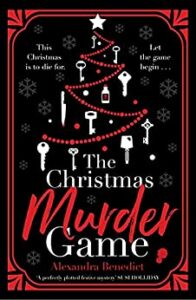 Follow the clues. Find the fortune. Solve the Mystery. This Christmas is to die for. Let the game begin…

‘Endgame has kept our secrets for half a century, now it’s time for it, and its secrets, to have a new owner.’

When Lily returns home to her aunt’s manor house, she discovers that in order to inherit, she and her estranged cousins must stay together over the Christmas week and take part in a family tradition: the annual treasure hunt.

But as they are drawn deeper into the game, the clues seem to point not to the deeds to the manor house, but to the key to a twenty-year-old mystery: what really happened to Lily’s mother?

As a snowstorm cuts them off from the village, it becomes apparent that the game has turned deadly and that Lily is fighting for more than just an inheritance: she is now fighting for her life. Does she have what it takes to survive?

12 clues, 12 keys and 12 days of Christmas for the heirs of Endgame House to find their inheritance, but how many will die before Twelfth Night? 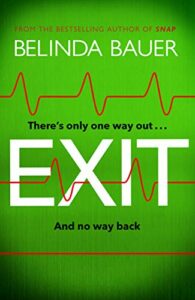 IT WAS NEVER SUPPOSED TO BE MURDER …Pensioner Felix Pink is about to find out that it’s never too late … for life to go horribly wrong.

When Felix lets himself in to Number 3 Black Lane, he’s there to perform an act of kindness and charity: to keep a dying man company as he takes his final breath … But just fifteen minutes later Felix is on the run from the police – after making the biggest mistake of his life.

Now his routine world is turned upside down as he tries to discover what went wrong, while staying one step ahead of the law. 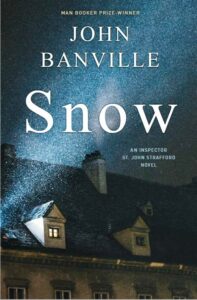 Detective Inspector St. John Strafford has been summoned to County Wexford to investigate a murder. A parish priest has been found dead in Ballyglass House, the family seat of the aristocratic, secretive Osborne family.

The year is 1957 and the Catholic Church rules Ireland with an iron fist. Strafford—flinty, visibly Protestant, and determined to identify the murderer—faces obstruction at every turn, from the heavily accumulating snow to the culture of silence in this tight-knit community. As he delves further, he learns the Osbornes are not at all what they seem. And when his own deputy goes missing, Strafford must work to unravel the ever-expanding mystery before the community’s secrets, like the snowfall itself, threatens to obliterate everything.