Last night the group met and discussed Violet by SJI Holliday (Susi). We were lucky to have Susi attend for twenty minutes at the start for a Q&A about the book, her writing process and the impending movie!

You can watch the group meeting on the video below. Be aware it contains ALL the SPOILERS – even during Susi’s conversation, so please do not watch if you haven’t yet read the book yet. But do come back and watch after you’ve read it!

The book we are reading over the holiday period is a classic. Please read the blurbs of the books below and make your selection in the comments. Voting is open until the end of Friday 9th December.

The next meeting is Monday 9th January 2023 at 8 pm GMT. We’ve stretched this period out an extra week as people are busy in December. After this book, the schedule will return to its usual format.

The Murder of Roger Ackroyd by Agatha Christie 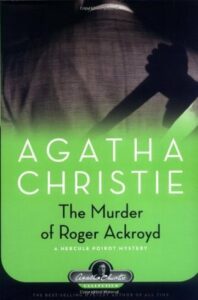 Considered to be one of Agatha Christie’s greatest, and also most controversial mysteries, ‘The Murder Of Roger Ackroyd’ breaks the rules of traditional mystery.

The peaceful English village of King’s Abbot is stunned. The widow Ferrars dies from an overdose of Veronal. Not twenty-four hours later, Roger Ackroyd—the man she had planned to marry—is murdered. It is a baffling case involving blackmail and death that taxes Hercule Poirot’s “little grey cells” before he reaches one of the most startling conclusions of his career.

A Study in Scarlet by Arthur Conan Doyle 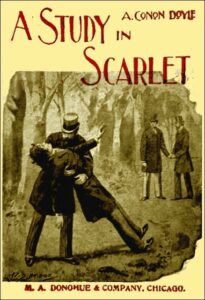 Our first meeting with Sherlock Holmes. And John Watson’s too! The young doctor is astonished by Holmes’ many idiosyncrasies, including his talents on the violin.

But it’s not long before Sherlock Holmes, with Watson in tow, is working with Scotland Yard investigating the murder of two Americans whose deaths have some mysterious connection to sinister groups gathering power in both Britain and America.

Here’s where it all began, ‘A Study in Scarlet.’ Meet Sherlock Holmes, one of the world’s leading consulting detectives – fictional of course! 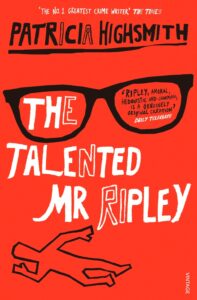 Since his debut in 1955, Tom Ripley has evolved into the ultimate bad boy sociopath, influencing countless novelists and filmmakers. In this first novel, we are introduced to suave, handsome Tom Ripley: a young striver, newly arrived in the heady world of Manhattan in the 1950s. A product of a broken home, branded a “sissy” by his dismissive Aunt Dottie, Ripley becomes enamored of the moneyed world of his new friend, Dickie Greenleaf. This fondness turns obsessive when Ripley is sent to Italy to bring back his libertine pal but grows enraged by Dickie’s ambivalent feelings for Marge, a charming American dilettante. A dark reworking of Henry James’s The Ambassadors, The Talented Mr. Ripley—is up to his tricks in a 90s film and also Rene Clement’s 60s film, “Purple Noon.” 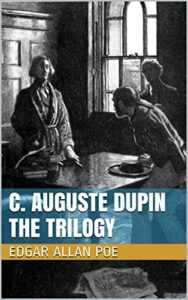 “The Murders in the Rue Morgue” is a short story by Edgar Allan Poe published in “Graham’s Magazine” in 1841. It has been recognized as the first modern detective story; Poe referred to it as one of his “tales of ratiocination”. Two works that share some similarities predate Poe’s stories, including “Das Fräulein von Scuderi” (1819) by E. T. A. Hoffmann and “Zadig” (1747) by Voltaire. C. Auguste Dupin is a man in Paris who solves the mystery of the brutal murder of two women. Numerous witnesses heard a suspect, though no one agrees on what language was spoken. At the murder scene, Dupin finds a hair that does not appear to be human. As the first fictional detective, Poe’s Dupin displays many traits which became literary conventions in subsequent fictional detectives, including Sherlock Holmes and Hercule Poirot. Many later characters, for example, follow Poe’s model of the brilliant detective, his personal friend who serves as narrator, and the final revelation being presented before the reasoning that leads up to it. Dupin himself reappears in “The Mystery of Marie Rogêt” and “The Purloined Letter”.

“The Mystery of Marie Rogêt”, often subtitled “A Sequel to ‘The Murders in the Rue Morgue'”, is a short story by Edgar Allan Poe written in 1842. This is the first murder mystery based on the details of a real crime. It first appeared in “Snowden’s Ladies’ Companion” in three installments, November and December 1842 and February 1843.

“The Purloined Letter” is the third of his three detective stories featuring the fictional C. Auguste Dupin. These stories are considered to be important early forerunners of the modern detective story. It first appeared in the literary annual The Gift for 1845 (1844) and was soon reprinted in numerous journals and newspapers.

The Franchise Affair by Josephine Tey 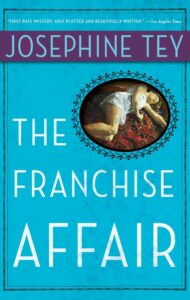 Robert Blair was about to knock off from a slow day at his law firm when the phone rang. It was Marion Sharpe on the line, a local woman of quiet disposition who lived with her mother at their decrepit country house, The Franchise. It appeared that she was in some serious trouble: Miss Sharpe and her mother were accused of brutally kidnapping a demure young woman named Betty Kane. Miss Kane’s claims seemed highly unlikely, even to Inspector Alan Grant of Scotland Yard, until she described her prison — the attic room with its cracked window, the kitchen, and the old trunks — which sounded remarkably like The Franchise. Yet Marion Sharpe claimed the Kane girl had never been there, let alone been held captive for an entire month! Not believing Betty Kane’s story, Solicitor Blair takes up the case and, in a dazzling feat of amateur detective work, solves the unbelievable mystery that stumped even Inspector Grant.