Last night the virtual crime book club met up to discuss Dennis Lehane’s novel Mystic River. It was an outstanding success with all members enjoying the book. You can watch the video of the meeting below and this month you should be free to watch even if you haven’t read the book as there aren’t any spoilers. One member hadn’t quite finished the book so we were sensitive to that.

I do have to thank the attending members as I made an error and forgot to send the linked email out on Sunday as usual and only sent it out a couple of hours prior to the meeting. Apologies to those who didn’t pick up the email in time. There’s a note in my diary for next month so I don’t forget!

The choices for next month’s read are below. The theme is books published in the last twelve months as recent books we’re read seem to have been pretty old. The next meeting is Monday 11th October at 8 pm GMT (UK time zone).  We’d love for you to join us if you haven’t yet. Sign up details are on THIS PAGE.

I did find it quite difficult finding books this month. I have to check that the book is also available on the .com site and the choices I originally selected (some of these are member choices) are not published overseas. But I think in the end, we do have a good selection again.  Please leave your vote in the comments.

The Jigsaw Man by Nadine Matheson 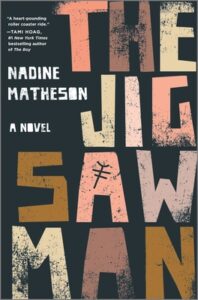 Imitation is the sincerest form of flattery…

When body parts are found on the banks of the River Thames in Deptford, DI Angelica Henley is tasked with finding the killer. Eerie echoes of previous crimes lead Henley to question Peter Olivier, aka The Jigsaw Killer, who is currently serving a life sentence for a series of horrific murders.

When a severed head is delivered to Henley’s home, she realises that the copycat is taking a personal interest in her and that the victims have not been chosen at random.

To catch the killer, Henley must confront her own demons – – and when Olivier escapes from prison, she finds herself up against not one serial killer, but two. 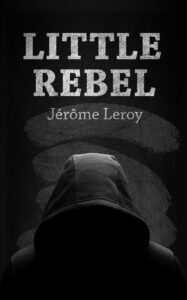 Divided along so many social fault lines, a city in the west of France is a tinderbox of anger and passion. As the tension grows, things go badly wrong as a cop is killed and a terror cell is scattered across the city. A school on the deprived side of the city is caught up in turmoil as students, their teacher and a visiting children’s author are locked down.

Making his first appearance in an English translation, Jérôme Leroy gives us a subtle and sardonic perspective on the shifts taking place in politics and society in this disturbing novella. 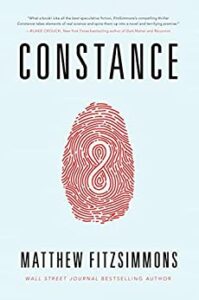 A breakthrough in human cloning becomes one woman’s waking nightmare in a mind-bending thriller by the Wall Street Journal bestselling author of the Gibson Vaughn series.

In the near future, advances in medicine and quantum computing make human cloning a reality. For the wealthy, cheating death is the ultimate luxury. To anticloning militants, it’s an abomination against nature. For young Constance “Con” D’Arcy, who was gifted her own clone by her late aunt, it’s terrifying.

After a routine monthly upload of her consciousness—stored for that inevitable transition—something goes wrong. When Con wakes up in the clinic, it’s eighteen months later. Her recent memories are missing. Her original, she’s told, is dead. If that’s true, what does that make her?

The secrets of Con’s disorienting new life are buried deep. So are those of how and why she died. To uncover the truth, Con is retracing the last days she can recall, crossing paths with a detective who’s just as curious. On the run, she needs someone she can trust. Because only one thing has become clear: Con is being marked for murder—all over again. 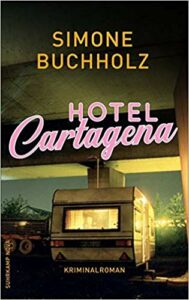 Twenty floors above the shimmering lights of the Hamburg docks, Public Prosecutor Chastity Riley is celebrating a birthday with friends in a hotel bar when twelve heavily armed men pull out guns, and take everyone hostage. Among the hostages is Konrad Hoogsmart, the hotel owner, who is being targeted by a young man whose life and family have been destroyed by Hoogsmart’s actions.

With the police looking on from outside their colleagues’ lives at stake and Chastity on the inside, increasingly ill from an unexpected case of sepsis, the stage is set for a dramatic confrontation and a devastating outcome for the team all live streamed in a terrifying bid for revenge.

Crackling with energy and populated by a cast of unforgettable characters, Hotel Cartagena is a searing, relevant thriller that will leave you breathless. 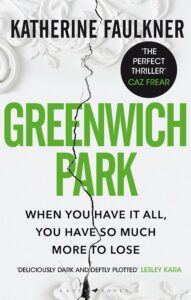 Helen has it all…

And Rachel? Rachel is the perfect nightmare.

When Helen, finally pregnant after years of tragedy, attends her first antenatal class, she is expecting her loving architect husband to arrive soon after, along with her confident, charming brother Rory and his pregnant wife, the effortlessly beautiful Serena. What she is not expecting is Rachel. 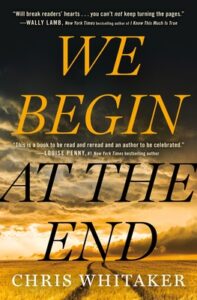