Last night the virtual crime book club discussed The Lincoln Lawyer by Michael Connelly. Overall it was a well received book. There were discussions on the likability of the main character Mickey Haller and what this means to a story. If you want to watch the discussion you can view it below, but beware there are very definite spoilers within. So please don’t watch if you are planning on reading the book.

Onto January’s book, the theme this month is UK set books. Please read the blurbs for the following books and leave your vote in the comments.

If you haven’t yet joined the book club but fancy joining us, especially in this difficult winter period where lockdown measures are more strict and the days are darker, then follow this link HERE.

The Stolen Child by Sanjida Kay 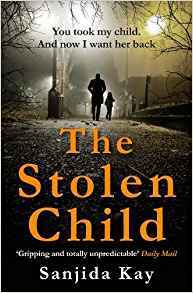 Zoe and Ollie Morley tried for years to have a baby and couldn’t. They turned to adoption and their dreams came true when they were approved to adopt a little girl from birth. They named her Evie. Seven years later, the family has moved to Yorkshire and grown in number: a wonderful surprise in the form of baby Ben. As a working mum it’s not easy for Zoe, but life is good. But then Evie begins to receive letters and gifts. The sender claims to be her birth father.

He has been looking for his daughter. And now he is coming to take her back…

The Wrong Boy by Cathy Ace 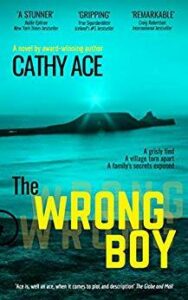 Perched on a Welsh clifftop, the ancient, picturesque hamlet of Rhosddraig has its peaceful façade ripped apart when human remains are discovered under a pile of stones. The village pub, The Dragon’s Head, run by three generations of women, becomes the focal point for those interested in the grisly find, and it’s where layers of deceit are peeled away to expose old secrets, and deep wounds. The police need to establish who died, how, and why, but DI Evan Glover knows he can’t be involved in the investigation, because he’s just two days away from retirement. However, as the case develops in unexpected ways, it becomes irrevocably woven into his life, and the lives of local families, leading to disturbing revelations – and deadly consequences . . . 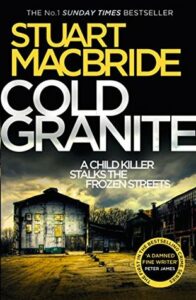 DS Logan McRae and the police in Aberdeen hunt a child killer who stalks the frozen streets. Winter in Aberdeen: murder, mayhem and terrible weather!

It’s DS Logan McRae’s first day back on the job after a year off on the sick, and it couldn’t get much worse. Four-year-old David Reid’s body is discovered in a ditch, strangled, mutilated and a long time dead. And he’s only the first. There’s a serial killer stalking the Granite City and the local media are baying for blood.

Soon the dead are piling up in the morgue almost as fast as the snow on the streets, and Logan knows time is running out. More children are going missing. More are going to die. And if Logan isn’t careful, he could end up joining them!

The Long Drop by Denise Mina 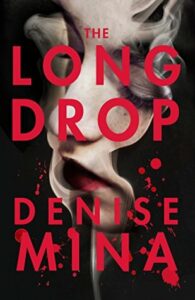 The “trial of the century” in 1950’s Glasgow is over. Peter Manuel has been found guilty of a string of murders and is waiting to die by hanging. But every good crime story has a beginning. Manuel’s starts with the murder of William Watt’s family. Looking no further that Watt himself, the police are convinced he’s guilty. Desperate to clear his name, Watt turns to Manuel, a career criminal who claims to have information that will finger the real killer. As Watt seeks justice with the cagey Manuel’s help, everyone the pair meets has blood on their hands as they sell their version of the truth. 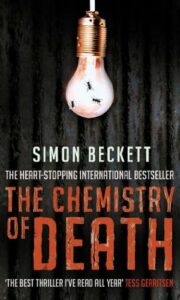 The next meeting will be held on Monday 25th January 2021 at 8 pm GMT (UK timezone). You will need to be a member of the book club to get your zoom invite so please do join.