I’m thrilled to welcome back to the blog, thriller writer Mason Cross. You can read Mason’s First Draft post Here. 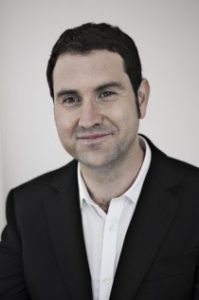 Mason is the author of the Carter Blake thriller series. The first book, The Killing Season, was published by Orion in 2014, and the sequel, The Samaritan followed in 2015. The third book in the series, The Time to Kill (titled Winterlong in the USA), was published in summer 2016.

Mason’s short crime stories have been published in magazines including Ellery Queen and First Edition. His story, ‘A Living’, was shortlisted for the Quick Reads ‘Get Britain Reading’ Award.

The Killing Season was longlisted for the 2015 Theakstons Old Peculier Crime Novel of the Year award, and The Samaritan was selected for the Richard and Judy Book Club for Spring 2016.

Kind of a mess! It’s usually missing important scenes, characters have changed names halfway through, the geography and timeline is often a bit mixed-up, I’ve given places names like ‘Toytown’, characters are named after actors who I think could play them… the first revision is about going back through and fixing all of the placeholder stuff that I only put in there until I could think of something better. 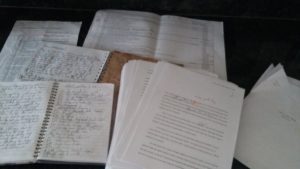 The most important thing to do is nothing.

As in, take some time off and don’t even look at the manuscript for a few weeks. I need to be able to come back and look at it with fresh eyes. Usually it’s not as bad as I had feared, and the things that need to be fixed are more obvious.

When I’m ready to go back over the manuscript, I print out a hard copy and go through it with a pencil and a set of highlighters, with a notebook to record anything that requires more detail.

I read through the whole book. Normally I’ll have a good idea of what scenes and elements will need the most work before I start, but it’s important to see how it reads as a book, even in rough form.

I also find this process often gives me better ideas for new scenes, or ways to tweak existing ones.

Are you kidding? No one ever sees my first drafts but me. I hate showing anyone a work in progress until I’ve been through it at least three or four times. I even get paranoid when someone walks into the room while I’m writing, and change to another window on my screen.

I email each day’s work to myself as an extra backup, and I have a recurring nightmare about accidentally sending a work in progress to my editor or agent.

Getting the structure right, making sure the plot holds together and makes sense, and that the pace works. I usually end up cutting scenes and adding new ones if I feel the story is sagging at a certain point, or if I notice a key character disappears for too many chapters.

I like to book myself into a hotel for a couple of days to immerse myself in the book. The more remote the better. I like to go to places out in the country where I can go for a walk to give myself a break and wool-gather.

Essentially, my concept of what it is to be a writer was formed by watching James Caan in Misery at an impressionable age.

As above, I print out a hard copy to read through and make notes, but after that I go back to the computer, save a new version of the file, and do my edits on the screen. I set my documents up with headers for each chapter so that it’s easy to navigate around the document and to switch the order of chapters if necessary.

I quite like the process of pulling it apart and putting it back together again. Generally there will be some parts that don’t need too much work. Other parts will need major surgery, others will be taken out altogether. I’m an adder, so my books usually put on ten thousand extra words between the first draft and final draft. While it’s a net gain in word count, I’m still cutting stuff that doesn’t work and killing darlings as well as adding new material.

The first run is usually more of an overhaul, but after that it settles down into a series of smaller and smaller edits until (in theory) I get it right.

One thing I tend to do a lot of work on after the first draft is the ending. In one case, I expanded the ending and changed my mind about who the villain was! That obviously entailed going back and laying a lot of the groundwork earlier in the book so it felt natural. 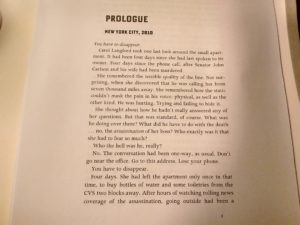 Good question, and with editing there isn’t as easy a way of gauging your progress as keeping track of words per day when writing a draft. I usually have a deadline on edits, so I’ll know it has to be finished by a certain date and work back from there, working out how many pages I need to cover a day.

Of course, some pages need more editing than others, so it may take a few hours to edit the first hundred pages, and then days to edit the next twenty.

Whichever I’m not doing when someone asks me! I probably prefer revision – it’s easier to fix something that already exists than create something from nothing. I always say there are hundreds of ways to fix a first draft; there’s only one way to fix a blank page.

I really want to give a more rock n roll answer, like Jim Beam black label, but usually it’s coffee, switching to tea when I’ve had too much caffeine. Occasionally I’ll have a beer.

It usually takes a few weeks to do it right, although when I’m against a deadline, I need to cram that work into less time. When I’m getting close to finishing I’ll work way into the night fixing the last few things.

Thanks for taking the time to dig into your revision process, Mason.

The Time To Kill 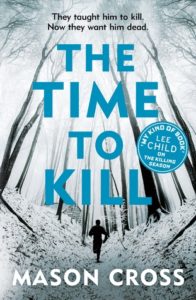 It’s been five years since Carter Blake parted ways with top-secret government operation Winterlong. They brokered a deal at the time: he’d keep quiet about what they were doing, and in return he’d be left alone.

But news that one of Blake’s old allies, a man who agreed the same deal, is dead means only one thing – something has changed and Winterlong is coming for him.

Emma Faraday, newly appointed head of the secret unit, is determined to tie up loose ends. And Blake is a very loose end. He’s been evading them for years, but finally they’ve picked up his trace. Blake may be the best there is at tracking down people who don’t want to be found, but Winterlong taught him everything he knows. If there’s anyone who can find him – and kill him – it’s them.

It’s time for Carter Blake to up his game.