I’m really excited to bring you a Writing Crime post with a difference today, in that this is a guest post. Last week saw us in an interview room with our offender and we had the information needed to start the interview. Today we are going to look at the interview from the other side of the table, from the perspective of the lawyer in the room.

Today’s post has been written by crime writer and criminal lawyer, Neil White. 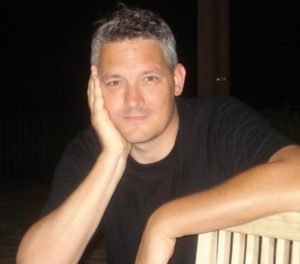 Neil White has been a criminal lawyer for more than twenty years as well as being the author of nine crime novels, including the number one bestseller, Cold Kill. His most recent novel, The Domino Killer is the final book in the outstanding Parker brothers series.

The interview scene is often a pivotal part of any crime plot, in a book or in a television drama. There is the eagerness of the detectives and the fear of the suspect. That is where the tension is, but there is often an overlooked third party there: the defence lawyer, on television often reduced to a silent note-taker. As a criminal lawyer, I can assure you that lawyers do not go to a police station at two in the morning to do nothing other than take notes.

That does not mean, however, that things are clear-cut.

Every lawyer knows that when they go to a police station, their client will fit loosely into one of four categories:

The category of client will shape the advice, but let me make it absolutely clear that the lawyer is not there to think up a story for the suspect. I am not saying that there aren’t unscrupulous lawyers out there, and there will be some who will tell their clients what to say, but that isn’t how it is supposed to be. Unless you are going for a “bent lawyer” angle, the role of the lawyer is to advise the suspect based upon what the police tell them and what the suspect tells them.

The fundamental point to remember though is that it is for the police to prove the allegation, not for the suspect to prove his innocence. This crucial point shapes the advice.

When the lawyer first arrives, he or she will be given a summary of the allegation and evidence against the suspect. This is usually reduced to a written summary that is given to the lawyer, but the police will frequently give a little more information if they think it will secure a confession. Once the lawyer has that information, he or she will speak to the client. These consultations will vary from station to station, depending on the facilities. I’ve spoken to suspects through a glass screen in a specially-designated room, or in a holding cell in the custody area, or even in a locked cell.

I haven’t been a defence lawyer for twenty years, I must add, as I have spent the last twenty years as a prosecutor, so I imagine the conversations will now take place in a side room, not a locked cell.

I am going to work on the assumption that the suspect in your novel is accused of something serious, so I am going to ignore the advantages of admitting an offence in order to get a non-court disposal, like a caution or a fixed penalty ticket. If you’re writing the next great shoplifting novel, choose a different blog.

Let’s go through the different options for the suspect and we’ll see how the advice changes, before we move onto how a lawyer behaves in an interview.

The suspect admits it to the lawyer

The police have to prove the case. If a suspect says yep, I did it, just like the coppers say, the starting point is that the suspect says nothing when interviewed. He gains nothing by admitting a serious offence, and may plug the holes in a case that is too weak without a confession.

This is a tricky one, because it depends on the quality of the evidence.

Let’s say the suspect in your story is accused of being involved in a kidnapping because he took an item belonging to the victim into a pawn shop. It would be in the interests of the suspect to admit handling stolen goods in order to distance himself from the kidnapping.

The difference between murder and manslaughter is a particularly difficult one, and may be more likely in your story. What if there was no intention to kill or grievous bodily harm but there was an assault by the suspect? It might be in the interests of the suspect to give a full and remorseful account, to persuade the police to charge manslaughter and get five years in prison rather than life. But what if the lawyer isn’t convinced the suspect can be shown to be a participant at all? It might be better to advise a suspect to stay quiet, but if participation is then proved, the lawyer might have landed his or her client with a murder charge.

Lawyers do not believe in their client’s innocence. They advise them on what to do based upon what their client tells them, however ridiculous.

If a client puts forward a version that constitutes a defence, they should put it forward. Alibi, for instance. The wording of the police caution makes it quite clear that if the suspect does not mention when questioned something that they later rely on in court, the court can draw whatever inference it feels proper. The inference that will be drawn is that the defence advanced in court is a later fabrication.

Most lawyers will play it safe, however, and reduce the defence to a written statement, read that out in the interview, and thereafter advise the client to make no comment. The state of the current case law indicates that this is sufficient to avoid comment being made in court, provided that the written statement is in sufficiently broad terms that it answers the police case.

This is a useful tool for the lawyer is it protects the suspect from his or her own idiocy in advancing a tangled web of lies that can be easily disproved, and protects the lawyer from later complaints from the suspect that he or she was advised to say nothing when they had a defence to advance.

Someone who is innocent

The police do sometimes suspect the wrong person, and this is particularly important when writing a novel, as it is a useful plot device. If the suspects tells the lawyer the reasons why he or she is innocent, provided the lawyer has advised the suspect of the advantages in staying silent, the lawyer might well advise the suspect to talk freely. He or she will be strongly advised that there are risks involved if they are lying, but sometimes the suspect’s best interests can be in persuading the police that they have the wrong person, that the real killer is still out there.

What about the interview process? What role does the lawyer take?

It might be hardly any role at all, in the latter scenario, other than curbing the enthusiasm of the interviewing detective.

The purpose of an interview is to obtain evidence by questioning. The phrase “questioning” is the crucial one.

In an interview where the suspect is making no comment, and the words “no comment” will generally be used, the police might start to undermine this stance, reciting the words of the caution, or seeking to question the wisdom of the advice given. At this point, the lawyer could intervene and point out to the officer that it is slanderous to suggest on tape, to his or her client, that the lawyer has given negligent advice. That will usually bring an end to that line of attack.

The purpose of this is to blunt the attack and to ensure that the client sticks to the advice given, not to be obstructive for the sake of it. The police will try to build a rapport with the suspect, to get the suspect talking, and they will try to undermine the role of the lawyer. The lawyer’s role is to protect his or her client from this, and interventions can stop a suspect from changing tack; for example, talking when they were advised to stay silent, or thinking of a different defence when the police challenge the one proffered.

The interview layout is part of this. The defence lawyer will usually be given a seat where there is no direct eye contact with the suspect. For instance, next to the suspect, where the only face to face contact is with a couple of detectives. If the lawyer wants to play the game, he or she could insist on sitting opposite the client. Eye to eye contact does have a crucial impact when advising your client.

It must be remembered, however, that the lawyer cannot be too obstructive, and the lawyer can be removed from the police station if the behaviour becomes excessive.

The interventions of a defence lawyer can certainly increase the tension in an interview, and would do in a story. I have had nose-to-nose confrontations with detectives who think they are going places. On the other hand, some of the best detectives I know are the ones who appreciate that the lawyer is merely part of the system, and having a co-operative relationship with a defence lawyer can be advantageous for both sides. 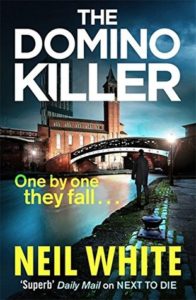 When a man is found beaten to death in a local Manchester park, Detective Constable Sam Parker is one of the investigating officers. Sam swiftly identifies the victim, but what at first looks like an open and shut case quickly starts to unravel when he realises that the victim’s fingerprints were found on a knife at another crime scene, a month earlier.

Meanwhile, Sam’s brother, Joe – a criminal defence lawyer in the city – comes face to face with a man whose very presence sends shockwaves through his life. Joe must confront the demons of his past as he struggles to come to terms with the darkness that this man represents.

Before long, Joe and Sam are in way over their heads, both sucked into a terrifying game of cat-and-mouse that threatens to change their lives for ever…