My first full day at the weekend of the year and what a day! Just walking up to the venue itself, The Old Swan Hotel, fills me with giddy anticipation. 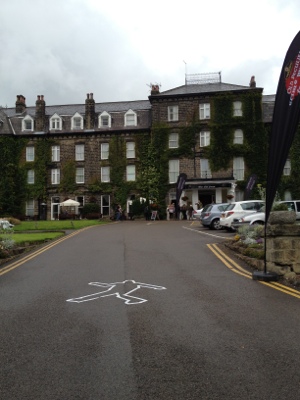 The Old Swan is the perfect place to hold the four day event as it is the very hotel, that in 1926, Agatha Christie was found in after going missing eleven days previously and sparking a massive manhunt.

The first thing I did on arrival was collect my complimentary goodie bag, which was filled with books, two note pads, several bookmarks (which are always handy as I always seem to lose mine) and a bottle of Theakstons Old Peculiar. I’m thrilled with the books in my bag. Each bag is different so it’s quite the lottery. 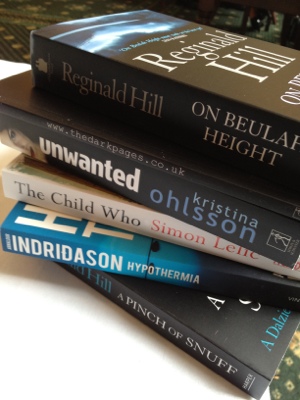 There were panels running constantly throughout the day. I didn’t go in to all of them. I think it would have been brain overload for me had I done so, but instead, opted out of a couple to chat to the great company I was keeping in the bar area. This crime festival has to be one of the friendliest places I have ever been to. Seriously, whomever you find yourself at the side of, a conversation can be struck up and genuine interest in each other is displayed!

As for the panels, there are two in particular that deserve their own blog posts, so I will do just that. These were, a panel on E-books and another on, Is there a line not to be crossed when writing crime fiction? Both very interesting and mixed opinions which will be interesting to see commented on in their respective posts.

The highlight of my day on Friday was the panel with Ryan David Jahn on and being able to get his latest book signed. I raved about his book, The Dispatcher on the blog in its former life. It has to be the book that has stuck with me most this year. As a writer, I’d love to know someone had loved my work so much, but stood at the other side of the signing table telling him this, I just felt like some nutty stalker woman!