Last night we met up and discussed Rivers of London by Ben Aaronovitch. A very different book compared to the crime books we’ve read so far. It was a surprising success, with the majority of the group having enjoyed the book.

You can watch the meeting on the video below. Beware, the video might contain some spoilers, but if I remember correctly, I don’t think the big reveal is given away. But watch with caution.

Now onto the vote for next month’s read. The theme is legal thrillers. Please leave your vote in the comments below.

Degrees of Guilt by HS Chandler (AKA Helen Fields) 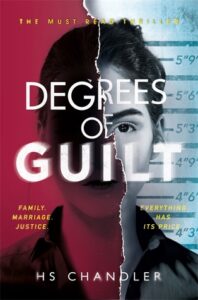 When you read this book, you will think you know every twist in the tale.

Maria is on trial for attempted murder.

She has confessed to the crime and wanted her husband dead.

Lottie is on the jury, trying to decide her fate.

She embarks on an illicit affair with a stranger, and her husband can never find out.

You will think you know who is guilty and who is innocent.

You will be wrong. 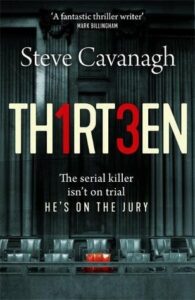 The serial killer isn’t on trial.

He’s on the jury…

They were Hollywood’s hottest power couple. They had the world at their feet. Now one of them is dead and Hollywood star Robert Solomon is charged with the brutal murder of his beautiful wife.

This is the celebrity murder trial of the century and the defence want one man on their team: con artist turned lawyer Eddie Flynn.

All the evidence points to Robert’s guilt, but as the trial begins a series of sinister incidents in the court room start to raise doubts in Eddie’s mind.

What if there’s more than one actor in the courtroom?

You Don’t Know Me by Imran Mahmood 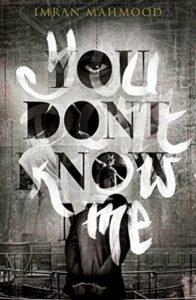 An unnamed defendant stands accused of murder. Just before the Closing Speeches, the young man sacks his lawyer, and decides to give his own defence speech.

He tells us that his barrister told him to leave some things out.Sometimes, the truth can be too difficult to explain, or believe. But he thinks that if he’s going to go down for life, he might as well go down telling the truth.

There are eight pieces of evidence against him. As he talks us through them one by one, his life is in our hands. We, the reader – member of the jury – must keep an open mind till we hear the end of his story. His defence raises many questions… but at the end of the speeches, only one matters:

(I can’t see an electronic copy of this book on the .com Amazon site, but you can buy the paperback or audiobook. I don’t know if your libraries will hold it. So bear this in mind.) 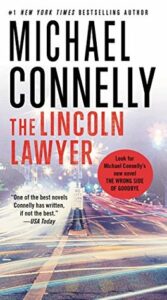 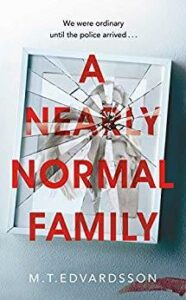 When the teenage daughter of responsible, upstanding parents is accused of murder, a family realizes that it isn’t love that will keep them together: it’s lies.

Eighteen-year-old Stella Sandell stands accused of the brutal murder of a man almost fifteen years her senior. She is an ordinary teenager from a respectable local family. What reason could she have to know a shady businessman, let alone to kill him?

Told in an unusual three-part structure, this gripping, domestic drama pushes a family to its limits. The father, a pastor, believes his daughter can only be innocent, despite mounting evidence. The mother, a defense attorney, believes no one is telling the truth. And the daughter, desperate for her dreams of the future, believes no one understands how far she is willing to go.

In this complex, multi-layered novel, every character’s loyalty and morality is tested. Are we duty-bound to defend our family, even with the evidence against them? Is anyone who they seem on the surface? And what are we willing to compromise to keep our lives, as we know them, intact?

(This is expensive in the US – over $10 – Please check out the prices before laying your vote if buying from there.) 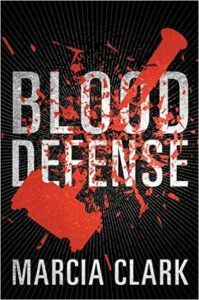 Samantha Brinkman, an ambitious, hard-charging Los Angeles criminal defense attorney, is struggling to make a name for herself and to drag her fledgling practice into the big leagues. Sam lands a high-profile double-murder case in which one of the victims is a beloved TV star—and the defendant is a decorated veteran LAPD detective. It promises to be exactly the kind of media sensation that would establish her as a heavy hitter in the world of criminal law.

Though Sam has doubts about his innocence, she and her two associates (her closest childhood friend and a brilliant ex-con) take the case. Notorious for living by her own rules—and fearlessly breaking everyone else’s—Samantha pulls out all the stops in her quest to uncover evidence that will clear the detective. But when a shocking secret at the core of the case shatters her personal world, Sam realizes that not only has her client been playing her, he might be one of the most dangerous sociopaths she’s ever encountered.

The next meeting will be Monday 28th December at 8 pm GMT (UK time zone).

If you haven’t yet joined the crime book club, then this would be a great time to join as we (in the Northern Hemisphere) head into a dark winter battling the virus. Meeting up with friends once a month to discuss books is great fun. To look back on all the old meetings and to join up to the book club, so that you get the password to meetings, go HERE. Where the page holds all the information you need and includes further links. We look forward to meeting you.