Unfortunately I was ill and unable to host the meeting, but at very short notice Marina Sofia very kindly took over the task. As an original member of the book club (from the previous iteration) we had agreed she would do this if ever needed and she was thankfully able to step in. Please don’t worry, it’s only a cold but it impacts on my chronic illness and makes it feel worse. I’ll be better in a couple of days.

Huge thanks go to Marina though.

Below is the video of the meeting. The book discussed was The Silver Road by Stina Jackson.

You will notice a difference with this video to previous ones. It’s not set up in grid mode. I forgot to ask Marina to set her view in this way. It was my mistake. I had quite a bit to sort out so that Marina could access the account to host the meeting and it slipped my mind. You can still follow the meeting well. I’ve watched the video myself. Marina did brilliantly in hosting.

The next month is an open month. Rather than having a theme members have been able to suggest their favourite books or authors to be voted on. I’ll do this every few months so that people don’t get fed up with the books.

As always you have until the end of Friday to vote. The next meeting will be Monday 5th October at 8pm (UK timezone). Once voting closes I’ll email members and put a blog post up with the winning book.

Leave your vote in the comments.

A Dark Matter by Doug Johnstone 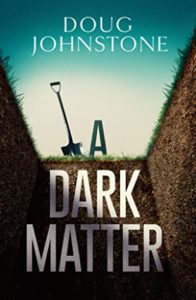 When patriarch Jim dies, it’s left to his wife Dorothy, daughter Jenny and granddaughter Hannah to take charge of both businesses, kicking off an unexpected series of events.

Dorothy discovers mysterious payments to another woman, suggesting that Jim wasn’t the husband she thought he was. Hannah’s best friend Mel has vanished from university, and the simple adultery case that Jenny takes on leads to something stranger and far darker than any of them could have imagined.

As the women struggle to come to terms with their grief, and the demands of the business threaten to overwhelm them, secrets from the past emerge, which change everything… 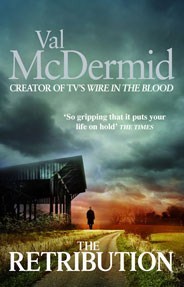 Bad to the Bone by Tony J Forder 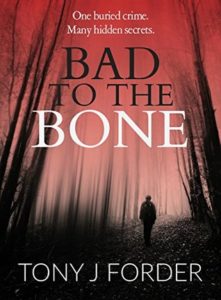 A skeletal body is unearthed in a wooded area of Peterborough, Cambridgeshire. DI James Bliss, together with DC Penny Chandler, investigates the case and discovers that the young female victim had been relocated from her original burial site. A witness is convinced that a young female was struck by a vehicle back in the summer of 1990 and that police attended the scene. However, no record exists of either the accident or the reported victim.

As the case develops, two retired police officers are murdered. The two are linked with others who were on duty at the time a road accident was reported. As Bliss and Chandler delve deeper into the investigation, they start to question whether senior officers may have been involved in the murder of the young women who was buried in the woods. As each link in the chain is put under duress, so is Bliss, who clashes with superiors and the media. When his team receives targeted warnings, Bliss will need to decide whether to drop the case or to pursue those responsible.

Will Bliss walk away in order to keep his career intact, or will he fight no matter what the cost? And is it possible the killer is much closer than they imagined?

Beast in View by Margaret Millar

What starts with a crank call from an old school chum sets the lonely, aloof, financially comfortable Miss Helen Clarvoe on a path as predictable only as madness. Lured from her rooms in a second-rate residential Hollywood hotel, she finds herself stranded in the more perilous terrain of extortion, pornography, vengeance, and ultimately murder.

The Other Woman by Jane Isaac 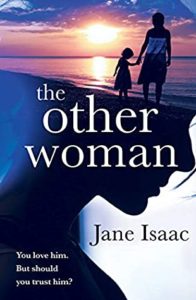 The grieving widow. The other woman. Which one is which?

When Cameron Swift is shot and killed outside his family home, DC Beth Chamberlain is appointed Family Liaison Officer. Her role is to support the family – and investigate them.

Monika, Cameron’s partner and mother of two sons, had to be prised off his lifeless body after she discovered him. She has no idea why anyone would target Cameron.

Beth can understand Monika’s confusion. To everyone in their affluent community, Monika and her family seemed just like any other. But then Beth gets a call.

Sara is on holiday with her daughters when she sees the news. She calls the police in the UK, outraged that no one has contacted her to let her know or offer support. After all, she and Cameron had been together for the last seven years.

Until Cameron died, Monika and Sara had no idea each other existed.

As the case unfolds, Beth discovers that nothing is quite as it appears and everyone, it seems, has secrets. Especially the dead…

Previously published as After He’s Gone. 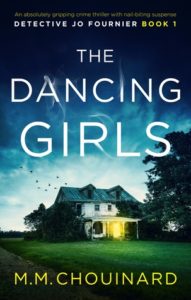 When Jeanine Hammond is found dead in a hotel in the picture-perfect town of Oakhust, newly-promoted Detective Jo Fournier is thrown into a disturbing case. Who would murder this shy, loving wife and leave her body posed like a ballerina?

Jo wants to know why Jeanine’s husband is so controlling about money, and where Jeanine’s wedding ring is, but before she and her team can get close to the truth, another woman is found strangled in a hotel, arms placed gracefully above her head like a dancer.

While digging through old case files, Jo makes a terrifying link to a series of cold cases: each victim bears the same strangulation marks. But the FBI won’t take Jo seriously, and if she disobeys direct orders by investigating the killings outside of her jurisdiction, it will mean the end of the career she’s already sacrificed so much for, even her relationship.

Just as Jo is beginning to lose hope, she finds messages on the victims’ computers that make her question whether these small-town women were hiding big lies. Jo thinks this is the missing link between the victims, but she knows the killer is moments away from selecting his next victim. Will it lead her to the most twisted killer of her career in time, or will another innocent life be lost?