Today I’m thrilled to welcome good friend, Jane Isaac to the blog to talk about her revision process. 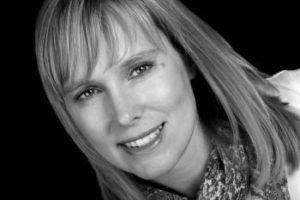 Jane lives with her detective husband (very helpful for research!) and her daughter in rural Northamptonshire, UK where she can often be found trudging over the fields with her Labrador, Bollo. Her debut, An Unfamiliar Murder, was nominated as best mystery in the ‘eFestival of Words Best of the Independent eBook awards 2013.’ The follow up, The Truth Will Out, was nominated as ‘Thriller of the Month – April 2014’ by E-Thriller.com.

I edit as I go along which usually means the finished first draft is in a reasonable state to read and the story is pretty much honed.

I’ll give it a read through, check it all fits together and then I’ll ask my hubby (a detective) to read it and check my police procedural stuff. He’s also my harshest critic and a big reader, so as a first opinion his feedback is really valuable.

I’ll put together any notes I’ve made from my read through, together with his and generally work on those areas systematically. If it’s a major structural change, I will work on that area first before I fix any minor issues.

It can take me anything from six months to a year to write a book and once it is complete, I’m definitely at the point when I need another opinion, at least to convince me whether or not it actually works!

While my husband is reading, I’ll look for repeated words/phrases that sort of thing. We all get into habits and with every script I adopt little favourites: with my last story I had lots of people sighing and raising their eyebrows or shifting in their seats! I also check for pace, flow and consistency of information (dates, times, character descriptions etc.).

Not so much at this stage. Once I have gone through the process of beta readers and structural edits and move onto to copy or line edits, I tend to have a penchant for Haribo to help me along the way. Starmix is my current fave. 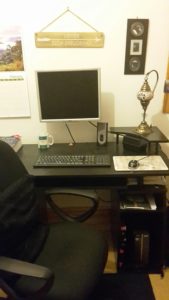 I print a copy for my husband. I read on the screen and amend as I go along.

It’s mostly minor repairs. Occasionally a section or scene is removed. I haven’t moved to decimation yet, but there’s still time!

Generally, it’s minor editing, but there can be plot threads or character issues that need to be addressed too.

My first novel, An Unfamiliar Murder, was originally a psychological thriller, written predominantly through the eyes of a schoolteacher and it was really her story. My agent at the time saw the potential for a series and we brought out the role of the leading investigator. The book went on to be the first in my DCI Helen Lavery series.

I’ve never been much good at daily word counts, I think I’d spend much of the day staring at a blank screen. I tend to write when the ideas come which is often last thing at night when the house is quiet and still, but my story and characters are never far from my mind and often during the day I’m thinking about a plot point or a character’s reaction or researching for a new scene. I do try to give myself a goal of 5000 words a week, but it’s a loose goal and these words can be written at any time of the day or night.

Tea. Lots and lots of tea. And maybe the odd glass of wine or G&T in the evenings.

About a month. The book is then ready to go to beta readers before it hits my editor’s desk.

Thanks so much for inviting me on your blog, Rebecca! I really enjoyed answering the questions. 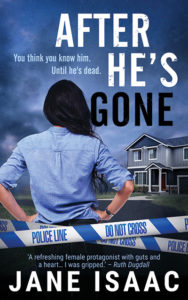 You think you know him. Until he’s dead.

When Cameron Swift is gunned down outside his family home, DC Beth Chamberlain is appointed Family Liaison Officer: a dual role that requires her to support the family, and also investigate them.

As the case unfolds and the body count climbs, Beth discovers that nothing is quite as it appears and everyone, it seems, has secrets.

‘A refreshing female protagonist with guts and a heart…I was gripped.’– Ruth Dugdall

Read the rest of the revision process Q&A series HERE.