Today I’m really pleased to have Margot Kinberg on the blog. You may remember Margot from the days of the crime book club that I ran on Google Hangouts, way back when. 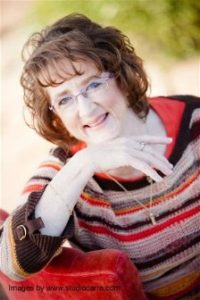 Margot Kinberg is a mystery novelist (she writes the Joel Williams series) and Associate Professor. She has also been blogging about crime fiction since 2009. She has written three Joel Williams novels and is currently working on the fourth. Margot blogs at Confessions of a Mystery Novelist.

Since I go straight to keyboard when I write, my first draft is in a Word file. But it’s often one long story with only little indications of where I think chapters will be. Still, I try to have something cohesive. I find it much harder to revise if I don’t have a document to start with, so I put it all into one file. It’s been corrected for the most egregious errors, but it often still needs a lot of work.

Oddly enough, the first thing I do is wait. Very often I revise better if there’s a break between my writing and my revision. That works out well for a lot of reasons. For one, it gives my beta readers (to whom I am eternally grateful!!) time to read and comment. It also gives me some space, so that I can return to the work with fresh eyes. How long do I wait? Depends on several factors, but usually several weeks.

First, I try to pretend it’s someone else’s work, not mine, so I can be a tiny bit more objective. I start with the story thread. If it’s not cohesive, or it’s implausible or it needs tightening, I do it. I fact-check if necessary, and I look at the overall timeline of the story. I also look at whether the characters are behaving. To put it another way, I check it all for plausibility. Then I check it for pacing, characters and so on.

When I get my beta-readers’ feedback, I put their commented copies of the manuscript up against my own copy, and go through the story chapter by chapter, checking what they say. Very often they catch things I don’t.

Interesting question!! I’m not too bad at assessing things such as dialogue, word choice and the like (although of course I make my share of mistakes!). I do rely on my beta readers, though, for objectivity about the story. I generally do one read-through before I send it out. Then I let my beta readers have at it. This way at least they’re not subjected to a pile of incoherent gibberish.

I start with the major events of the story. Do they make sense? Are they plausible? Then I move to characters. Are they necessary? Are they interesting? Are they fleshed out? The rest is editing, which comes later.

Not really, to be honest. I do have a process I use, though. I do the revisions scene by scene, and then chapter by chapter. That way, I can (hopefully!) be sure that everything’s linked together in a cohesive way. I also find that taking that approach helps me catch things such as timeline errors, wrong names (I’ve done that more than once!) and so on.

Always, always on computer. If you saw my handwriting, you’d understand why. As if that weren’t enough, I type faster than I write by hand, so it’s time-saving for me to go straight to the keyboard.

I tend to go in and repair areas. What sometimes happens, though, is that I’ll fix one area, only to find that that change impacts another area that then needs work. But I’d rather do it that way than start all over (unless I have to). Doing revisions piece by piece helps me to keep the overall structure of the story in mind as I work. For me, it’s a bit like remodeling a home. Doing it room by room lets you focus more than does the chaos that’s caused with top-to-bottom remodeling all at once.

That depends on the manuscript, really. My revisions for B-Very Flat and Past Tense weren’t complete overhauls (although I did make some changes that went beyond editing). But the manuscript I’m working on now is going to need more than that. I’m just digging in for that process now, and it looks as though I’m going to have to make some major changes. That’s part of writing, too.

In one case, I changed the identity of the murderer (I write crime fiction). That led to a whole cascade of changes in the rest of the story. And in the manuscript that I’m editing now, I had to completely change the personality of one of the characters. She didn’t like the way I portrayed her, and gave me a real dressing-down about it. Characters must be obeyed (until you’re ready to kill them off, that is… 😉 )

I don’t really count words. It tends to limit me. On my productive days, I sometimes stop too soon. On my less productive days, counting words makes me too conscious of the progress I’m not making. And that takes my focus away from the story. I do set scene and chapter goals, so that I can see how I’m doing, but not a word count.

I like writing first drafts better. They’re often a mess, but that’s where the real creativity comes in, at least for me. That said, though, I do like the way revising helps me sharpen my writing, and reminds me to be humble about it. There’s nothing like catching a glaring, embarrassing error, or getting a brilliant idea for making a scene better,  to teach you that revision is vital. 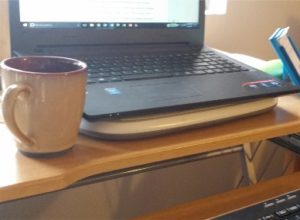 Usually coffee – black, no sugar. That’s not to say a glass of wine never slips in here and there…

Once I get my beta readers’ feedback (and that can take a couple of weeks or more, as you can imagine), the revision process can take anywhere from a few weeks to a month or so. That depends on my ‘day job’ obligations, as well as how much of an awful mess the first draft was. By the time the revisions are done, the manuscript is usually in much better shape. I then go back and look for editing problems (spelling, grammar, that sort of thing).

Thanks for digging into the revision process depths, Margot!

Thanks again for hosting me!! 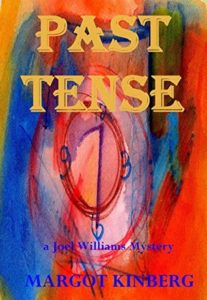 Past and present meet on the quiet campus of Tilton University when construction workers unearth a set of unidentified bones.
For former police detective-turned-professor Joel Williams, it’s a typical Final Exams week – until a set of bones is discovered on a construction site…

When the remains are linked to a missing person case from 1974, Williams and the Tilton, Pennsylvania police go back to the past. And they uncover some truths that have been kept hidden for a long time.

How much do people really need to know?

It’s 1974, and twenty-year-old Bryan Roades is swept up in the excitement of the decade. He’s a reporter for the Tilton University newspaper, The Real Story, and is determined to have a career as an investigative journalist, just like his idols, Bob Woodward and Carl Bernstein. He plans to start with an exposé article about life on the campus of Tilton University. But does everything need to be exposed? And what are the consequences for people whose lives could be turned upside down if their stories are printed? As it turns out, Bryan’s ambition carries a very high price. And someone is determined not to let the truth out.