Today I’m pleased to welcome crime author, William McIntyre to the blog to talk about his first draft process. 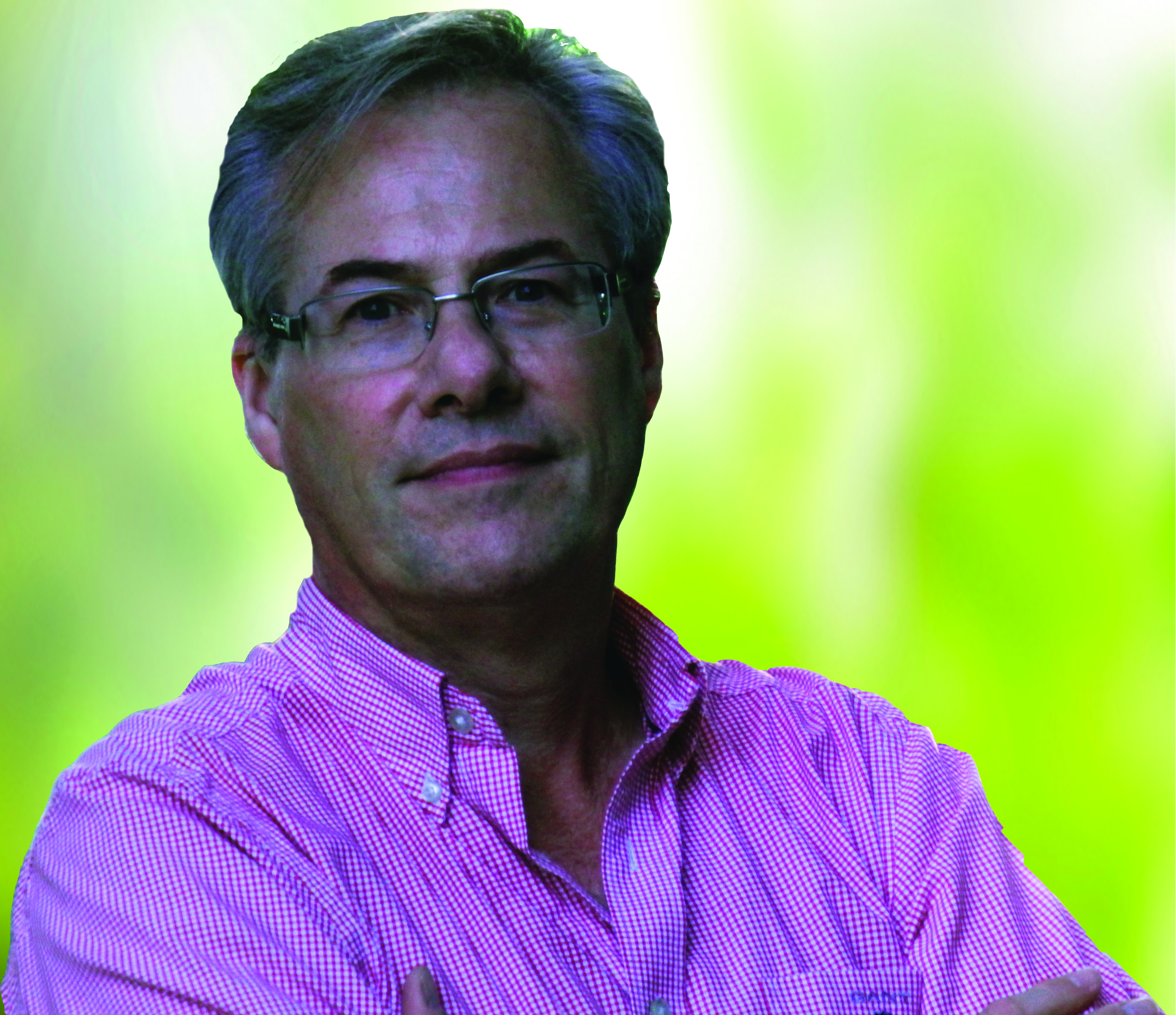 William is a partner in Scotland’s oldest law firm Russel + Aitken, specialising in criminal defence. William has been instructed in many interesting and high-profile cases over the years and now turns fact into fiction with his string of legal thrillers, The Best Defence Series, featuring defence lawyer, Robbie Munro.When you decide to write something new, what is the first thing you do?

Once I finish one book, I wait until an interesting idea for a new opening chapter comes to me and then I sit down and write chapter one of the next book. After that I let my main character lead on. It’s great fun seeing where he ends up.

With my handwriting? I go straight to iPad/keyboard. If I get bogged down in the middle and am not sure what’s going on, I resort to pen and paper to try and work out a path for the next few chapters to follow.

I like to keep things as accurate and realistic as possible; however, as I write legal thrillers from the point of view of a criminal defence lawyer, and since I am a criminal defence lawyer with thirty years’ experience, I don’t have a great deal of research to do on the law and procedure or dealing with awkward clients. I do always make a point of only writing about locations I am familiar with and, if I am not, will carry out a locus inspection and make detailed notes.

I keep a notebook in my pocket for that purpose and from there transfer ideas, interesting comments I hear etc. from it to a Word document which I keep and into which I dip from time to time as I write. I also have a good memory, except for names.

As I mentioned above, I usually write a first chapter and take it from there. I’m sure it’s a lot easier when one is writing from experience, so the old adage ‘write about what you know’ works well for me. It also helps writing a series featuring the same protagonist, in my case Robbie Munro, and where there are several perennial supporting characters. As the series goes on, I find I no longer have to wonder how characters might respond to any given situation because they have a life of their own and all I do is, in my mind’s eye, watch what they do and say, and write it down as it happens.

Other than the occasional blood sacrifice and cup of tea, no.

I’m not a great multi-tasker, but I do have one super-power which is zoning-out in order to concentrate on whatever I’m doing, with a complete disregard to what is happening around me. I think it’s called being a man. As a father of four noisy sons, it’s an ability I have found it extremely useful over the years.

It looks very much like my kitchen table, because that’s generally what it is. 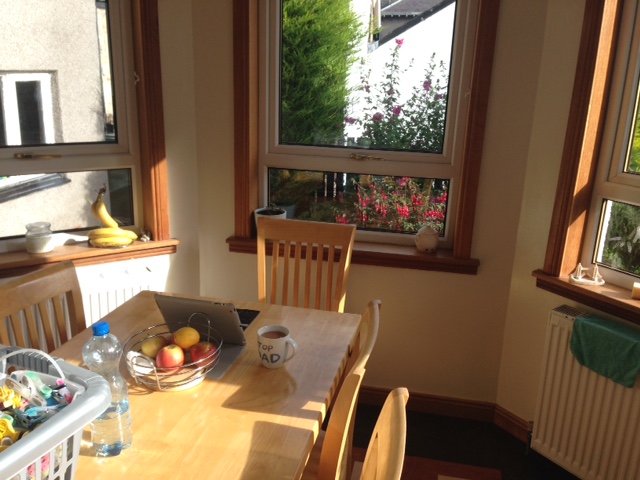 I edit as I go. I write very quickly when I’m in the groove and, to be fair, as an author, my work has never been confused with that of Marcel Proust or James Joyce. My books are intended to be easy reads with a lot of dialogue and not too much by way of elaborate description or explorations into the dark voids of the human soul. Time is a commodity in short supply and I tend to write a lot in a short space of time, like a fat man with a five minute lunch break. There can also be fairly long gaps between my writing sessions, so I tend to read over what has come before to remind myself and make changes as I go. As the book grows this becomes more time consuming and so I keep a summary of each chapter that I’ve written for ease of reference.  It means that the first draft is usually pretty much the finished article up to the mid-way point and slightly less so thereafter.

I have now written eight books in the Best Defence Series. I don’t allocate myself any particular word count, but for some reason they all come out as sixty chapters long or thereby and about 90,000 words. I’m not sure why that is.

I try and set myself a deadline of six months to have a completed first draft. It’s usually more or less the finished article story-wise.

Ereader (Kindle) highlighting as I go.

I give it to my wife to read. She then spots holes in the plot, identifies things she doesn’t like and carries out some routine censorship.  After that I leave it for two or three weeks, go back and read it over again a couple of times making changes as I go. Then my wife carries out a more thorough proof-reading exercise and I have a friend who does the same. By this time it’s usually just typographical changes being made. I then read it over several more times and am usually fed up with the story by the end of it all and just wanting to get started with the next. 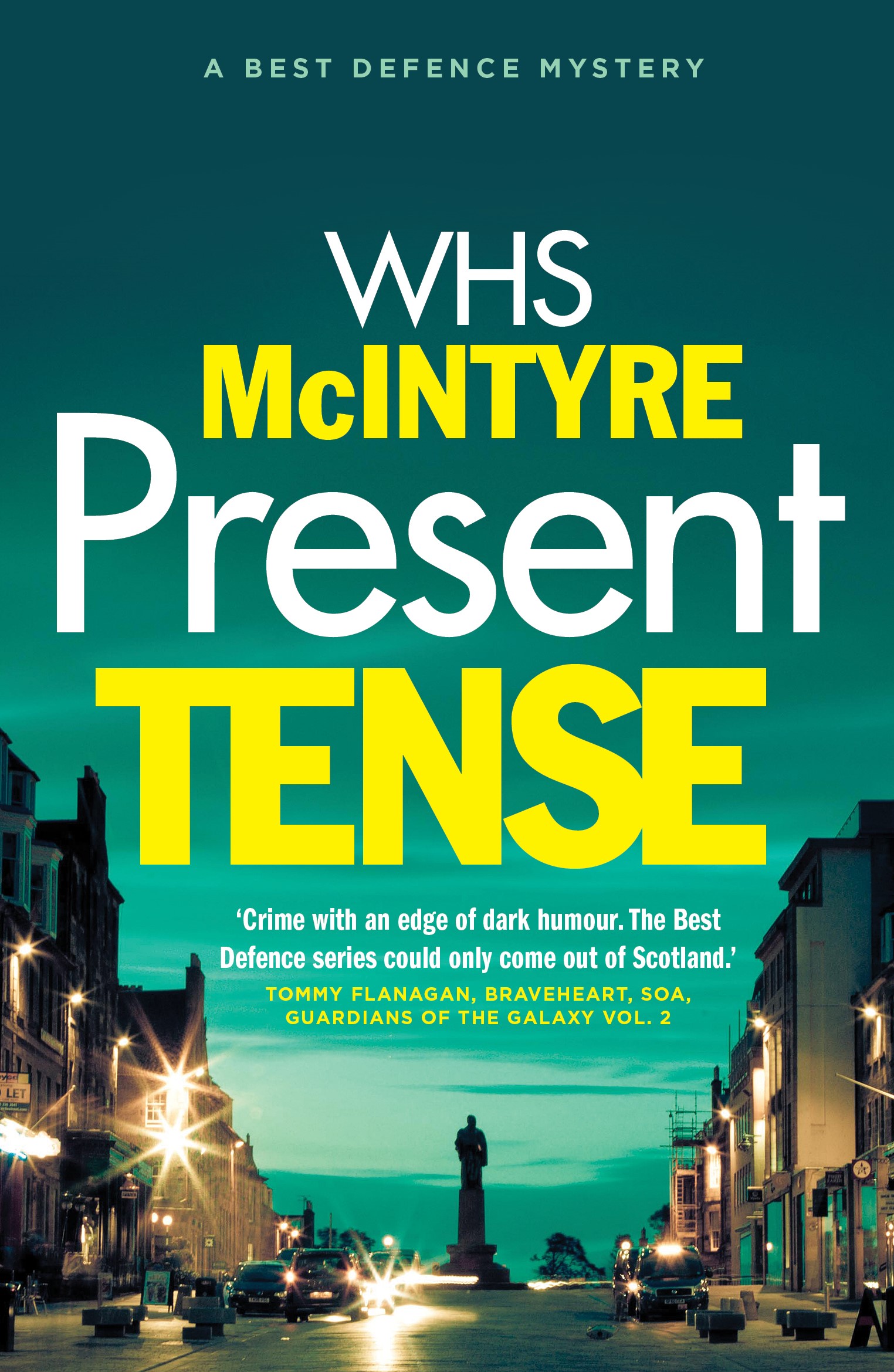 Criminal lawyer Robbie Munro is back home, living with his widowed, ex-policeman dad and his new found daughter, Tina. Life at the practice isn’t going well, neither is the love life he regularly confesses to his junior, Joanna. Then again, on the subject of Joanna, Robbie may be the last to know… When one of his more dubious clients leaves a mysterious box for him to look after, and a helicopter comes down with two fatalities, events take a much more sinister turn, and all of this is complicated by the rape case he has to defend.

You can find all previous first draft Q&A’s Here. If you want to do one, you have to let me know quickly as we are soon going to move to the Revision process series.