The Year of Living Danishly by Helen Russell 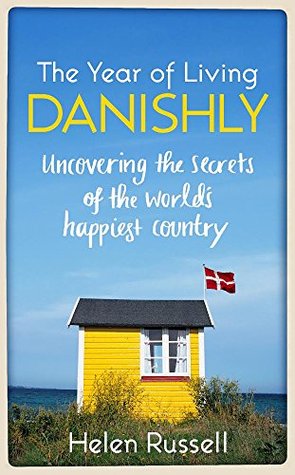 When she was suddenly given the opportunity of a new life in rural Jutland, journalist and archetypal Londoner Helen Russell discovered a startling statistic: the happiest place on earth isn’t Disneyland, but Denmark, a land often thought of by foreigners as consisting entirely of long dark winters, cured herring, Lego and pastries.

What is the secret to their success? Are happy Danes born, or made? Helen decides there is only one way to find out: she will give herself a year, trying to uncover the formula for Danish happiness.

From childcare, education, food and interior design to SAD, taxes, sexism and an unfortunate predilection for burning witches, The Year of Living Danishly is a funny, poignant record of a journey that shows us where the Danes get it right, where they get it wrong, and how we might just benefit from living a little more Danishly ourselves.

This was one of the books that I listed as an anticipated read for 2016. Did it disappoint? It certainly did not. In fact, I’d go as far as saying it’s in the running for being on my end of year list for best reads of 2016.

The book starts with Helen explaining her life in London, how busy she is and how unfulfilled she feels on that particular treadmill and how her husband has been offered a job in Denmark and after some discussion they decide to give it a try for a year.

The move to Denmark isn’t about swapping one busy city for another busy city, Helen and her husband who she names for the remainder of the book as Lego man (because of his job) move to a rural part of Denmark and they move in the middle of winter. A bleak winter. And unsurprisingly, she wonders what they’ve done.

The chapters are a month by month breakdown of what Helen finds out about her living arrangements and how that would impact on the happiness of the Danes, so we get a personal insight from Helen and some interesting factual information on how the Danish live in comparison to the rest of the world. For instance, we start initially with their living arrangements and decorating them and then their taxes, their health care system etc. Plus, the Danish obviously do great pastries which Helen finds out you’re most definitely not supposed to eat one of, every single day!

This book had me absolutely howling out loud. Especially when Helen went to the language class and had a discussion with her teacher. I think my son thought I was losing it slightly.

If you fancy a feel good book that will have you laughing and also learning something at the same time then I’d highly recommend this book.

With thanks to @Vicki_Lagnehag on Twitter for bringing this great book to my attention last year.