Today I’m thrilled to welcome friend and fellow EDSer, Angela Clarke to the blog to talk about her first draft process.

Angela is an author, playwright and columnist. The first of her new crime series novels Follow Me (Avon) was published in the UK this December. Follow Me will be published in Holland in 2016 under the title The Hashtag Murders. Her debut play The Legacy enjoyed a sell out run to rave reviews at The Hope Theatre, Islington in June 2015. The Daily Mail Online called The Legacy ‘witty, insightful and powerful ★★★★★’. And West End Wilma described it as ‘A fantastic debut ★★★★’.

Angela read English and European Literature at Essex University, and Advances in Scriptwriting at RADA. She’s performed on stage at Camp Bestival, appeared on air on BBC Radio 4’sWoman’s Hour talking fashion and feminism, hosted VIP fashion dinners, given talks and workshops at the London College of Fashion and bookshops up and down the country, handed out awards at ceremonies, and appeared on a number of local, national, and international radio stations. She also states she’s also almost always lost or late or both. In 2014 she joined Radio Verulam  as sit in host of their weekly current affairs radio show Outspoken.

I usually get distracted by the idea and stop paying attention to what I’m supposed to be doing. I start building, and taking up residence, in the new world of the idea. Not great if you’re mid-conversation. Apologies to all my friends and family!

I’m not terribly great at routines. I try to write most days, but often those hours are swallowed up by blogs, columns, articles, features, and other things that are time sensitive. When a project gets going I plot out targets – word counts/ number of chapters edited – which I want to meet. I still hang colour coordinated timetables on my wall. I’m the kid at school who had all the matching folders, notebooks, pens, and post-it notes for each subject. I’m a bit of a stationery geek. 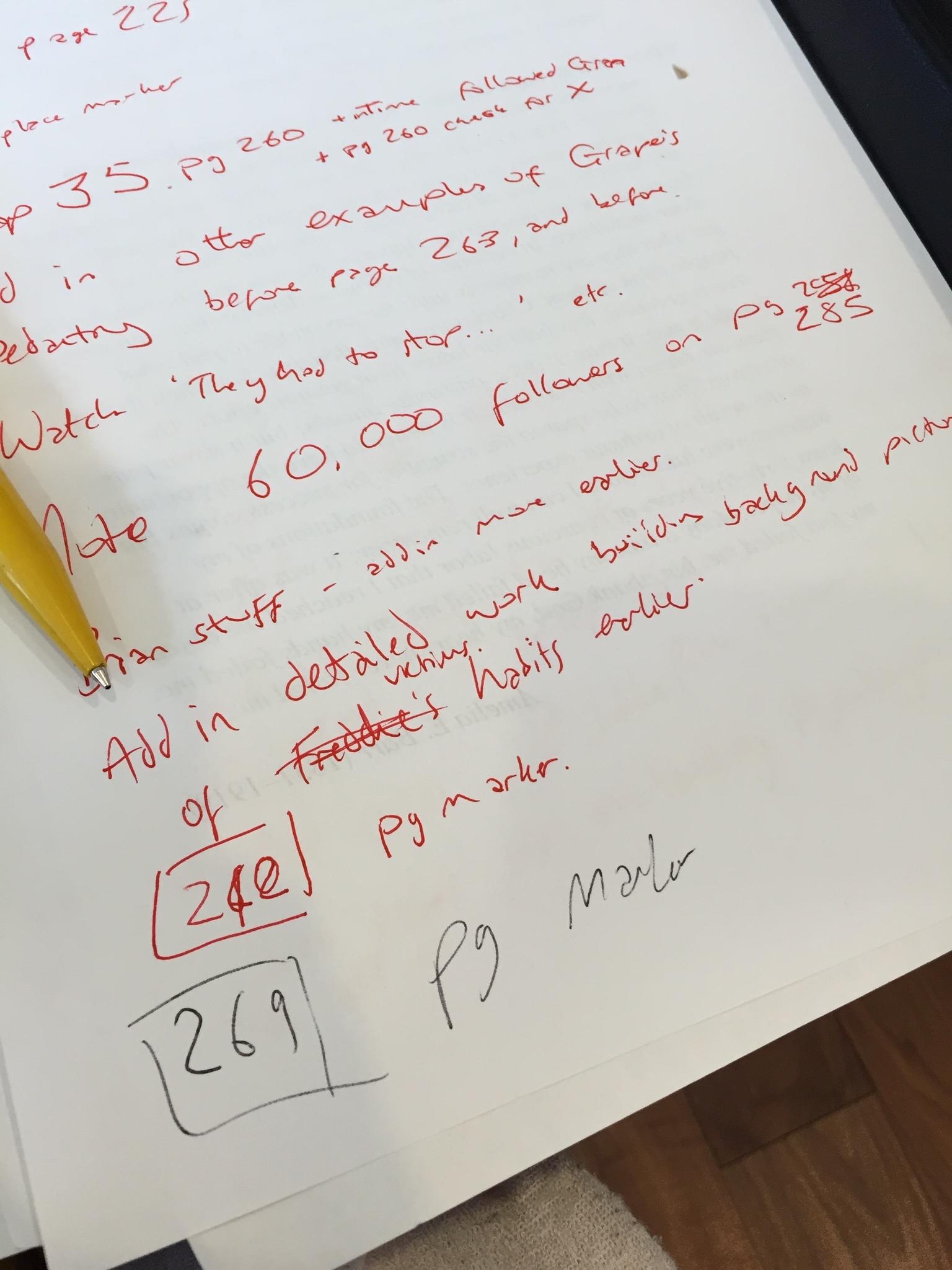 Straight onto keyboard, apart from the odd random note I make by hand to remind myself of character names, plot ideas, and word count. I have a dedicated notebook for each creative project that I keep alongside me as I type. I don’t think my notes would be decipherable by anyone but me. Lots of haphazard single words and snatched sentences.

I come up with my idea, my story, rough out my plot and narrative arc, and often get down the first few chapters, then I use research to build on that initial idea.

I source people who have similar jobs or similar experiences to key characters. For Follow Me I spoke to two young millennial women about their experiences living in London and working in journalism. I also interviewed a woman who’d spent a decade working in a specialised Met police unit. I prefer to interview in person, rather than over email, so the answers given can prompt new lines of questioning. I have a loose framework of questions, but quickly move into general chat territory. I like to understand what the person in question’s world is like. How they see things. How they react to things. What they think about relevant topics. Often an interviewee’s answers shape the experience or plotline a character has. It’s organic: I don’t write fictionalised accounts of their real life experiences, but try to make the characters feel authentic.

Then I write the book. At my final draft stage, I go back and fact check each aspect of the book, again speaking to experts if I need to. For Follow Me I spoke to various police officials, several chemists, a doctor, and the two young journalists I mentioned before. I also do a lot of reading to check details: I have a print out of the Association of Chief Police Officers Murder Investigation Manual, and there’s always good old Google. 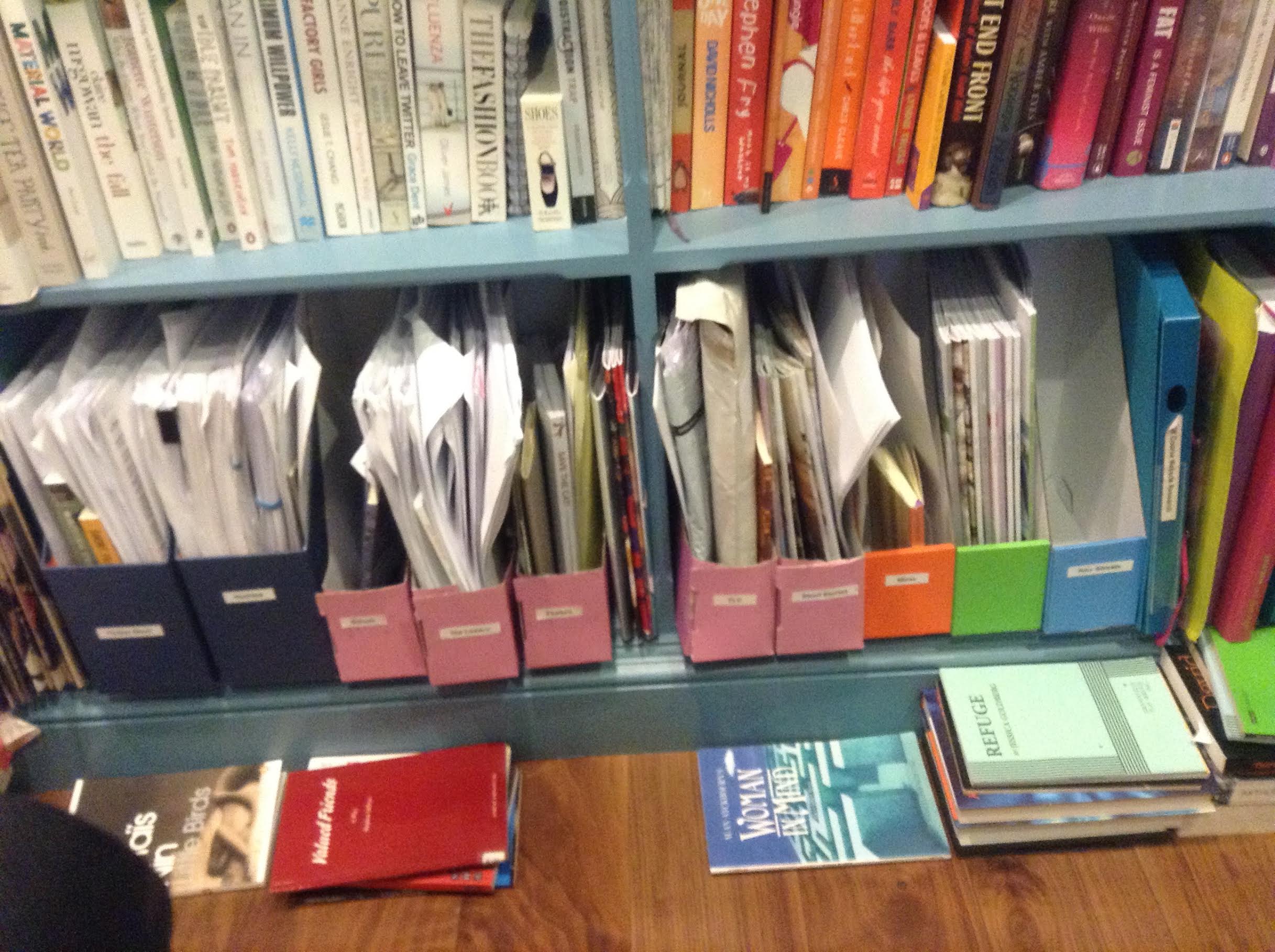 I have a box file for each novel (sometimes two toward the end stages) within which I keep copies of ideas, research, notes, and drafts. I tend to keep a copy of each printed draft until the final has been sent to print. Then I’m drowning in paper, and I try to recycle the excess.

My first draft tends to be quite short: around 45k words. I know the main plot points and write them – and some bridging stuff – first. I mostly write in linear order. Or at least in the order the plot will appear in the final book. As I write things come up – details I haven’t thought of, or plot twists I didn’t foresee. I make it sound like it’s out of my control, and in a way it is: once the characters are flesh and blood in their own world they tend to act in ways I might not have predicted. They become fully formed people and they have to do what they would do, to remain authentic.

When I first started writing I would listen to music to help me concentrate (classical, I find lyrics distracting). Now if I have a block, or I’m struggling to settle into writing, I play classical music and my mind knows it’s time to write. Which makes me the mental equivalent of a dog who will rise onto their hind legs for treats. As time has gone on, I’ve been able to write while listening to a few select other things: Bob Dylan, and Lauren Laverne’s BBC Six music radio show among them. I think it’s to do with their tone. Or their consistency of tone. I’ve been known, when trying to finish a draft, to listen to the iPlayer of Lauren Laverne’s show on repeat. I often work at night, and it’s a great mental trick to hear someone say the time is 10.30am, when in reality it’s four in the morning.

I get lost in the world inside my story. Especially during immersive, deadline driven periods of work. If someone knocks on my door or tries to talk to me there’s a disconnect. A delay. A slight pause before I figure out where I am. Like it used to be when you spoke to someone on the phone in New York. 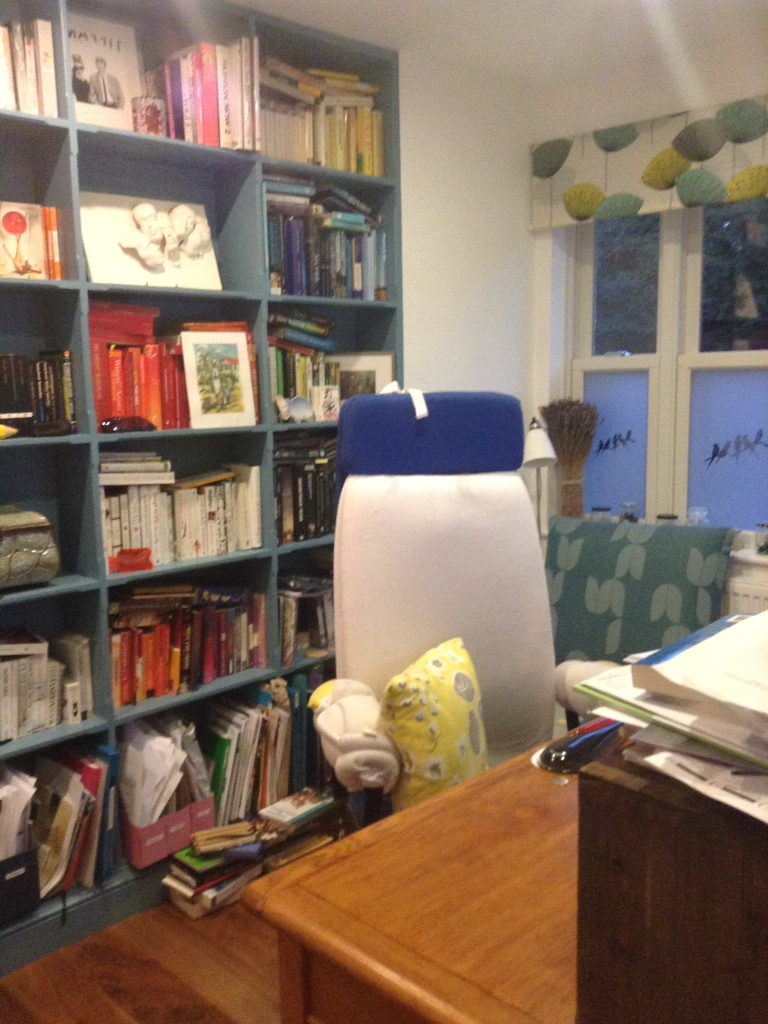 I have my own study at home. A carefully tailored environment to protect my body and my ability to write – I have a generative connective tissue disorder called EDS III. My dad and I pimped my desk chair with a memory foam mattress to provide all over support. I also have an extra cushion that props my arm up, and a neck pillow. I look like I’m being absorbed and assimilated into the soft furnishings. My physio came and approved my desk, chair, screen height etc. Like having your own health and safety officer. It’s worth it: in 2012 an EDS III flare up saw me unable to write or work for six months, when I dislocated my neck. Anything that avoids that happening again is all good with me. 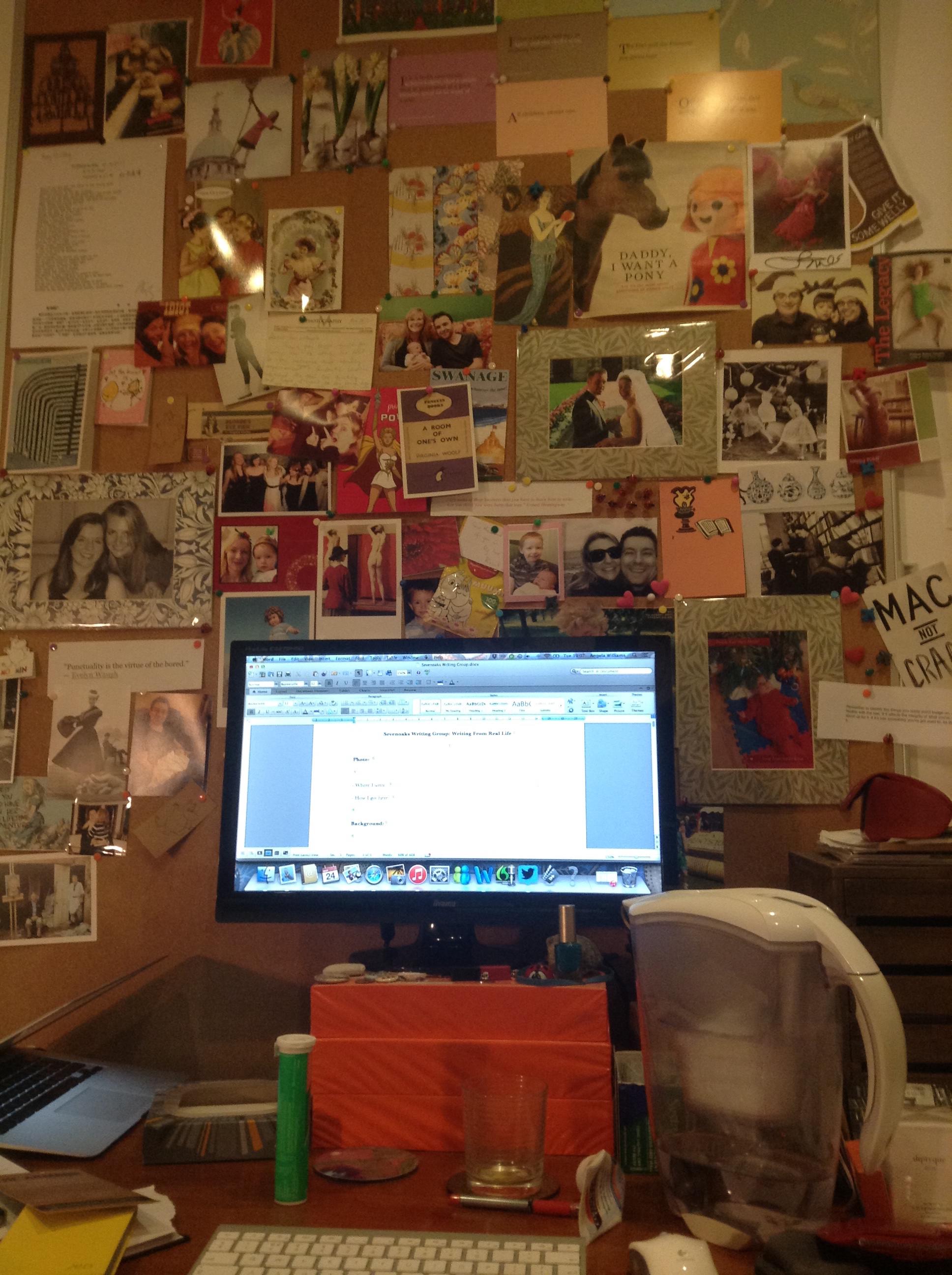 My study houses the majority of my books, and my work, and I have a pin board that covers one wall with inspirational pictures, quotes, and notes from family and friends on it. And as the book I’m working on progresses I gradually cover every remaining wall surface with Magic Whiteboards and timelines. 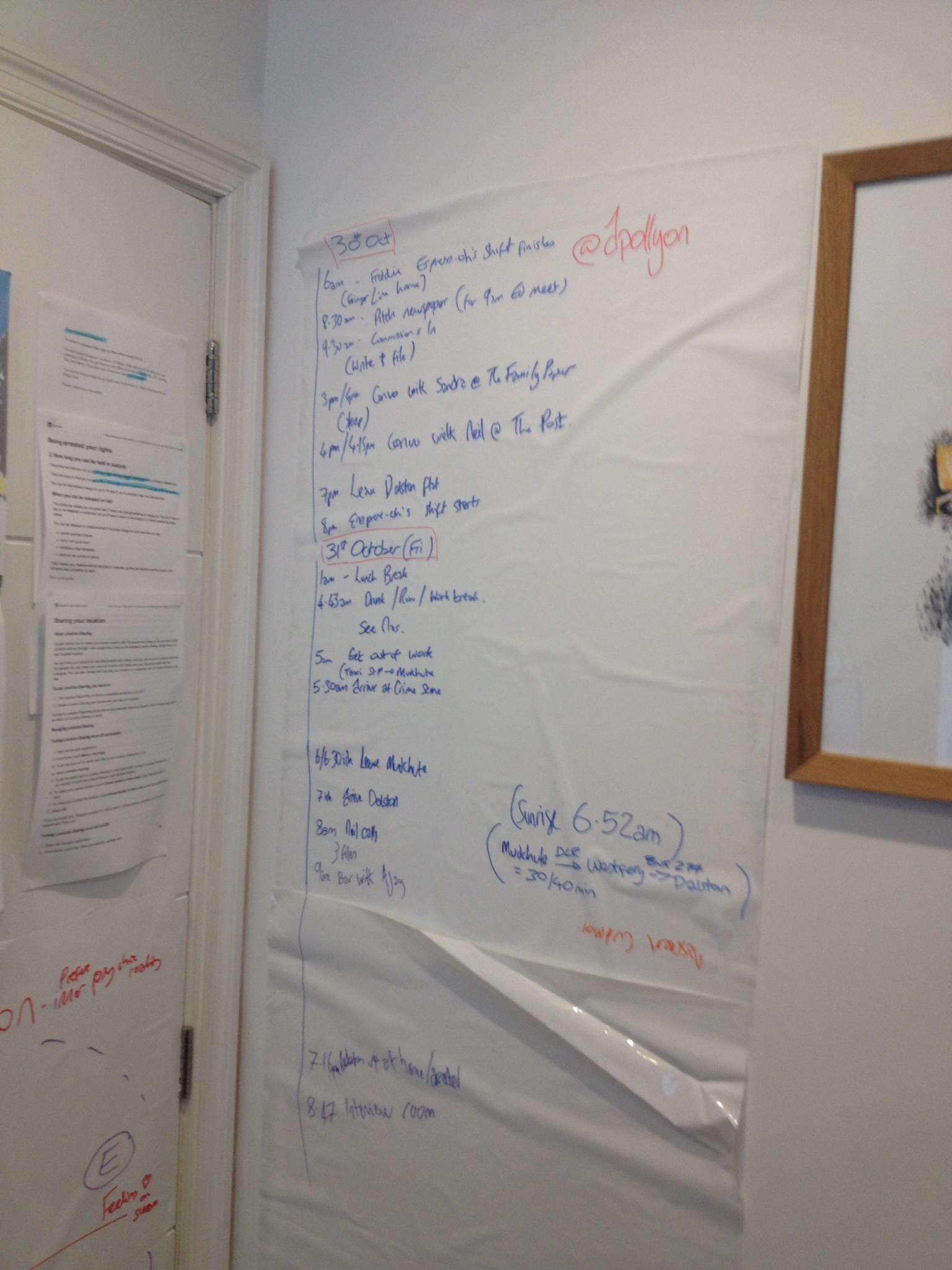 First draft: get everything down. I don’t look back. I don’t even spellcheck. My first draft is just me telling myself the story. It’s my second draft, filling in all the gaps, building in the linking sections, which takes me the longest time to complete.

In my notebook I keep a running tally of my word count for my first draft. Beyond that first draft I don’t tend to keep track, as I can spend hours working on a section only to have less words at the end of it.

Pretty much unreadable by anyone but me, but it can be written quite swiftly (if I can get a fair chunk of uninterrupted time). I can get it down in under two months, if I’m lucky. 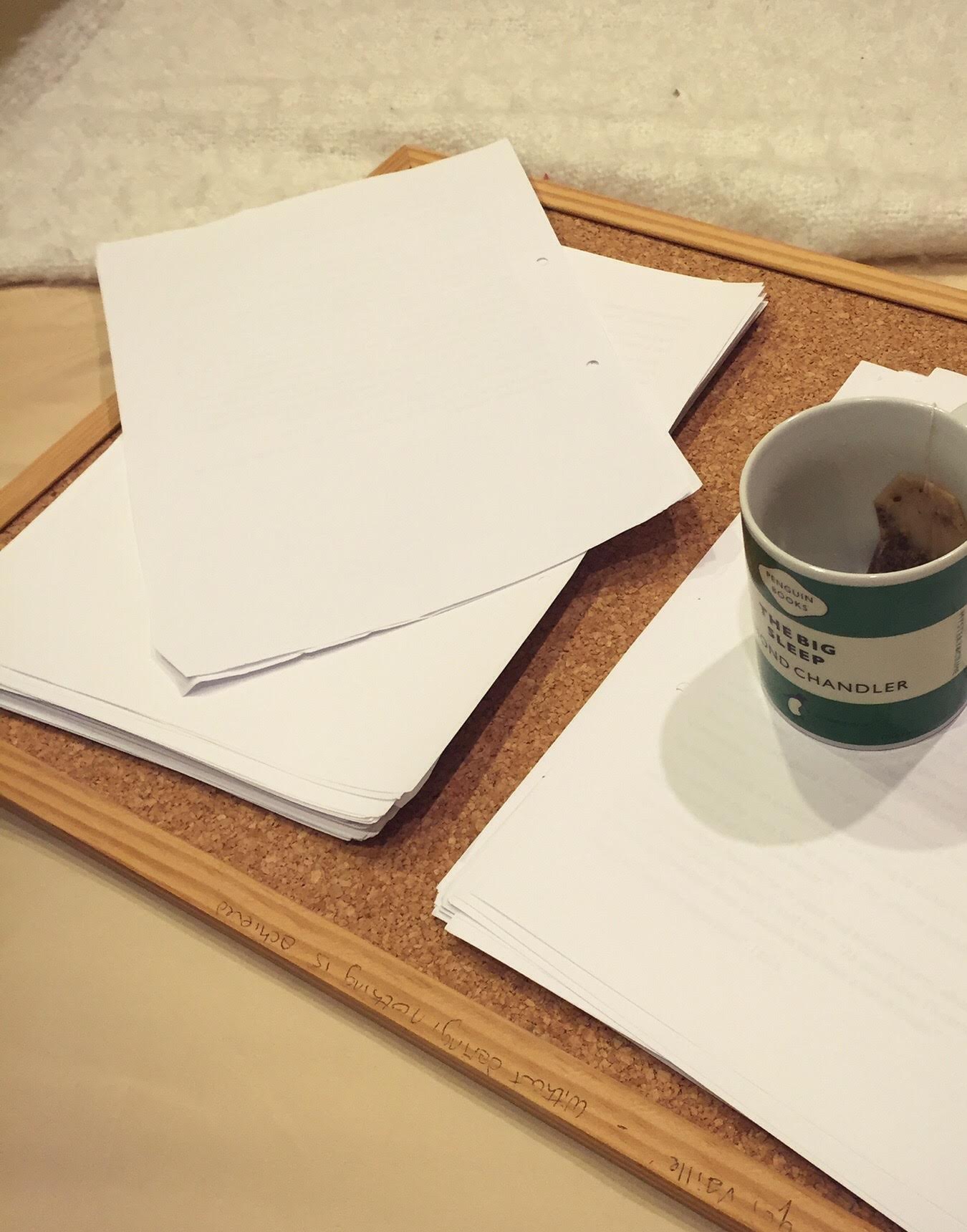 I always print my work to read it through. And I tend to take that away from my study to give myself the fresh eyes of a different location! I will either work in bed (more pillows propping me up and a special ‘lap’ desk) or at a local café.

Thanks so much for having me – it’s been great fun!

You can read my review Here.