Today I have another guest post for you. The subject is revisiting a past novel after a period of time to see if it can be revised and made fresh for a current market.

I’m pleased to welcome Christopher West to the blog. 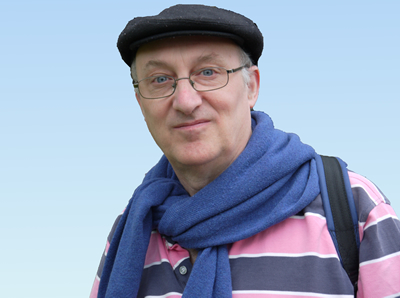 Christopher writes in a range of genres, starting with travel (Journey to the Middle Kingdom), then crime (the China Quartet), then business (the Beermat books) and history.  he likes to look at history through unusual lenses: he’s done two books telling the stories of the UK and America through their postage stamps, and now its ‘Hello Europe!‘, which uses the Eurovision Song Contest as a way of telling the story of Europe since 1956.

He also ghost-writes and co-authors, most recently with NLP / TA  trainer and entrepreneur Robbie Steinhouse on a series of books (his favourite of these is Brilliant Decision Making). He enjoys helping people develop book projects.

Christopher lives in North Herts with his wife and daughter, in a house that was once the country cottage of a remarkable Victorian / Edwardian doctor, James Cantlie, and which was visited several times by his close friend Sun Yat Sen, who is regarded as the Father of Modern China in both mainland China and Taiwan.

Over to you Christopher…

With the rise of the ebook, I decided to revisit a crime series I wrote back in the 1990s. The China Quartet had been liked by critics and sold fairly well – but I’d let it run out of steam for various reasons. As I reread the books, I wondered if I would find them dated and best left on the shelf.

I’m glad to say I didn’t. The series, set in 1990s China, actually seemed to have improved with age. No longer ‘contemporary’, it provided a fascinating view into that country as it began to turn from Maoist backwater to the industrial superpower it is today. In its world, Beijing’s streets were still thronged with ‘Flying Pigeon’ bicycles, but the wrecking balls were beginning to move into the city’s old hutong alleyways. So a tick there.

I had to ensure I still had rights to the texts: luckily three of the four contracts had been signed in the days before ebooks, so there was just a bit of work to do there.

I thought of doing the e-publishing myself. Various gurus say this is a doddle, but actually it isn’t: most of the people who do this best seem to have IT backgrounds. I was lucky to find an author-friendly independent e-publisher. Another tick.

Then there’s the business of reworking the text. This was great fun. I found I could take out chunks of information that I’d thought were essential, and that somehow that information was still in the text anyway, at a subtler level. Less is still more, after thirty years as a professional wordsmith. My new editor was keen on upping the pace by taking colons and semis out of the text (not totally, but quite ruthlessly). Swallowing my love of subtly balanced sentences I did this, and found the narrative did gain pace as a result. I also felt that shorter paragraphs would suit the Kindle format – no doubt for a literary novel this is not necessary, but for popular fiction, albeit intelligent popular fiction, this worked.

There were one or two ‘but how would he know that?’ moments – none of them fatal to the narrative (a sentence somewhere sorted all them). I also changed the name of the detective – since starting the series, I’d read more Chinese mythology, and wanted to feed that back into the text. Bao Zheng is a name that all Chinese will associate with a passion for justice.

The joy of seeing the book on sale again in its new format, with a new cover, was immense. And so is the pleasure of telling people all about it, all over again. Death of a Blue Lantern, the first Inspector Bao Zheng book, is now available as an ebook. Gosh, that feels good!

Death of a Blue Lantern by Christopher West 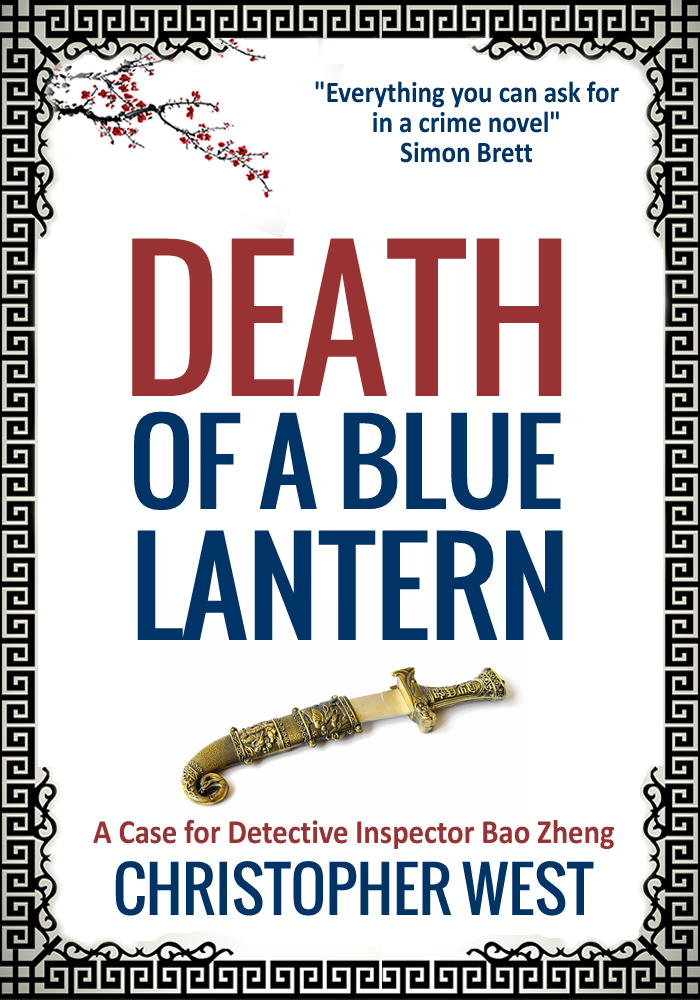 “Everything one can ask for in a crime novel ‒ pace, excitement, and a skilfully contrasted set of characters.” Simon Brett

“The ambivalent morality of modern China is intelligently exposed, but not at the expense of a first-class crime story.” Marcel Berlins, The Times

Beijing, 1991. Detective Inspector Bao Zheng just wants a pleasant evening away from his nation’s booming capital and goes to enjoy some traditional opera. Instead of a rest, he finds himself with a murder on his hands. Who is the anonymous young man stabbed to death in the back row? How close are the victim’s links to the renascent Triads? What is the connection with the glamorous Jasmine Ren, who seems obsessed with life in the west? Is there a connection to the theft of priceless artefacts from an archaeological dig north of the city? The further Bao looks into the mystery, the more he finds himself unable to trust anyone around him. He must act alone and venture unprotected into the capital’s underworld. At the same time, the once-loyal Party member must wrestle with the agonizing politics of post-Tiananmen China. Dare he voice his true feelings about the events of June 4, 1989? Or does it not matter? Has someone already decided he is expendable?
Amazon UK, Amazon.com and Amazon AU