Today I welcome to the blog crime author, Gwen Parrott who is going to talk to us about the process of translating her own novel. 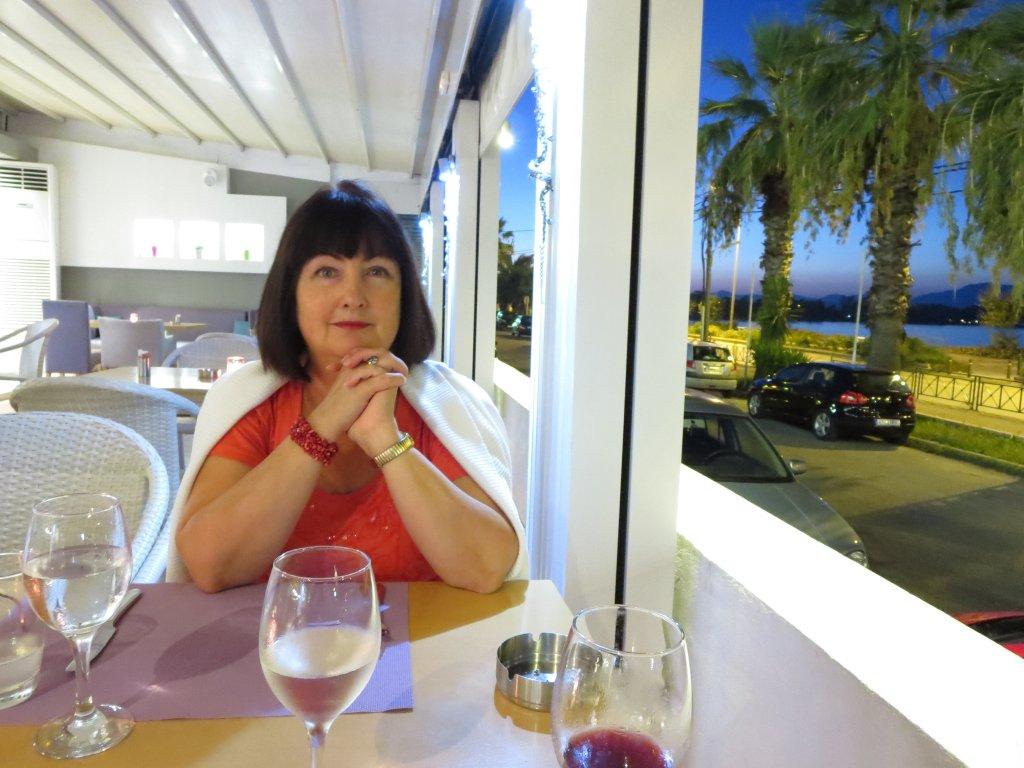 Although now resident in the city of Bristol, Gwen Parrott was born and raised in rural Pembrokeshire, at the far south-west tip of Wales. Working as a translator and having  written for Welsh–language radio, television and theatre, her first love is detective novels. It pains her that Della Arthur, the protagonist ofDead White, is a lot thinner and braver than she is, but such is life.

Over to you Gwen…

It isn’t normal, is it, to translate your own novel? In my innocence, I thought it was. I supposed that all my Welsh speaking compatriot authors would naturally be translating their work at the first opportunity so that friends and family who couldn’t read Welsh would be able to appreciate (or, more likely, criticise) their magnum opus. But the authors who do so are surprisingly few in number, even when they are translators by trade, like me.

Perhaps I should explain how it happens that someone can translate their own novel. Writing a novel is a labour-intensive enterprise, which suggests that you would only wish to do it in the language that comes most naturally to you, that is, your native tongue. But what if you have two native tongues? What if, from your earliest childhood, you have lived in two languages, which have been reinforced by education and circumstances? This is the position for over half a million Welsh speakers. I’m not claiming that their abilities in both languages are equal, but they are all bilingual. Having said that, being bilingual does not necessarily mean that you are a linguist. It appears that if you learn more than one language during that precious window in early life when you are receptive to it and continue to speak both, you can function to a very high level in both languages without displaying the least talent for learning a third. Other people claim that the habit of bilingualism helps in the mental gymnastics required to assimilate more languages.

It never occurred to me, as I said, not to translate my Welsh language novels into English. I started translating them many years ago as a member of a writing group here in Bristol. Too lazy to type out a translation of a chapter every couple of weeks to read to the group, I would translate verbally from Welsh on the spot. It was painful at first but I got better at it as time went on, there were fewer occasions where I blanked out completely and, gradually, I began spot places where I needed to edit or enlarge. I realised that one huge benefit of translating your own novel is that it acts as another layer of editing. It is as if conveying it in another language clears your mind. It divorces you from your emotional attachment to the original, and your only concern is to transmit the sense and style of it. If the original doesn’t allow you to do that, because of lack of clarity or any other reason, you need to go back and review it, and strangely, I find that I’m less reluctant to tackle this than when I’m just doing a read-through. For me, it is more effective than the most careful reading in the original language. I don’t get swept up in the story and ignore vital mistakes.

As for the particular languages concerned, they couldn’t be more different. Welsh is phonetic, ancient, inflected, grammatically complex and historically rural, while English is comparatively modern, has very little grammar in comparison but a vast range of synonyms borrowed from every language under the sun and a difficult spelling system as a result. Welsh is irritatingly precise where English is annoyingly vague. Welsh sentences very often start with the verb in which a personal pronoun is included – the danger then is that every corresponding English sentence starts with ‘he’, ‘she’ or ‘they’. You are forever juggling word order to overcome this.

But the real difficulties are ones which I imagine all translators face. It has often struck me as I read yet another Scandinavian blockbuster that those countries are small, sparsely populated and mountainous, just like Wales, so that when I read a phrase like ‘ he said in his thick Skäne accent’ I do wonder what the Swedish person actually said or, more precisely, whether what the Swedish person said was instantly recognisable to Swedish speakers as being Skäne dialect, but that it can’t be rendered into English, so that the translator has had to add a phrase to make the point. Dead White is set in North Pembrokeshire where we speak a dialect all of our own. Readers would only have to see one sentence of dialogue to realise this – but it only works in Welsh. In English, there are really only two recognisable Welsh accents, North and South. In Welsh itself there are half a dozen or more, as distinct as, say, Geordie or Scouse in English. I have long pondered whether I should point out where characters from other areas come from in the English version, or whether that is making heavy weather of it. Something that is so easy to convey in Welsh becomes a real sticking point in English.

The other puzzle, which was one I didn’t really recognise until I was on top of it, as it were, is how to convey cultural differences. You wouldn’t think that there would be a lot of them, but with a novel set in 1947 in a small village in Wales, you are faced with the dilemma of how to explain the busy religious life of dedicated chapel-goers. What could I call all the different meetings that took place during the year? Their names are largely untranslatable again, and so much part of Welsh culture that even modern readers would recognise them, even if they’d never set foot in a chapel. But in English, you are reduced to ‘Singing Festival’ or ‘Whitsun Meetings’. It feels very flat somehow, perhaps because it has no resonance out of its cultural context. It made me realise that you always do lose something in translation, and it’s inevitable, unless you’re going to spend ages explaining everything. You can’t help wondering what we’re all missing by not being able to read Swedish, Norwegian and Icelandic.

At least I’ve never had to agonise over the author’s meaning and purpose. Well, I wouldn’t, would I?   It’s my meaning and my purpose – if I don’t know, who does? To be fair, it also means that they are my gaffes and my clumsy phrases. I sometimes feel, when I read other people’s novels in English translations that it’s a pity that the authors aren’t in a position to comment on what’s been done. As translators, we all knock ourselves out trying to render the original convincingly. I feel lucky that the only person I have to consult with is myself. 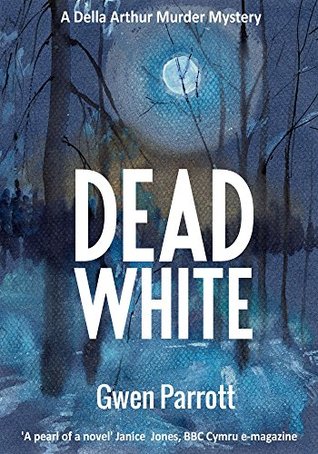 During the harsh winter of 1947, Della Arthur arrives at a remote Pembrokeshire village in the middle of a snowstorm to take up her new job as headteacher of the local primary school. Losing her way from the train station, she comes across a farmhouse and takes shelter there. After finding two dead bodies inside, Della struggles to discover the truth behind their deaths. She soon realises that in this close-knit community, secrets and lies lurk beneath the surface of respectability.

Della must choose who to trust among the inhabitants of this remote village – should she reveal what she knows to the sardonic minister of the local chapel, Huw Richards, or the Italian prisoner of war, Enzo Mazzati? Della finds herself under siege on all sides, and encumbered by an unwelcome lodger, a missing colleague and a disturbed pupil. It is only when her own life is threatened that she understands how dangerous her discoveries in the farmhouse really were.

You can find Gwen on Amazon.