Last night the crime book club met once again on Google+ Hangouts to discuss our latest choice which was The Chalk Circle Man by Fed Vargas.

It was a great meeting as usual. We had a new member join, but unfortunately she wasn’t able to access the hangout, but we are going to work on resolving that for next time. She did sit and listen to us for the full meeting though. We had apologies from Denyse and Steph who were both sick, so we wish them both well and quickly, There are also a couple of other new members joining us next month. It’s so good to see us steadily growing.

Fred Vargas and The Chalk Circle Man. It was a mixed reception to the book but an enjoyment with a mixture of annoyance at the same time. This we were told wasn’t her best book and was not the first to be translated even though it is the first in the series. It’s unique in style and completely sways away from crime genre tropes which maybe throws die-hard crime fans a little. But we all agreed that we have or would read her again. You can watch the meeting below.

The book that has been chosen for next month is In the Blood by Lisa Unger. 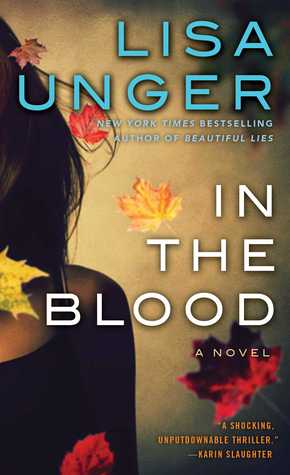 Because I have plans on the night we should be meeting next month, we are putting the meeting back a week so it is Wednesday 25th March. 8 p.m. GMT.

I am also working on something exciting and different for April. Keep your fingers crossed it can be pulled off and it’s something everyone will enjoy! I’ll let you know soon if it can be done.

One last thing, to keep up to date with the books to be voted on (because we don’t get many votes) and dates of meetings etc, it might be worth signing up to the book club newsletter, but don’t sign up if you get the blog posts by email as the information is always on the blog. I wouldn’t want you to get it twice. You can sign up here.