Today I welcome Jane Yates into the First Daft hot-seat. 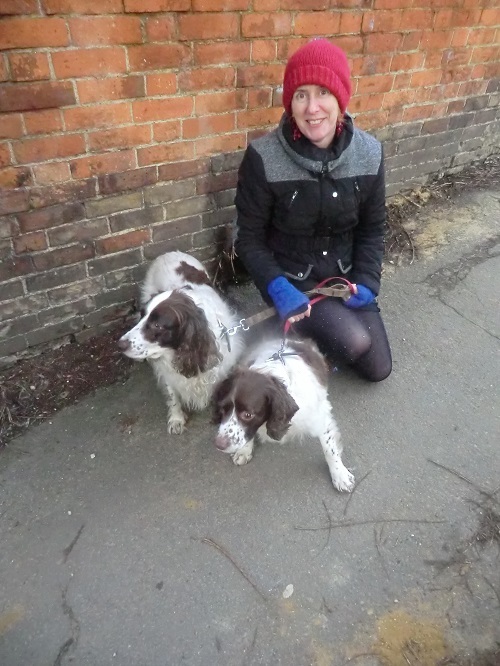 Jane lives in the historic city of Oxford, England with her two spaniels. She works at the Pitt Rivers museum there too and is amazed and inspired by its wondrous array of objects. Being a museum of anthropology and world archaeology, Jane often finds herself influenced by its exhibitions. And indeed it has helped Jane write a trilogy for children – the Paradox Child series.
Jane is not only a mother, artist and storyteller, but dyslexic too, which only highlights her success even more. Jane refuses to allow the disorder to halt her dreams and continues to enjoy her favourite hobbies. Jane is a lover of steampunk, adventure and children’s stories, which often play a huge role in her own books.

Writers never have a day off; there is always something interesting to think about: the colour of the sky, a grumpy old woman at the bus stop. Since I have started writing, which is only just over two years since I hit 50, I have suddenly rediscovered the world around me.

Before writing I just drifted along in life, half asleep, not really noticing the birds singing or how long the queue was at the post office; everything was mundane and bland.

When I started to write about it, everything changed. It was no longer the grumpy old lady at the bus stop; she was a former spy, who had returned here to live in Oxford after defecting from the KGB, and I know this as when I was behind her later in the bus queue she was posting letters to Russia.

So sometimes the ideas popup at moments, and being dyslexic, I really need to write them straight into the computer as my handwriting is so bad, I would need that former Russian spy to decode the sentences for me.

I am not organised. I write the plot as I think of it. The ideas all rush in at once and I struggle to get them down. They are never in the right order so later I cut and paste them into a blank word file.

Straight to keyboard as I write very quickly, but I do stop to take time to consider the names of my characters. For the Paradox Child series, all the females in the main family are named after flowers. Gardening and magic are very important to them.

I start to write by opening the word program on my computer and just write. I often write in the early hours of the morning, between 2.30 and 4. Then go back to sleep for an hour or so, walk the dogs along the cannel, have a cup of tea, then go to work and try and look awake.

For Garden, the main character is called Aberdeen. My ancestors came not far from Aberdeen.
I have never changed the name of a character yet. I think the name of the character gives me their personality. Lots of the people in my book are based on people I know, which can lead to problems if I kill them off in the plot.

I research on Google if something comes up as I am writing about it. But most of what I write is in my head anyway, or I make it up. I love making up spells. My favourite spell I made up (and wish was true) was in Paradox Child for ironing. Oh I wish that was true!

Google is a lifesaver, as I often write in the early hours of the morning, so no library’s open then. I am lucky as I live in Oxford, which is not only filled with wonderful buildings filled with books but also very brainy people.

I am also a qualified gardener, which helped with writing Garden.

Everything in the world is potential story material. And that goes for people to. In Garden Maisy is based on a real dyslexic teenager who heavily influenced the story.

Maisy also kindly read Garden as I wrote it chapter by chapter and gave me some ideas and input.

When my youngest child was still at home, I would read it to her and listen to suggestions, now I read it to Buster and Mandy, the two spaniels, however they don’t offer any feedback. LOL

Oh I wish I was that interesting. I could not imagine writing without a laptop, as I write a lot in bed. I also drink a lot of tea whilst writing. I am still very new to writing and don’t have a lot of confidence, therefore I am very reliant on what my readers think; if they like something, I am happy, if they don’t I am sad. It always makes my day if I get a nice comment or a review.

To me showing something you have written for the first time is like standing naked in front of people.

I very quickly escape into the words, I get totally taken to the place I’m writing about. Sometimes it can be a problem, if I am sneaking a quick write at work, and someone comes in asking for something – like last week, someone came into my room and asked me something, and with out thinking first I answered his question in pirate talk, even finishing with AH Matey. As I finished the sentence and watched his mouth drop to the floor, I hurriedly explained I was writing a pirate story and was in the midst of boarding a ship and had a cutlass in my teeth. (Come to think of it, maybe I should not have tried to explain!)
I really enjoyed writing Garden, I found it was an amazing escape, exploring a large old house, a magic garden, and deep space, friendships to make, plus all the puzzles to solve. FAB all without leaving the comfort of my bed.

I write at home, if on the sofa, it can be covered with spaniels. Or in bed, often surrounded by crisp packets. 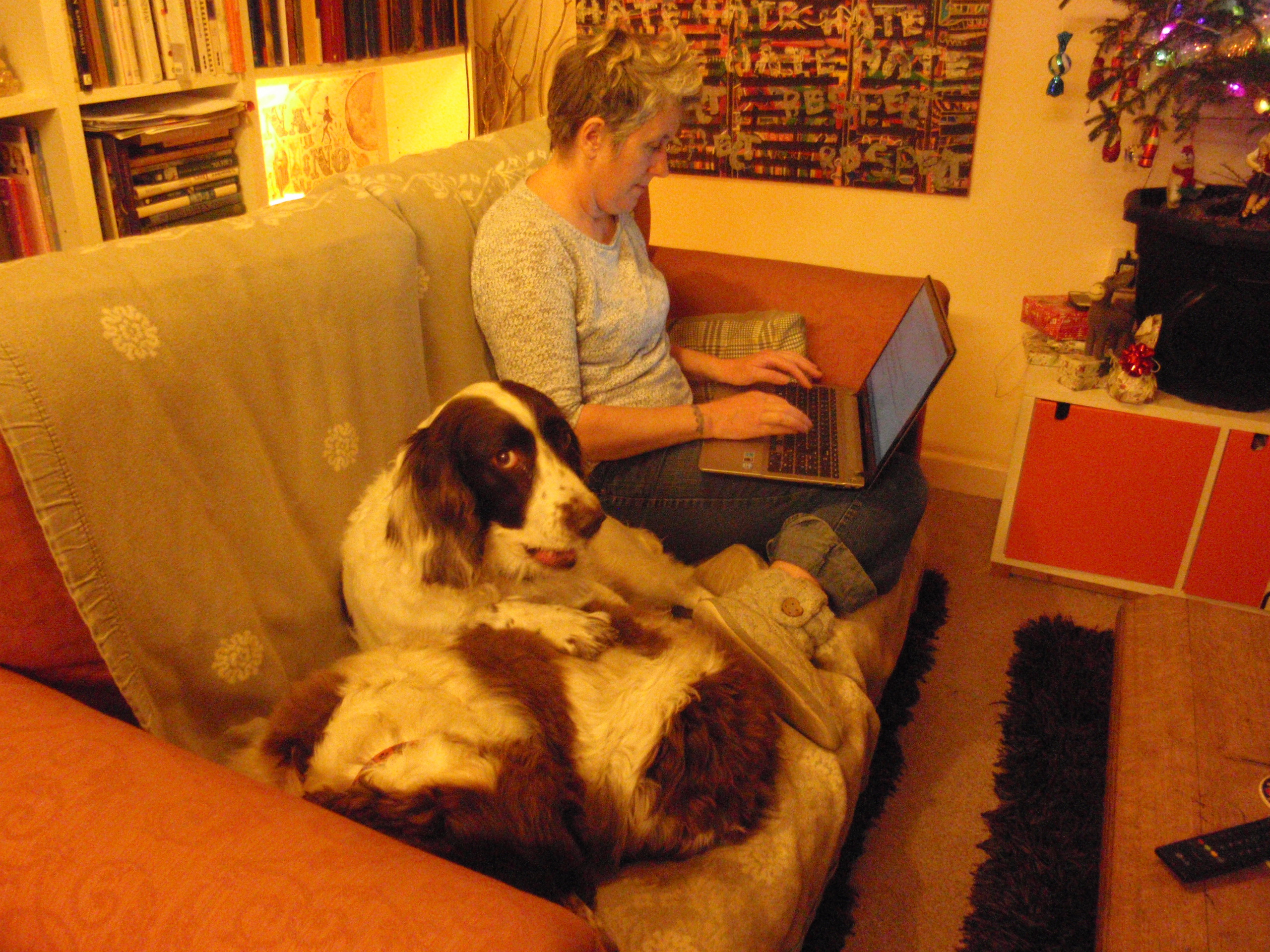 Get the words out always first. Try and edit later.

I have written nearly four books as part of nanowrimo, where you have to write 50,000 word in the month of November. I like doing this. It suits me to write quick and go back and sort it out much later.

So far, books have taken between one month and three months to write and much longer to edit. I was lucky with Garden as Dan Burton edited it first and then Dan Thompson. Dan Thompson is a poet and I have been a great fan of his writing, especially his poetry. Dan added some beautifully descriptive words to my sentences. I have learned so much about writing and constructing sentences with Dan and this book and am so grateful.

I really hope that my books will be made into a movie one day. Then of course they will need to be rewritten. I love the Victorian period and all things steampunk. I think they would all make good movies and if they ever got made into a movie I would love it. I have already met one of the actors I would like to play Pitt Rivers: a Victorian gent and Museum owner. I went to sign books at a steampunk event in Doncaster http://steampunkdoncaster.org and on the stand next to me was Paul Redfern. https://www.facebook.com/celebritypaul

And for Garden it would be amazing to see all the robots being made and come to live. There are several robots in that book and they are all totally different from each other. They all have their characteristics.

Paper, you can’t beat it.

Read, edit, find someone else to edit.
Being an indie author and self-publishing three books on my own and then being lucky enough to have my fourth book Garden being published by Autumn Orchard, I can view the experiences from both sides, and in my case can wholeheartedly say, it’s better to have someone on your team and it gives you a great boost.

I am so grateful to Autumn Orchard for believing in me, and Dan for the process, which has improved my writing.

Thanks for your questions, Jane. 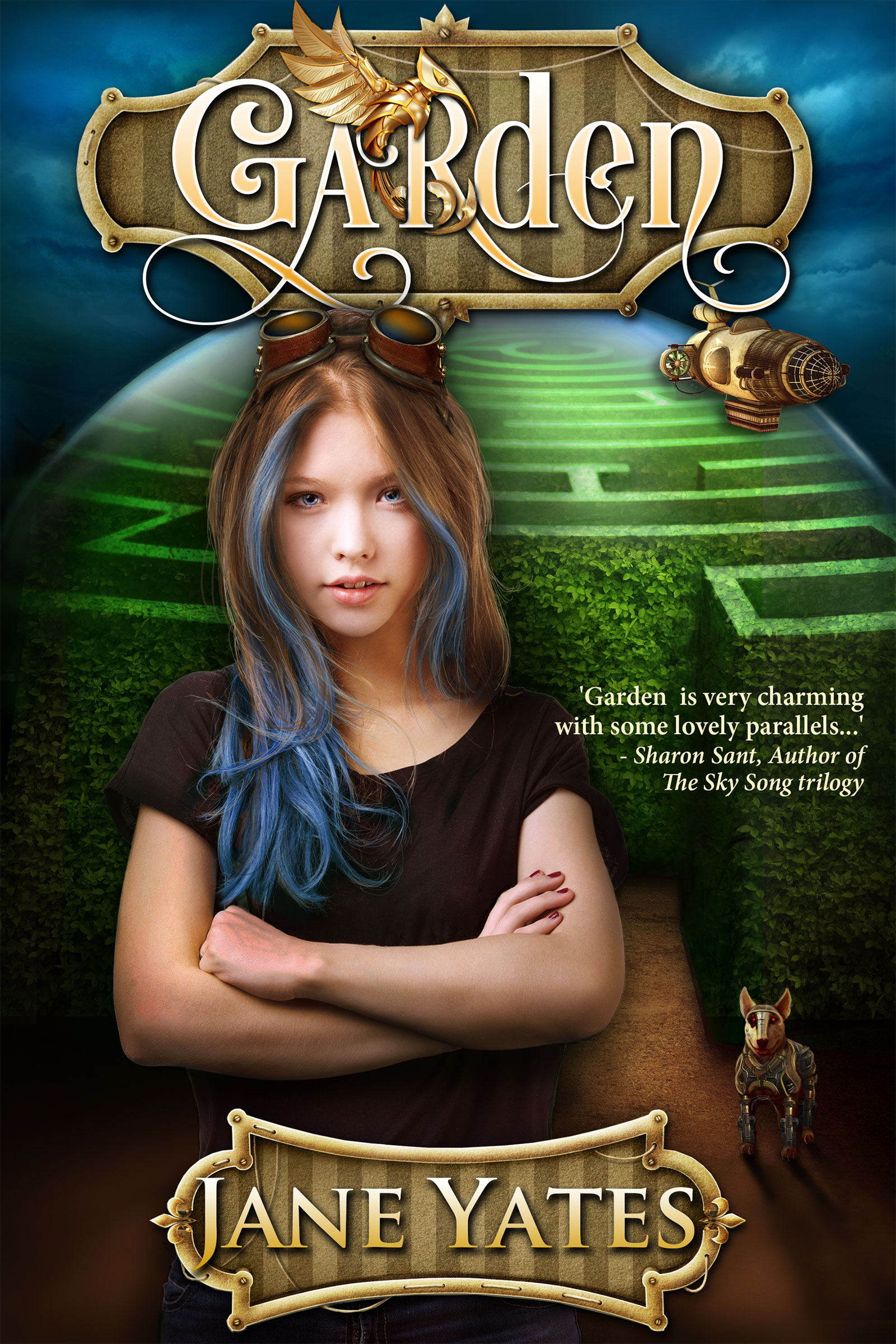 Inspired by the classic novel The Secret Garden, Jane Yates introduces us to a steampunk world of bio-domes, robots and mysteries. Eleven-year-old Aberdeen is so used to being by herself that all she has to fill her thoughts are stories of mighty dragons and grand castles. But Aberdeen’s world is soon thrown into disarray however; her parents murdered.

Having no choice, Aberdeen is sent to live with her uncle back on Earth where her fascination into her new surroundings begin to take hold. It isn’t long before Aberdeen befriends three other children – Maisy, Peter and Lenard.

Oh, and there’s Frank too, Peter’s robot dog, who completes this special circle of friendship.

Garden is a journey of self-discovery, of trials and friendship. With adventure boundless, Jane Yates follows up her acclaimed Paradox Child trilogy with a new tale for young fans of steampunk and science fiction.

This is a lovely book trailer!