If you follow me on Twitter you will know that I have a real interest in science, specifically Earth, Space and Genetics based sciences. I love the world around us and how life exists. It fascinates me. Before I started writing Shallow Waters I was studying Geosciences with the Open University but decided to take a year out to see if I could write the novel I always wanted to write. Writing took my life over, but I hope to go back to finish that degree one day. Should I ever manage to make writing my full time career, I will definitely pick it back up.

Anyway, on Twitter I follow a list of NASA’s titled Astronauts in Space. There I found Commander Chris Hadfield, who has been commanding a three man team on the International Space Station since December last year. He has been live tweeting photographs during his time up there and those images have been retweeted many, many times over. I have done several. They are stunning. 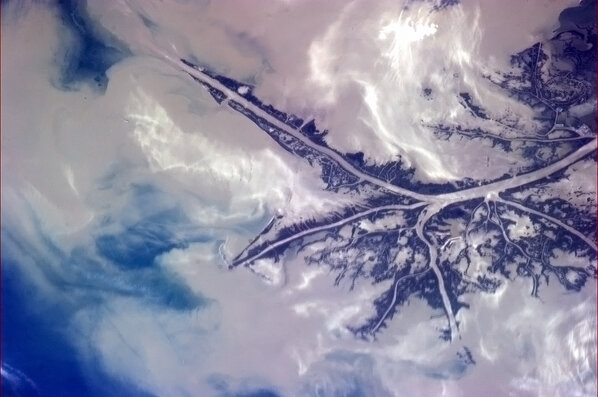 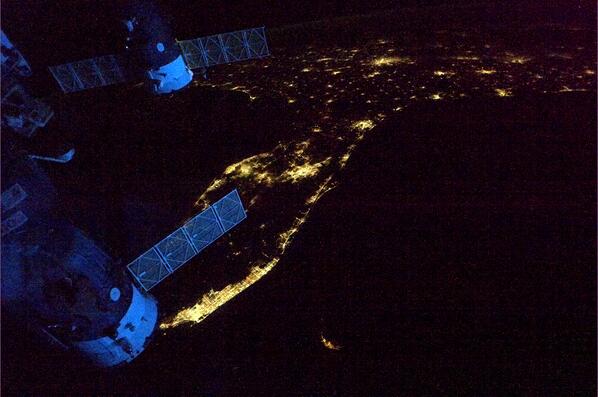 Yesterday Commander Hadfield returned to Earth, but not before making massive leaps in various arena’s and not just scientific, but how we communicate, interact and use social media. Watch this YouTube video clip which he uploaded on 29th January. He was being interviewed for a Canadian television channel and it’s mentioned that he has 160,000 Twitter followers, I’ve just checked and he now has over 900,000. He talks about how the world is viewed and in contrast with world conflict. It’s great stuff.

For an active social network user, I loved that interview.

But then there’s this! Before returning to Earth, Commander Hadfield recorded, David Bowie’s, Space Oddity – From Space! It’s brilliant. It’s amazing! It’s wonderful. Stunning. And it’s so uplifting. I will watch this time and again. And I can’t get the song out of my head!

One of my hero’s of this century. I leave you with the last tweet and image he made before leaving space for Earth;

Spaceflight finale: To some this may look like a sunset. But it’s a new dawn 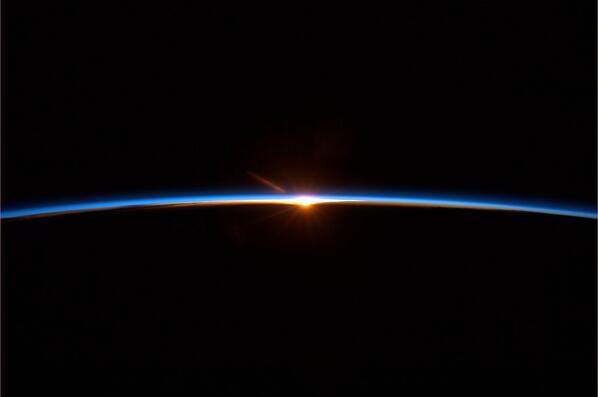