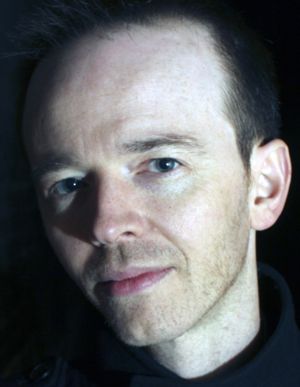 Today I am pleased to welcome author, Mark Edwards to the blog. I thought I’d change the author interview up a little today and have decided to interview Mark on a specific topic, rather than attempt to cover a vast area in a short interview. With recent interest in how authors put themselves out there into the public domain, I thought I’d ask Mark about his thoughts on social networking sites and how these are used and perceived by writers and published authors.

Mark is the co-author, with Louise Voss, of Killing Cupid and Catch Your Death, which were originally self-published. After the two books hit the top two spots on Amazon, Mark and Louise were signed by HarperCollins and both books are now available as paperbacks. Mark also runs a consultancy for indie authors and can be contacted at markandlouise@me.com.

Firstly, welcome to the blog Mark. In February 2011 you launched Killing Cupid on to the Amazon self publishing platform, Kindle. Computers have a massive part to play in our day to day lives now, how involved in social media, were you at that point of self publication?

At what point did you think that social media could be helpful in publicising Killing Cupid and how did you go about doing so?

The first thing we did was announce the book to our Facebook friends, which brought in our first few sales. And every now and then I would post a link on the Kindle group page on Facebook, which would usually generate 1 or 2 sales. Yes, 1 or 2. Same with Twitter. If I tweeted about the book, we might get 1 sale. If we were lucky. Because just tweeting or posting on Facebook does not work, even though when you first publish your book every sale is sacred. Social networks are not great for making sales. What they are good for is networking: meeting other writers, bloggers, taste-makers, people with influence and fans. I quickly realised that the best way to use social networking was to use it as it is intended: for social networking. After all, it’s not called social selling, is it?

I absolutely agree. It drives me mad when I see a twitter timeline filled with tweets about the tweeters books, (I’m a little addicted to Twitter) and I either unfollow or just don’t follow back in the first place.

I often read on blogs that agents and publishers want authors to have social platforms, what do you take this to mean they actually want the writer to do, and do you think it has any real impact on anything and if so, what?

I hadn’t seen that before… I imagine publishers would like evidence that writers are willing to engage with an audience. I really don’t think they choose books based on how many Twitter followers the author has. A lot of hot authors don’t use social networking at all. There are a few writers, like John Green, who have 1m followers and use those followers to get huge advance orders for their books. But very few debut novelists have any social presence at all.

So, overall, your view is that social networks don’t have a strong impact on book sales? Can you explain in a bit more detail, the benefits the presence online gives you? I think it’s a really interesting point to dig into, especially for new and aspiring writers and for already published authors who may not be very comfortable with the social media of today. I think readers will be really pleased to know that authors don’t just tweet lists of their books! For instance I tweet a lot of day to day rubbish also.

Social networking is helpful, but endlessly tweeting links doesn’t work. It’s about engagement, and social media is a great way for writers and readers to connect with each other. In the past, if you wanted to chat with readers – or if readers wanted to contact writers – there was a big barrier. Social media has helped pull down those barriers, so everyone can connect and chat and even make friends. I’m sure there are some writers out there who shudder at the thought of ‘chatting’ with readers, but I absolutely love it. When you connect with people on Twitter or Facebook, they are more likely to be interested in you and what you do. It’s basic human nature. And that makes them more likely to buy your book and tell their friends about your book. I must stress that for me this is a nice side-benefit of using social media. The main part is, as I said above, being able to connect with book lovers. If they then go on to buy my books, that’s a bonus.

So for your average hard working author who doesn’t have a million twitter followers, what do you think the positives of social networking are and what, if any, are the negatives?

The positives are that, in what can be a very lonely and solitary occupation, Twitter and Facebook act like a water cooler: a place where you can gather with other writers, readers and publishing types for a chat. It’s a great way to make contacts and you can find readers, but doing so at volume is hard. The negatives… Well, it’s very easy to look like an idiot on social media and damage your own reputation. So you have to be careful what you say! And the temptation to bang on about yourself and post links to your books can be strong. You have to resist.

Thank you for a great interview Mark, it’s been a pleasure to have you. 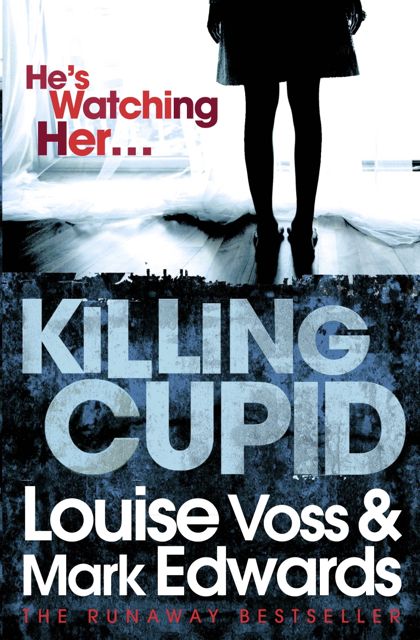 You can find Mark on his websites Voss and Edwards and IndieIQ, on Twitter and of course Killing Cupid Here