Last night the virtual crime book club met and discussed Good as Dead by Susan Walter. We were also very lucky to have Susan join us for the first twenty minutes of the meeting for a Q&A on the book and her writing process. It was so great to chat with her, she was lovely and enthusiastic, though it was a little frightening as an author who plots out her novels when she said she pants her way through hers and didn’t know what was coming next! It really was an interesting chat, so watching the below video is worth it for that segment alone.

The group were split on their opinions of the book this month, but some members did say they’d read Susan’s next release.

The below video is cut off quite abruptly. If you watch it, you’ll notice I start looking a little baffled and mess around with my earpods. I lose sound and no one else can hear me either. I then start writing notes and things get seriously funny, but it’s that which I cut off, I’m afraid. In the end I logged out and then back in again and the problem was resolved. I have no idea what happened. Technology is great until it goes wrong! But don’t worry, you don’t miss much. We were near the end anyway.

Below are the books to vote on for our next read. This month is an open nomination/read, which is where there is no theme. Members can suggest any book, any author, any sub-genre. It’s something we do every few months as I know not all the books can be enjoyed by everyone, so with an open month, members get the chance to nominate a book they really fancy reading. To nominate a book you need to be at the meeting the evening before to find out what the next theme is. If you still haven’t joined but want to find out more, go HERE.

The next meeting is 8 pm BST (UK time zone) Monday 20th May. We have members zoom in from around the world, UK, US, Australia and France. If you’ve been thinking about it, do check us out.

Now to the vote. To vote for your favourite book  comment below with the title. You have until the end of Friday 27th May. I look forward to seeing what we’re reading next!

One Left Behind by Carla Kovach 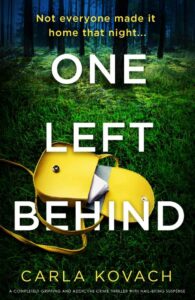 Music and loud voices echo through the woods surrounding her. Wiping her tears, she hears the rustle of leaves close by. Footsteps. She has no time to scream before a hand covers her mouth and her entire world goes black.

In a patch of forest on the outskirts of a small town, five teenage school friends prepare to spend a night away from home. Carrying their tents and sleeping bags, they laugh and joke as they make their way into the darkest part of the woods, away from prying eyes. But as the sun rises the following morning, only four are left alive.

Devastated, Leah’s friends all swear they didn’t see or hear anything. Her best friend sobs as she recounts what she remembers from that night – dancing, roasting marshmallows, sipping warm cans of beer by the fire – but is it grief, or is she hiding something? What happened to Naomi in the hour that no one can account for? And what troubled past lies behind the perfect manners of the boy who organised the trip, and who is prepared to lie to keep it buried? 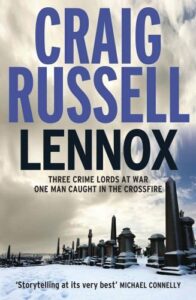 Glasgow, 1953: the war may be over but the battle for the streets is just beginning. Three crime bosses control the murky streets, but a small-scale con is trying to invade their territory. The balance is shifting. Lennox, a hard man in a hard city at a hard time, finds himself caught in the middle – a dangerous place to be.

One night, a body is discovered on the road, his head mashed to pulp, and Lennox is in the frame for murder. The only way of proving his innocence is to solve the crime – but he’ll have to dodge men more deadly than Glasgow’s crime bosses before he gets any answers.

The first in a unique and memorable crime series, Lennox is gritty, fast-paced, mordantly funny and totally compelling. 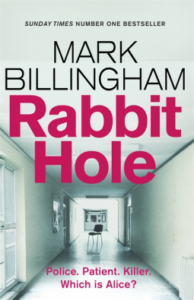 Alice Armitage is a police officer. Or she was.

Or perhaps she just imagines she was.

Whatever the truth is, following a debilitating bout of PTSD, self-medication with drink and drugs, and a psychotic breakdown, Alice is now a long-term patient in an acute psychiatric ward.

When one of her fellow patients is murdered, Alice becomes convinced that she has identified the killer and that she can catch them. Ignored by the police, she begins her own investigation. But when her prime suspect becomes the second victim, Alice’s life begins to unravel still further as she realizes that she cannot trust anyone, least of all herself.

Tell Me Your Secret by Dorothy Koomson 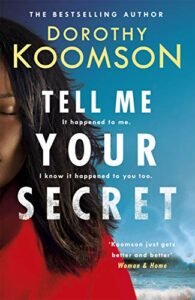 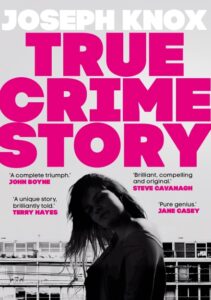 In the early hours of Saturday 17 December 2011, Zoe Nolan, a nineteen-year-old Manchester University student, walked out of a party taking place in the shared accommodation where she had been living for three months.

She was never seen again.

Seven years after her disappearance, struggling writer Evelyn Mitchell finds herself drawn into the mystery. Through interviews with Zoe’s closest friends and family, she begins piecing together what really happened in 2011. But where some versions of events overlap, aligning perfectly with one another, others stand in stark contrast, giving rise to troubling inconsistencies.

Shaken by revelations of Zoe’s secret life, and stalked by a figure from the shadows, Evelyn turns to crime writer Joseph Knox to help make sense of a case where everyone has something to hide.

Zoe Nolan may be missing presumed dead, but her story is only just beginning 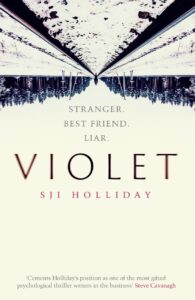 When two strangers end up sharing a cabin on the Trans-Siberian Express, an intense friendship develops, one that can only have one ending … a nerve-shattering psychological thriller from bestselling author SJI Holliday

Carrie’s best friend has an accident and can no longer make the round-the-world trip they’d planned together, so Carrie decides to go it alone.

Violet is also travelling alone, after splitting up with her boyfriend in Thailand. She is also desperate for a ticket on the Trans-Siberian Express, but there is nothing available.

When the two women meet in a Beijing Hotel, Carrie makes the impulsive decision to invite Violet to take her best friend’s place.

Thrown together in a strange country, and the cramped cabin of the train, the women soon form a bond. But as the journey continues, through Mongolia and into Russia, things start to unravel – because one of these women is not who she claims to be…

A tense and twisted psychological thriller about obsession, manipulation and toxic friendships, Violet also reminds us that there’s a reason why mother told us not to talk to strangers…