I was unable to make last night’s meeting, so want to thank Marina for taking the host role from me for the evening. I’ve watched the video and she did a brilliant job. Thank you Marina.

The book club discussed February’s read, which was Crossbones Yard by Kate Rhodes. It was a pretty mixed bag of views, with one member having already having read the next book in the series and others using the word predictable in relation to the story. So, as you can see. It divided the group. As all good books do! If you want to view the meeting, watch the video below. For some reason, when another person hosts the meeting, even though they have their own settings on gallery view, it always records on a one to one setting, with only the person speaking being on screen at a time. Whereas when I’m recording as owner of the zoom platform we use, it records the gallery view. I’ve viewed it and it doesn’t spoil the experience.

The books we are voting on for next month are below. Read the blurbs and leave your vote in the comments below. You have until the end of Friday to cast your vote. The theme for the month is exotic locations, which can be widely interpreted. The next meeting is Monday 28th March 8pm GMT (British time zone).

A Necessary Evil by Abir Mukherjee 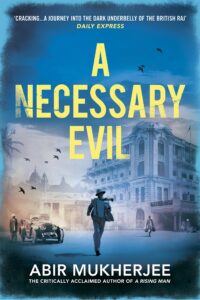 India, 1920. Captain Wyndham and Sergeant Banerjee of the Calcutta Police Force investigate the dramatic assassination of a Maharajah’s son.

The fabulously wealthy kingdom of Sambalpore is home to tigers, elephants, diamond mines and the beautiful Palace of the Sun. But when the heir to the throne is assassinated in the presence of Captain Sam Wyndham and Sergeant ‘Surrender-Not’ Banerjee, they discover a kingdom riven with suppressed conflict. Prince Adhir was a moderniser whose attitudes – and romantic relationship – may have upset the more religious elements of his country, while his brother – now in line to the throne – appears to be a feckless playboy.

As Wyndham and Banerjee desperately try to unravel the mystery behind the assassination, they become entangled in a dangerous world where those in power live by their own rules and those who cross their paths pay with their lives. They must find a murderer, before the murderer finds them…

Places in Darkness by Chris Brookmyre 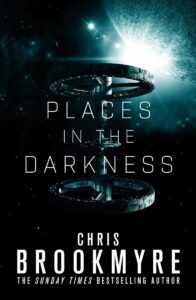 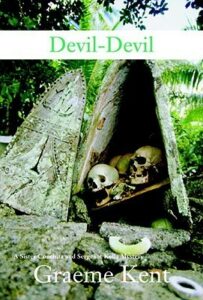 It’s not easy being Ben Kella. As a sergeant in the Solomon Islands Police Force, as well as an aofia, a hereditary spiritual peacekeeper of the Lau people, he is viewed with distrust by both the indigenous islanders and the British colonial authorities. In the past few days he has been cursed by a magic man, stumbled across evidence of a cargo cult uprising, and failed to find an American anthropologist who had been scouring the mountains for a priceless pornographic icon. Then, at a mission station, Kella discovers an independent and rebellious young American nun, Sister Conchita, secretly trying to bury a skeleton. The unlikely pair of Kella and Conchita are forced to team up to solve a series of murders that tie into all these other strange goingson. Set in the 60’s in one of the most beautiful and dangerous areas of the South Pacific, Devil-Devil launches an exciting new series. 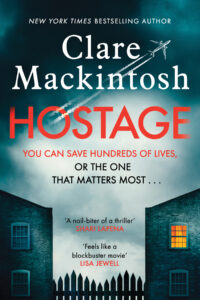 You can save hundreds of lives. Or the one that matters most.

A claustrophobic thriller set over twenty hours on one airplane flight, with the heart-stopping tension of The Last Flight and the wrenching emotional intensity of Room, Hostage takes us on board the inaugural nonstop flight from London to Sydney.

Mina is trying to focus on her job as a flight attendant, not the problems of her five-year-old daughter back home, or the fissures in her marriage. But the plane has barely taken off when Mina receives a chilling note from an anonymous passenger, someone intent on ensuring the plane never reaches its destination. Someone who needs Mina’s assistance and who knows exactly how to make her comply. 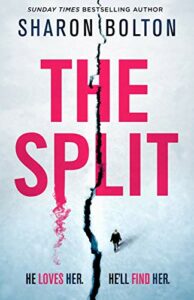 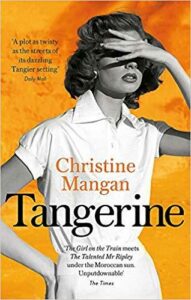 The last person Alice Shipley expected to see when she arrived in Tangier with her new husband was Lucy Mason. After the horrific accident at Bennington, the two friends – once inseparable roommates – haven’t spoken in over a year. But Lucy is standing there, trying to make things right. Perhaps Alice should be happy. She has not adjusted to life in Morocco, too afraid to venture out into the bustling medinas and oppressive heat. Lucy, always fearless and independent, helps Alice emerge from her flat and explore the country. But soon a familiar feeling starts to overtake Alice – she feels controlled and stifled by Lucy at every turn. Then Alice’s husband, John, goes missing, and she starts to question everything around her…