The vote is complete and this month it’s pretty unanimous, we’re reading Crossbones Yard by Kate Rhodes. The first book in the Alice Quentin series.

The meeting to discuss the book over zoom is Monday 28th February at 8pm GMT (UK timezone).

If you haven’t yet signed up to the book club, you can sign up HERE. 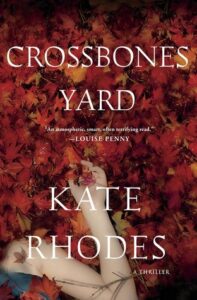