Last night the book club met for the first time in 2022. We had a full house and a new member. It was a great evening. We discussed Snow by John Banville which had been our December choice. The main point from the discussion was that we had selected what we had hoped would be a light-hearted read for the festive period but this was far from that as the topic covered was child abuse and this is not even hinted at in the book’s blurb. So do be warned if you’re sensitive to the topic and want to read the book.

The video below is the club meeting. It contains spoilers, so don’t watch if you intend to read the book.

The following books listed are for the choices for our next read. It’s an open month this month. Members could recommend any book they wanted to. The next meeting falls in January again, on Monday 31st January at 8pm GMT (UK timezone). If you aren’t yet a member but want to know more about how the club works and to sign up, go to this page HERE.

Now for the vote. Leave your vote in the comments below.  You have until the end of Friday 7th to vote.

For Your Own Good by Samantha Downing 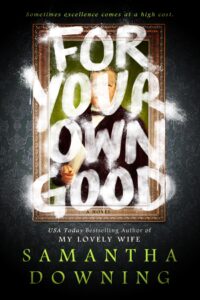 Teddy Crutcher has won Teacher of the Year at the esteemed Belmont Academy, home to the best and brightest.

He says his wife couldn’t be more proud—though no one has seen her in a while.

Teddy really can’t be bothered with the death of a school parent that’s looking more and more like murder or the student digging a little too deep into Teddy’s personal life. His main focus is on pushing these kids to their full academic potential.

All he wants is for his colleagues—and the endlessly meddlesome parents—to stay out of his way.

It’s really too bad that sometimes excellence can come at such a high cost. 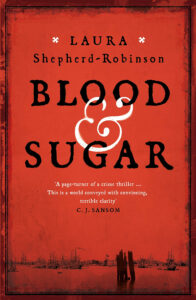 The Dark by Emma Haughton 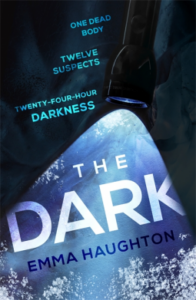 In the most inhospitable environment – cut off from the rest of the world – there’s a killer on the loose.

A&E doctor Kate North has been knocked out of her orbit by a personal tragedy. So when she’s offered the chance to be an emergency replacement at the UN research station in Antarctica, she jumps at the chance. The previous doctor, Jean-Luc, died in a tragic accident while out on the ice.

The move seems an ideal solution for Kate: no one knows about her past; no one is checking up on her. But as total darkness descends for the winter, she begins to suspect that Jean-Luc’s death wasn’t accidental at all. And the more questions she asks, the more dangerous it becomes for them all . .

The Blood Divide by A A Dhand 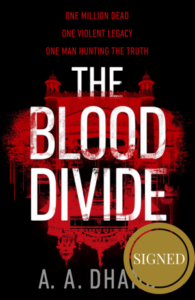 The last thing Jack Baxi expected when a detective rang his doorbell in the middle of the night was that he’d be tortured and left for dead, with a young woman he’s never met before.

Now, running for their lives, Jack and Aisha frantically try to discover why the detective was so convinced they both have information on a missing person. Jack is a Sikh corner shopkeeper with a criminal record. Aisha is a Muslim medical student from a wealthy family. What could possibly connect them?

Their desperate hunt for answers will take them on a perilous journey, from the sprawling underground markets and dangerous red-light district of Delhi all the way to the most militarized zone in India.

But little do they know, a dangerous organisation is watching their every move – and they’ll do whatever it takes to stop Jack and Aisha learning the truth . . .

The Night Gate by Peter May 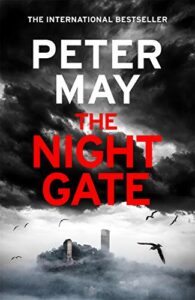 The body of a man shot through the head is disinterred by the roots of a fallen tree.

A famous art critic is viciously murdered in a nearby house.

Both deaths have occurred more than 70 years apart.

Asked by a forensic archaeologist in Paris to take a look at the site of the former, Enzo Macleod quickly finds himself embroiled in the investigation of the latter, and two narratives are set in train – one historical, unfolding against a backdrop of real events in Occupied France in the 1940s; the other contemporary, set in a France going back into Covid lockdown in the autumn of 2020.

At the heart of both is da Vinci’s Mona Lisa.

Tasked by de Gaulle to keep the world’s most famous painting out of Nazi hands after the fall of France in 1940, 28-year-old Georgette Pignal finds herself swept along by the tide of history. Following in the wake of the Mona Lisa as it is moved from chateau to chateau by the Louvre, she finds herself both wooed and pursued by two Germans sent to steal it for rival patrons – Hitler and Göring.

What none of them know is that the Louvre has secretly engaged the services of the 20th century’s greatest forger to produce a duplicate of the great lady, one that even those who know her well find hard to tell apart. The discovery of its existence is the thread that links both narratives. And both murders. 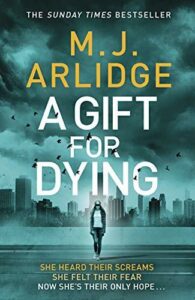