Last night the Virtual Crime Book Club discussed The Nothing Man by Catherine Ryan Howard. We were also lucky enough to have Catherine present for the first fifteen minutes answering questions on the book and her writing process. She was an absolute pleasure to have, so thank you, Catherine.

The book was an overwhelming success with the members. It was one of the most popular books we have yet discussed. You can view the meeting on the video below. There are very definite spoilers involved so please don’t watch if you haven’t yet read the book.

For August we are reading a book by a US author, any sub -genre of crime. We have a few US members and I always have to check the choices we vote on are available on the US Amazon store, so this month I thought we’d make it much easier for the US members.

Please vote for your choice by the end of Friday. The next meeting is Monday 16th August at 8pm BST (UK time zone).

A Deadly Influence by Mike Omer 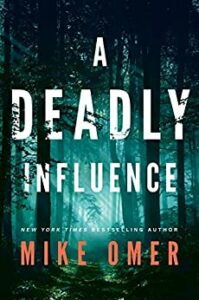 Lieutenant Abby Mullen is no stranger to crisis. As the hostage negotiation instructor for the NYPD, she deals with worst-case scenarios every day. Nothing fazes her anymore.

That all changes when she gets a call from Eden Fletcher, a fellow survivor of the infamous Wilcox cult. The two haven’t spoken since the night of a tragic, fiery massacre, when their paths diverged. But now Eden needs Abby’s help: someone has kidnapped her son and is demanding a $5 million ransom. As Abby throws herself into the case, she can’t help but wonder why the kidnapper has targeted Eden. But Eden refuses to talk. She’s silent about the relics of their shared past hanging on her walls. About the kidnapper’s possible motives. About what’s happened in the years since she and Abby parted ways.

As the truth closes in, Abby realizes that her past may not be as far behind as she thought…and it’s come home to collect.

A Steep Price by Robert Dugoni 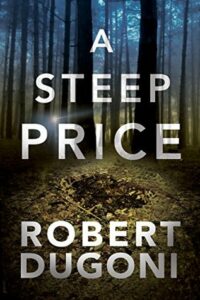 Called in to consult after a young woman disappears, Tracy Crosswhite has the uneasy feeling that this is no ordinary missing-persons case. When the body turns up in an abandoned well, Tracy’s suspicions are confirmed. Estranged from her family, the victim had balked at an arranged marriage and had planned to attend graduate school. But someone cut her dreams short.

Solving the mystery behind the murder isn’t Tracy’s only challenge. The detective is keeping a secret of her own: she’s pregnant. And now her biggest fear seems to be coming true when a new detective arrives to replace her. Meanwhile, Tracy’s colleague Vic Fazzio is about to take a fall after his investigation into the murder of a local community activist turns violent and leaves an invaluable witness dead.

Two careers are on the line. And when more deadly secrets emerge, jobs might not be the only things at risk.

The Last Place by Laura Lippman 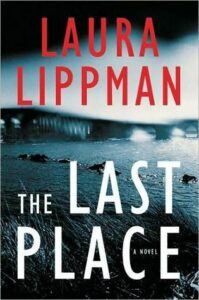 Private Investigator Tess Monaghan knows all about the darker side of human nature, not least from her days as a reporter. But she never expected to be on the receiving end of a court sentence to attend six months’ counselling for Anger Management.

Tess starts the counselling – but then her attention turns to a series of unsolved homicides. They appear to be overlooked cases of domestic violence. But the more Tess investigates, the more she is convinced that there is just one culprit.

The Maryland State Police are sure that the serial killer Tess is now looking for is dead. So he can’t be a threat. Can he? But he is very much alive and has found another victim to stalk: Tess.

The Lies we Bury by Elle Marr 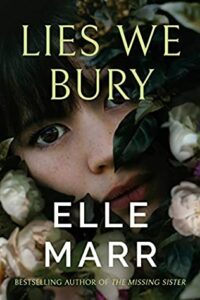 I was born in captivity…

Two decades ago Marissa Mo escaped a basement prison—the only home she’d ever known. At twenty-seven, Marissa’s moved beyond the trauma and is working under a new name as a freelance photographer. But when she accepts a job covering a string of macabre murders in Portland, it’s impossible for Marissa not to remember.

Everything is eerily familiar. The same underground lairs. Sad trinkets and toys left behind, identical to those Marissa had as a child. And then there is the note meant just for her that freezes Marissa’s blood: See you soon, Missy.

To determine the killer’s next move, Marissa must retrieve her long-forgotten memories and return to a past she’s hidden away. But she won’t be facing her fears alone. Someone is waiting for her in the dark.

A Superior Death by Nevada Barr 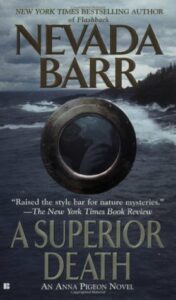 Park ranger Anna Pigeon returns, in a mystery that unfolds in and around Lake Superior, in whose chilling depths sunken treasure comes with a deadly price. In her latest mystery, Nevada Barr sends Ranger Pigeon to a new post amid the cold, deserted, and isolated beauty of Isle Royale National Park, a remote island off the coast of Michigan known for fantastic deep-water dives of wrecked sailing vessels. Leaving behind memories of the Texas high desert and the environmental scam she helped uncover, Anna is adjusting to the cool damp of Lake Superior and the spirits and lore of the northern Midwest. But when a routine application for a diving permit reveals a grisly underwater murder, Anna finds herself 260 feet below the forbidding surface of the lake, searching for the connection between a drowned man and an age-old cargo ship. Written with a naturalist’s feel for the wilderness and a keen understanding of characters who thrive in extreme conditions, A Superior Death is a passionate, atmospheric page-turner.

Y For Yesterday by Sue Grafton 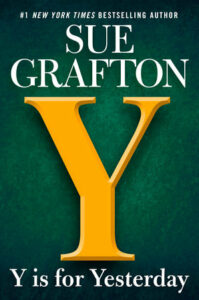 The darkest and most disturbing case report from the files of Kinsey Millhone, Y is for Yesterday begins in 1979, when four teenage boys from an elite private school sexually assault a fourteen-year-old classmate—and film the attack. Not long after, the tape goes missing and the suspected thief, a fellow classmate, is murdered. In the investigation that follows, one boy turns state’s evidence and two of his peers are convicted. But the ringleader escapes without a trace.

Now, it’s 1989 and one of the perpetrators, Fritz McCabe, has been released from prison. Moody, unrepentant, and angry, he is a virtual prisoner of his ever-watchful parents—until a copy of the missing tape arrives with a ransom demand. That’s when the McCabes call Kinsey Millhone for help. As she is drawn into their family drama, she keeps a watchful eye on Fritz. But he’s not the only one being haunted by the past. A vicious sociopath with a grudge against Millhone may be leaving traces of himself for her to find…