Last night the virtual crime book club discussed the YA book, The Good Girl’s Guide to Murder by Holly Jackson. It was a great meeting. We had a couple of new members join us, which was lovely to see. The meeting was fun, we discussed the differences between YA crime fiction and adult crime. The majority of the group enjoyed the book and a couple of members even said they would search out the follow-on book and read that.

Unfortunately this month there’s no video to view as there is every other month. It will return next month. Apologies to those who like to view it.

We do however have a list of books for you to vote on.

This coming month we are reading spy thrillers. The next meeting is Monday 22nd June at 8pm GMT (UK Time zone). Please sign up HERE to join the book club and receive the zoom login details for the meeting which you’ll receive the day before.

To vote on the following books, leave a comment with your chosen book. The vote closes at the end of day on Friday. I’ll email the winning book out next weekend. 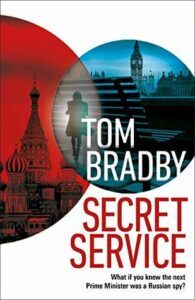 The world is on the brink of crisis.
The Cold War is playing out once more on the global stage.
And governments will do whatever it takes to stay at the top . . .

To those who don’t really know her, Kate Henderson’s life must seem perfectly ordinary. But she is in fact a senior MI6 officer, who right now is nursing the political equivalent of a nuclear bomb.

Kate’s most recent mission has yielded the startling intelligence that the British Prime Minister has cancer – and that one of the leading candidates to replace him may be a Russian agent of influence.

Up against the clock to uncover the Russian mole, Kate risks everything to get to the truth. But with her reputation to uphold, her family hanging by a thread and a leadership election looming, she is quickly running out of options, and out of time.

Capture of Kill by Tom Marcus 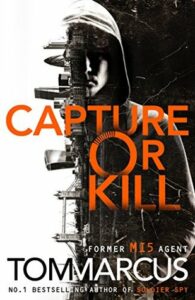 Matt Logan is an MI5 agent for the British government. Working on the frontline of counter-terrorism in the UK he’s trained to protect its citizens against all threats.

When two brothers known operationally as ‘Iron Sword’ and ‘Stone Fist’ are suspected of plotting a major terrorist event, Logan and his team work undercover to track them down. If they fail, an attack will be unleashed that will rock the country to its very core.

Frustrated by always needing to obey the rules, Logan yearns for a way to break through the red tape that hinders their progress. His wishes seem to come true when he is offered the chance to join a new, deniable outfit known as ‘Blindeye’.

Then devastating news reaches Logan, throwing his world into turmoil. But one thing remains certain, he will join the team and become their fiercest, most ruthless operative . . . 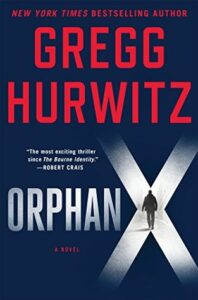 The Nowhere Man is a legendary figure spoken about only in whispers. It’s said that when he’s reached by the truly desperate and deserving, the Nowhere Man can and will do anything to protect and save them.

But he’s no legend.

Evan Smoak is a man with skills, resources, and a personal mission to help those with nowhere else to turn. He’s also a man with a dangerous past. Chosen as a child, he was raised and trained as part of the off-the-books black box Orphan program, designed to create the perfect deniable intelligence assets—i.e. assassins. He was Orphan X. Evan broke with the program, using everything he learned to disappear.

Now, however, someone is on his tail. Someone with similar skills and training. Someone who knows Orphan X. Someone who is getting closer and closer. And will exploit Evan’s weakness—his work as The Nowhere Man—to find him and eliminate him. Grabbing the reader from the very first page, Orphan X is a masterful thriller, the first in Gregg Hurwitz’s electrifying new series featuring Evan Smoak. 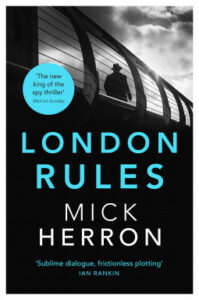 London Rules might not be written down, but everyone knows rule one.

Regent’s Park’s First Desk, Claude Whelan, is learning this the hard way. Tasked with protecting a beleaguered prime minister, he’s facing attack from all directions himself: from the showboating MP who orchestrated the Brexit vote, and now has his sights set on Number Ten; from the showboat’s wife, a tabloid columnist, who’s crucifying Whelan in print; and especially from his own deputy, Lady Di Taverner, who’s alert for Claude’s every stumble.

Meanwhile, the country’s being rocked by an apparently random string of terror attacks, and someone’s trying to kill Roddy Ho.

Over at Slough House, the crew are struggling with personal problems: repressed grief, various addictions, retail paralysis, and the nagging suspicion that their newest colleague is a psychopath. But collectively, they’re about to rediscover their greatest strength – that of making a bad situation much, much worse.

It’s a good job Jackson Lamb knows the rules. Because those things aren’t going to break themselves.

I am Pilgrim by Terry Hayes 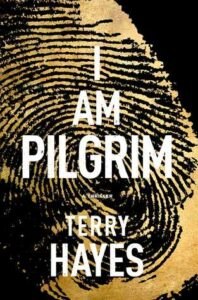 A breakneck race against time…and an implacable enemy. An anonymous young woman murdered in a run-down hotel, all identifying characteristics dissolved by acid. A father publicly beheaded in the blistering heat of a Saudi Arabian public square. A notorious Syrian biotech expert found eyeless in a Damascus junkyard. Smoldering human remains on a remote mountainside in Afghanistan. A flawless plot to commit an appalling crime against humanity. One path links them all, and only one man can make the journey. Pilgrim. (Be aware when voting – this book is over 600 pages long, if that makes a difference.)

Need to Know by Karen Cleveland 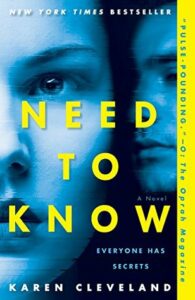 In pursuit of a Russian sleeper cell on American soil, a CIA analyst uncovers a dangerous secret that will test her loyalty to the agency—and to her family.

What do you do when everything you trust might be a lie?

Vivian Miller is a dedicated CIA counterintelligence analyst assigned to uncover the leaders of Russian sleeper cells in the United States. On track for a much-needed promotion, she’s developed a system for identifying Russian agents, seemingly normal people living in plain sight.

After accessing the computer of a potential Russian operative, Vivian stumbles on a secret dossier of deep-cover agents within America’s borders. A few clicks later, everything that matters to her—her job, her husband, even her four children—are threatened.

Vivian has vowed to defend her country against all enemies, foreign and domestic. But now she’s facing impossible choices. Torn between loyalty and betrayal, allegiance and treason, love and suspicion, who can she trust?

I look forward to seeing you again next month!