The Virtual Crime Book Club discussed Attica Locke’s Bluebird Bluebird last night. The majority of the group loved the book and agreed they would read the next book in the series.

To watch the meeting click on the video below, but be warned, it does contain spoilers. So please don’t watch if you haven’t yet read the book but do intend to.

For April we are reading a YA (young adult) crime novel. Please read the blurbs for the following books and leave your vote in the comments. The vote will finish at the end of day on Friday.

The next meeting will be 8 pm GMT (UK time zone) Monday 19th April.

One of Us is Lying by Karen M McManus 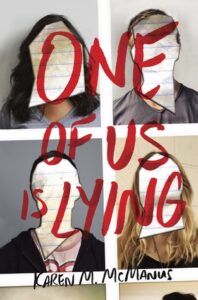 The Breakfast Club meets Pretty Little Liars, One of Us Is Lying is the story of what happens when five strangers walk into detention and only four walk out alive. Everyone is a suspect, and everyone has something to hide.

On Monday afternoon, five students at Bayview High walk into detention.
Bronwyn, the brain, is Yale-bound and never breaks a rule.
Addy, the beauty, is the picture-perfect homecoming princess.
Nate, the criminal, is already on probation for dealing.
Cooper, the athlete, is the all-star baseball pitcher.
And Simon, the outcast, is the creator of Bayview High’s notorious gossip app.

Only, Simon never makes it out of that classroom. Before the end of detention, Simon’s dead. And according to investigators, his death wasn’t an accident. On Monday, he died. But on Tuesday, he’d planned to post juicy reveals about all four of his high-profile classmates, which makes all four of them suspects in his murder. Or are they the perfect patsies for a killer who’s still on the loose?
Everyone has secrets, right? What really matters is how far you would go to protect them.

A Good Girls Guide to Murder by Holly Jackson 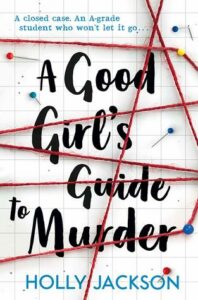 The case is closed. Five years ago, schoolgirl Andie Bell was murdered by Sal Singh. The police know he did it. Everyone in town knows he did it.

But having grown up in the same small town that was consumed by the murder, Pippa Fitz-Amobi isn’t so sure. When she chooses the case as the topic for her final year project, she starts to uncover secrets that someone in town desperately wants to stay hidden. And if the real killer is still out there, how far will they go to keep Pip from the truth?

They Wish They Were Us by Jessica Goodman 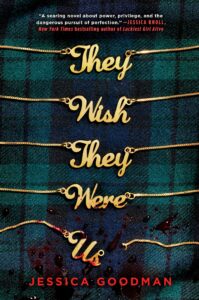 A murder mystery set against the backdrop of an exclusive prep school on Long Island.

In Gold Coast, Long Island, everything from the expensive downtown shops to the manicured beaches, to the pressed uniforms of Jill Newman and her friends, looks perfect. But as Jill found out three years ago, nothing is as it seems.

Freshman year Jill’s best friend, the brilliant, dazzling Shaila Arnold, was killed by her boyfriend. After that dark night on the beach, Graham confessed, the case was closed, and Jill tried to move on.

Now, it’s Jill’s senior year and she’s determined to make it her best yet. After all, she’s a senior and a Player–a member of Gold Coast Prep’s exclusive, not-so-secret secret society. Senior Players have the best parties, highest grades and the admiration of the entire school. This is going to be Jill’s year. She’s sure of it.

But when Jill starts getting texts proclaiming Graham’s innocence, her dreams of the perfect senior year start to crumble. If Graham didn’t kill Shaila, who did? Jill vows to find out, but digging deeper could mean putting her friendships, and her future, in jeopardy. 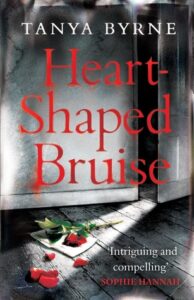 They say I’m evil. The police. The newspapers. The girls from school who shake their heads on the six o’clock news and say they always knew there was something not quite right about me. And everyone believes it. Including you. But you don’t know. You don’t know who I used to be.

Who I could have been.

Awaiting trial at Archway Young Offenders Institution, Emily Koll is going to tell her side of the story for the first time.

Heart-Shaped Bruise is a compulsive and moving novel about infamy, identity and how far a person might go to seek revenge. 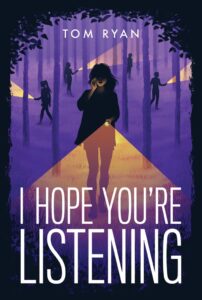 In her small town, seventeen year-old Delia “Dee” Skinner is known as the girl who wasn’t taken. Ten years ago, she witnessed the abduction of her best friend, Sibby. And though she told the police everything she remembered, it wasn’t enough. Sibby was never seen again.At night, Dee deals with her guilt by becoming someone else: the Seeker, the voice behind the popular true crime podcast Radio Silent, which features missing persons cases and works with online sleuths to solve them. Nobody knows Dee’s the Seeker, and she plans to keep it that way.When another little girl goes missing, and the case is linked to Sibby’s disappearance, Dee has a chance to get answers, with the help of her virtual detectives and the intriguing new girl at school. But how much is she willing to reveal about herself in order to uncover the truth? Dee’s about to find out what’s really at stake in unraveling the mystery of the little girls who vanished.

Bet Your Life by Jane Casey 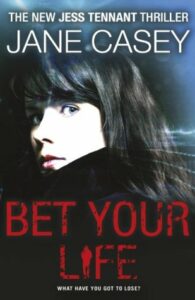 Jess Tennant has now been living in a tiny town on the English seaside for three months, and is just beginning to relax and think of it as home after the traumatic events of last summer. But in the small hours of Halloween night, a teenage boy is left for dead by the side of the road. Seb Dawson has a serious head injury and may not survive. Jess might not have liked Seb much, but surely he didn’t deserve this. The police don’t seem to be taking the attack very seriously, but Jess can’t just let it go, and she takes matters into her own hands.

As she investigates, Jess discovers that Seb was involved in some very dangerous games. A secret predator around girls, he would do whatever it took to abuse them, from lying and blackmail to spiking drinks. Could a group of vengeful victims be behind his attack? Or is there someone else with a grudge against Seb, who will stop at nothing to silence him?