The book was well received by the group. You can watch the video to see their full thoughts, but bear in mind before you watch that there may be spoilers involved, if you haven’t yet read the book yourself.

For the meeting in March we have an open month where members could nominate for the vote, any crime book that they wished. The next meeting is Monday 22nd March, 8pm GMT (UK time zone).

If you haven’t yet joined the book club we’d love to have you. Check out this page HERE to see what it’s all about and follow the link to sign up.

Please read the blurbs for the following books and leave your vote in the comments. Voting closes at the end of Friday.

The Hunting Party by Lucy Foley 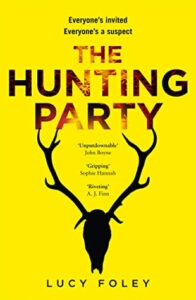 All of them are friends. One of them is a killer.

During the languid days of the Christmas break, a group of thirtysomething friends from Oxford meet to welcome in the New Year together, a tradition they began as students ten years ago. For this vacation, they’ve chosen an idyllic and isolated estate in the Scottish Highlands—the perfect place to get away and unwind by themselves.

They arrive on December 30th, just before a historic blizzard seals the lodge off from the outside world.

Two days later, on New Year’s Day, one of them is dead.

The trip began innocently enough: admiring the stunning if foreboding scenery, champagne in front of a crackling fire, and reminiscences about the past. But after a decade, the weight of secret resentments has grown too heavy for the group’s tenuous nostalgia to bear. Amid the boisterous revelry of New Year’s Eve, the cord holding them together snaps.

Keep your friends close, the old adage goes. But just how close is too close? 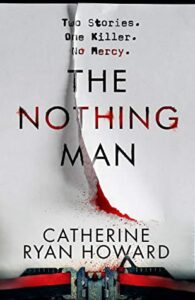 I was the girl who survived the Nothing Man.
Now I am the woman who is going to catch him…

You’ve just read the opening pages of The Nothing Man, the true crime memoir Eve Black has written about her obsessive search for the man who killed her family nearly two decades ago.

Supermarket security guard Jim Doyle is reading it too, and with each turn of the page his rage grows. Because Jim was – is – the Nothing Man.

The more Jim reads, the more he realizes how dangerously close Eve is getting to the truth. He knows she won’t give up until she finds him. He has no choice but to stop her first…

Extraordinary People by Peter May 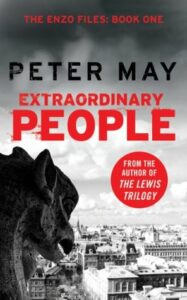 Ten years ago, Jacques Gaillard disappeared from Paris. No investigation has yet led to any clue as to whether he is missing – or murdered. Challenged to solve the mystery once and for all, Enzo Macleod must use new science to crack a cold case. Once a forensics expert in his native Scotland, he’s been reduced to teaching biology in Toulouse. But this is a job he can’t refuse. Gaillard tutored the most powerful men in France; he had old friends in high places

Finally he finds a trace of Gaillard; unfortunately, it’s only his head. So when he discovers items imbedded within the skull, it gives Enzo the perfect chance to put his skills to use – and send him on a trail after the rest of the missing man. Unaware that he’s also following in the footsteps of their murderer…

Please note this novel has previously been published in the US under the title DRY BONES, but this ebook edition retains the original title. (Side note from me – I found the book on Amazon US under the title Extraordinary People so please check both if this title wins the vote.) 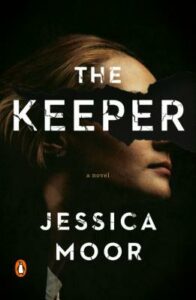 When Katie Straw’s body is pulled from the waters of the local suicide spot, the police are ready to write it off as a standard-issue female suicide. But the residents of the domestic violence shelter where Katie worked disagree. These women have spent weeks or even years waiting for the men they’re running from to catch up with them. They know immediately: This was murder.

Still, Detective Dan Whitworth and his team expect an open-and-shut case–until they discover evidence that suggests Katie wasn’t who she appeared. Weaving together the investigation with Katie’s final months as it barrels toward the truth, The Keeper is a riveting mystery and a searing examination of violence against women and the structures that allow it to continue, marking the debut of an incredible new voice in crime fiction. 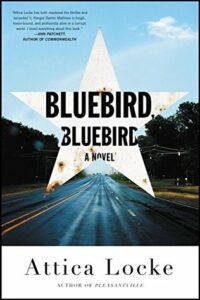 When it comes to law and order, East Texas plays by its own rules–a fact that Darren Mathews, a black Texas Ranger, knows all too well. Deeply ambivalent about growing up black in the lone star state, he was the first in his family to get as far away from Texas as he could. Until duty called him home.

When his allegiance to his roots puts his job in jeopardy, he travels up Highway 59 to the small town of Lark, where two murders–a black lawyer from Chicago and a local white woman–have stirred up a hornet’s nest of resentment. Darren must solve the crimes–and save himself in the process–before Lark’s long-simmering racial fault lines erupt.

A rural noir suffused with the unique music, color, and nuance of East Texas, Bluebird, Bluebird is an exhilarating, timely novel about the collision of race and justice in America. 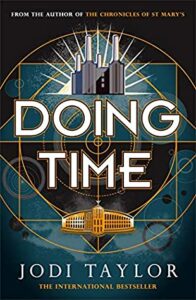