The members have voted and the winning book for classic crime month is; 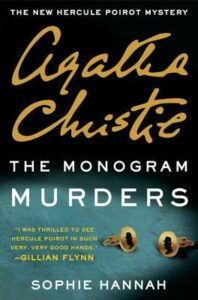 The meeting is Monday 2nd November at 8pm GMT (UK time zone). If you are not yet a member of the book club and would like to join us in reading The Monogram Murders, then please do as we’d love to have you. Simply sign up HERE.