As I mentioned in THIS POST it’s been difficult for some people to read during lockdown. Stress has played a big part in that. And yet reading and books are a real escape and should be the perfect place to run to. One of the suggestions I made to help get you back into reading if you are struggling, was to maybe try audiobooks because they don’t take as much brainpower.

So, with that in mind, I am running a competition on the blog for a blog reader to win TWO audiobooks in the DI Hannah Robbins series. Yes, you read that correctly – TWO.

These books are The Twisted Web and Kill For Me. 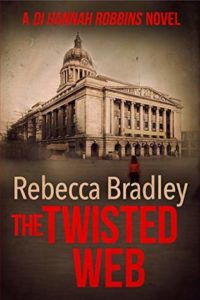 A social media shaming. A killer with a message. A deadly combination.

When the body of a man is left in the city centre set up as a realistic police crime scene, DI Hannah Robbins is forced to enter a world that can break a person, a case and a reputation.

Social media platforms light up and Hannah is pitted against the raging online monster and a killer who has already lost everything.

Can she catch the killer and put him behind bars or will she become part of his sadistic game? 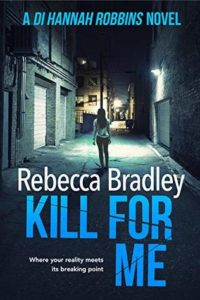 All you have to do to be in with a chance to win these two audiobooks is to leave a comment below before the end of Sunday evening (17th May) telling me if you’d like to escape into an audiobook. I’ll choose a winner randomly.