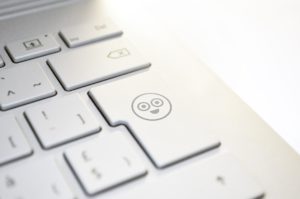 Back in June, I wrote a blog post on whether social media could sell books, and the outcome of the polls on Twitter and Facebook was that people were buying books based on what they saw on social media. Yes, there is a larger market of book-buying people out there, but social media users are not to be dismissed.

Today I am looking at reviews on Amazon and the impact it has on sales. The polls I conducted were way back in June but I’ve only just got around to writing up the post.

I conducted two polls on Twitter. The point of the polls was to see if people – readers, paid much attention to the reviews left on Amazon before they bought a book and if they did, what impact it had on their buying behaviour. I was interested because as an author I always want my readers to leave reviews. It is, I tell them, how other readers find their books.

So, is this true (according to my very small sample size)?

The first question asked was;

Do you read reviews before you click to buy?

There were three options.

This is the result. 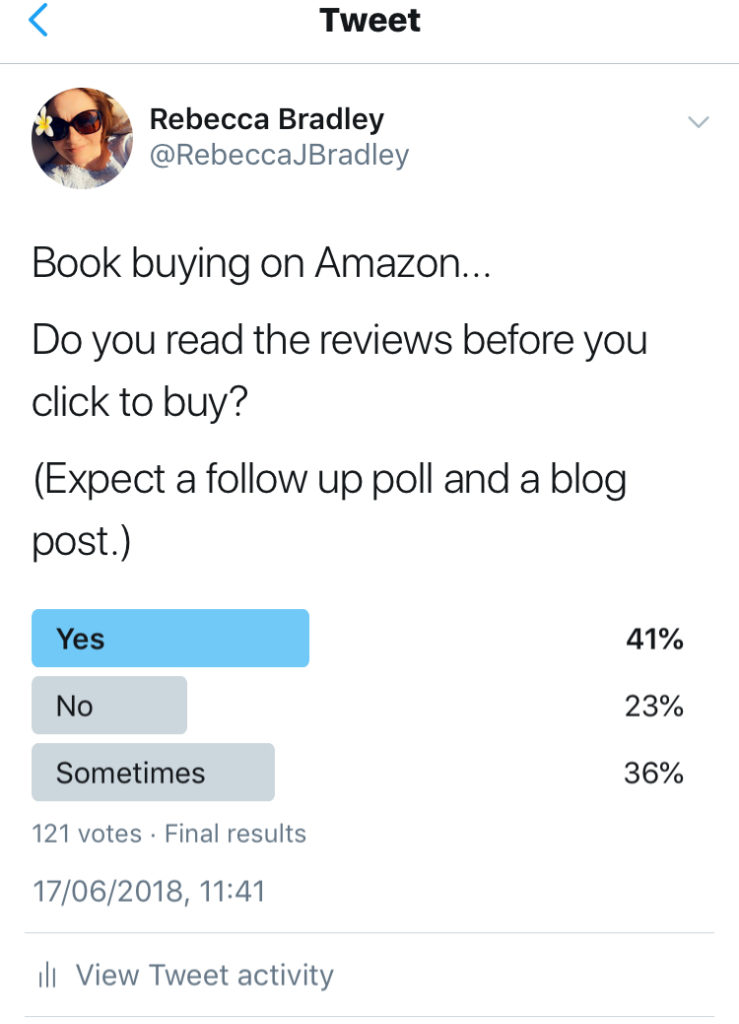 So, the majority was yes or sometimes, with only 23% saying no. So, reviews are definitely getting attention. But how important are they?

The next question I asked was;

If you read reviews before buying a book, do the reviews influence whether you buy or not?

This was the response; 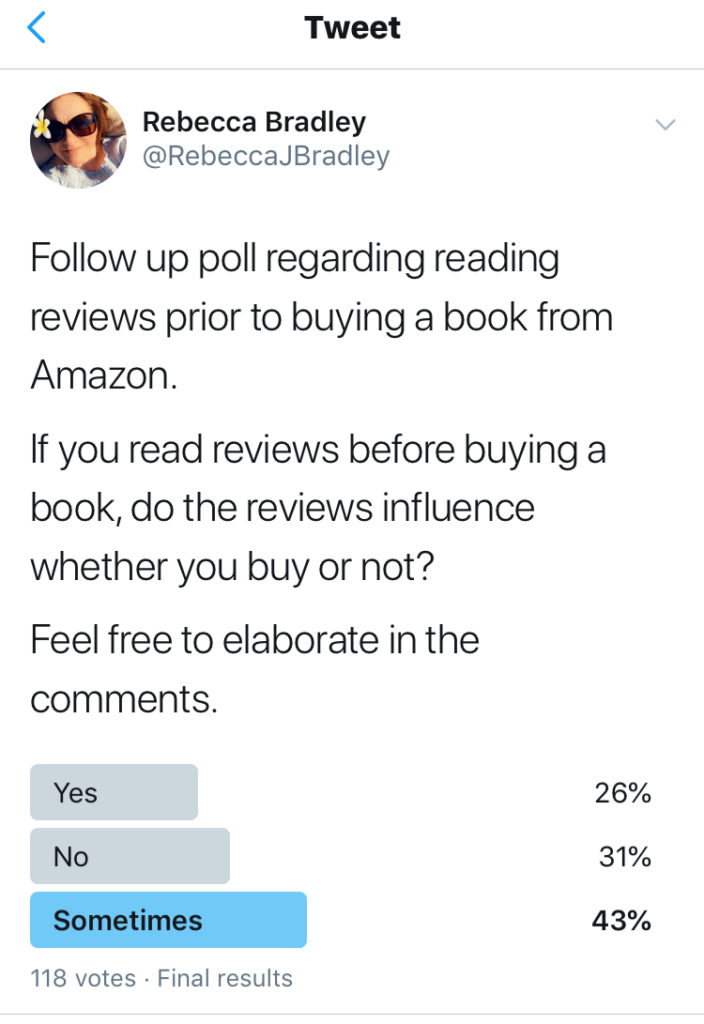 This is less clear. Though I did say people could elaborate along with their votes and these were some of the responses.

It looks like people are using their own minds when choosing a book in the main, the impact on sales is minimal. But it’s not to say that reviews are not important to that ever elusive Amazon algorithm that we strive to latch on to so that it will recommend our books even more. We have no idea how or if reviews are even a part of it. We can only speculate. But the lower percentage of people read reviews before buying a book and then they are still more likely to make a decision based on other factors rather than the reviews when buying. So, authors, don’t stress too much about the few negative reviews on your books. It’s all a part of the process and it looks like the book-buying readers understand this as much as anyone.