I’m pleased to welcome Susanna Beard to the blog to talk about her 3 books today. 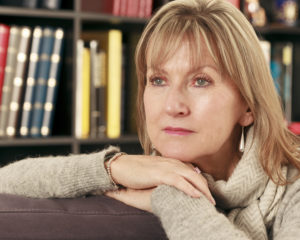 Susanna’s debut novel, Dare to Remember, was published in February 2017 through Legend Press. It’s a psychological thriller/drama about a woman, Lisa, whose best friend is killed, leaving her terrified, guilty and confused by her loss of memory of the incident.

Susanna has always been a writer, but has only recently started to write novels. She has a vivid imagination and loves deep dark stories, from Victorian Gothic to contemporary Nordic noir tales. She is an alumna of the Faber Academy, having completed the six-month Writing a Novel course, and she aims to write at least ten more novels – each better than the one before – and not to get old.

Five on a Treasure Island by Enid Blyton – the first book in the Famous Five series. It’s set in Cornwall during the summer holidays and there’s a shipwreck, lost gold, an ancient map and a dog called Timmy – marvellous! As I child, I loved her books and would gobble them up from my local library. Famous Five and Secret Seven books were my favourites – the children got up to such adventures! It all looks very old-fashioned now, but it was a joy to discover Enid – she was a prolific writer and you’d never run out of something to read with her.

The House of the Spirits by Isabel Allende, because it’s mystical, beautiful, sad, ethereal, magical. Just wonderful! I haven’t read it for a long time, but it’s stayed with me and I’m sure I’ll love it just as much the next time. It’s incredible that it was her debut novel (mine was published in 2017) and was rejected by several Spanish publishers before it was eventually published. Now it’s famous all over the world, translated into many languages and adapted for film and theatre.

Little Fires Everywhere by Celeste Ng – I read a really good review, and Matt Haig (How to Stop Time) recommended it. Enough said! 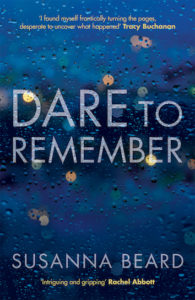 Reeling from a brutal attack that leaves her badly injured and her best friend dead, Lisa Fulbrook flees to the countryside to recuperate. With only vague memories of the event, she isolates herself from her friends and family, content to spend her days wandering the hills with her dog, Riley.

However, Lisa is soon plagued, not only by vivid flashbacks, but questions, too: how did their assailant know them? Why were they attacked? And what really happened that night?

As she desperately tries to piece together the memories, Lisa realises that there’s another truth still hidden to her, a truth she can’t escape from. A truth that may have been right in front of her all along.