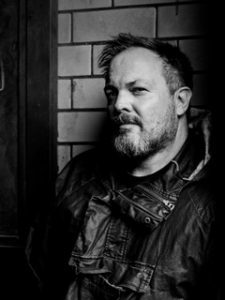 I’m thrilled to welcome crime writer Ian Patrick to the blog to talk about the 3 books that have shaped him.

Ian left school at sixteen. He moved to London and joined the Police. He spent twenty-seven years as a police officer the majority as a detective. He lives in rural Scotland and divides his time between family, writing, reading and photography.

Legion of the Damned by Sven Hassel. Hassel was a German soldier and I would have been thirteen when I read this. It stuck with me because it felt so realistic to a young lad. The storyline was believable and captured the horror of war. It was told from the German perspective too, which I liked. I went on to read the rest of his series, through the local library.

The Road, by Cormac McCarthy. The first time I read it I cried at the end! I have never cried at another book, ever! The writing is unbelievable. McCarthy manages to conjure up suspense and tension by using so few words. It’s the best example of writing for the book I have ever read. No wasted words, just words that count because they need to be there, not to pad out the pages. You don’t know why the father and son are on the road. You know there’s been a catastrophic event but the event itself is superfluous to the storyline. He also manages to write using very little punctuation yet the story flows. 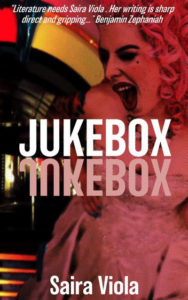 I’ve just started Jukebox by Saira Viola (Fahrenheit Press) Incredible writing and storyline already! The cover had me at hello.

A gripping book, that reminds me of the style of Layer Cake but with more depth. Even though I’ve just started it, I know it won’t be long before it’s finished. Highly recommended for those who love their crime fiction noir with a dash of humour. 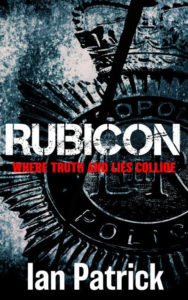 Sam Batford is an undercover officer with the Metropolitan Police who will stop at nothing to get his hands on fearsome crime-lord Vincenzo Guardino’s drug supply.