It’s that time again, when, as an author, I sit biting my nails because my latest baby is released into the world and I get to fret about what people will think of it.

This time it’s Fighting Monsters. The third in the DI Hannah Robbins series. You can download it HERE. 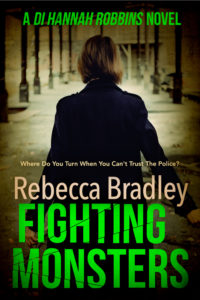 24 hours after he walked away from court a free man, cop killer and gang leader Simon Talbot is found murdered. In his possession; the name of a protected witness from his trial.

For DI Hannah Robbins, it’s a race against time to find Talbot’s killer, and locate the bystander before it’s too late.

But as Hannah delves deeper into the past, she begins to question the integrity of the whole operation.

Where do you turn when you can’t trust the police?

You will find a couple of new characters in Fighting Monsters and hopefully characters you can love.

And, to celebrate the launch I am holding a Facebook launch party today, between 4 – 7 pm. GMT. You can find us HERE. I’d love to see you. There will be cake and fizz and lots and lots of prizes up for grabs. Below are just some of the prizes that will be given away tomorrow, so do drop by!

And, as if those prizes weren’t enough, I have something else up my sleeve for you today. The first book in the series, Shallow Waters, is absolutely FREE! So, if you haven’t even started the series yet, then what a great time to start! Grab your copy HERE. 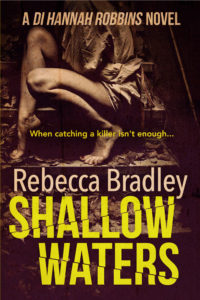 And for the icing on the DI Hannah Robbins cake… The second in the series, Made to be Broken, is on offer as well, it’s on a countdown deal and will be sent straight to your Kindle for the low price of £$0.99 You’ll find that HERE.

One book release – You can find it HERE, one FREE book and one book on offer. Plus we’re having a party! I hope to see you THERE 🙂