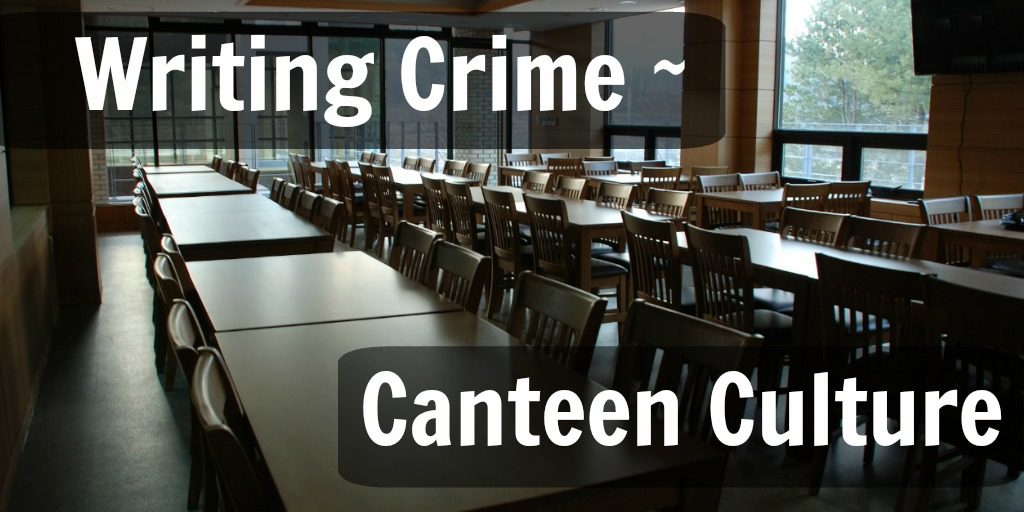 Today’s post is an extremely short post because there isn’t a lot to say about it, but it is an important part of books and one that is very often misrepresented.

As you know I offer a consultation service where I can answer questions or do a full manuscript read-through to check everything is correct. This post is based on one of the recent questions I was asked while reading a manuscript.

The area where the officers get their coffee and make their meals, (actual canteens are being phased out more and more. It’s not likely you will find them in your average sized station.) the kitchen, is it just for uniform or do uniform and CID share this area and if shared, do CID flex their rank above the uniformed officers when in there?

There are two parts to this.

Firstly, the kitchen is to be used by all, uniformed officers and CID departments.

And secondly, there is never an issue. They are all cops, and PCs and DCs are all the same rank, there is no rank to lord over. It’s just if you are a detective, you have taken an exam and had a bit more training, but you’re still paid the same and the rank is still Constable. Plus, you’re both on exactly the same side, you’re the good guys, and you rely on each other.

The kitchen is an area where you’re having a minute. A bit of time out. It’s relaxed. There’s general conversation. If you know each other, you talk, or you acknowledge each other if you don’t. In smaller stations, you’re more likely to know each other though. In larger stations with several floors, it may be you don’t know everyone.

I wanted to write about this because it’s one subject that I find that is consistently mistaken. That people believe there is a big divide between uniform and CID departments. Remember, the guys (as in any gender) in CID were once in uniform and worked on the team that is still there, (unless they’ve moved station) so they work with people they know well. They’re not suddenly going to start treating their mates like they’re idiots.

I LOVED my time in uniform and when I joined a specialist CID department I didn’t suddenly decide I was above them. Even though I did move stations and didn’t know any of the uniformed officers at my new station, my love of being in uniform still held. The job they do, the camaraderie, the fact that they are the front-line. I and everyone else has nothing for respect and love for uniformed officers.

You can find all other posts in this series HERE.