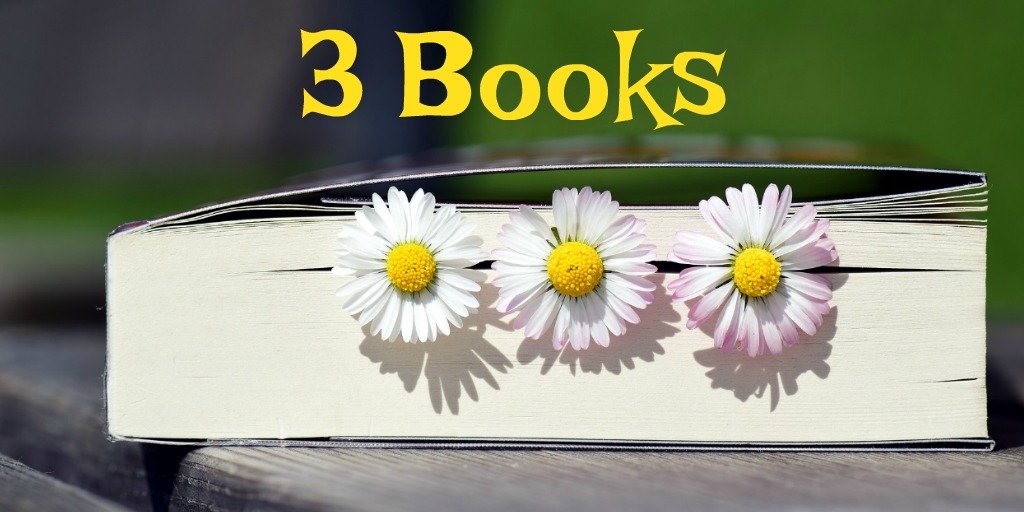 I’m thrilled to welcome crime author, Marnie Riches to the blog to talk about her three books today. 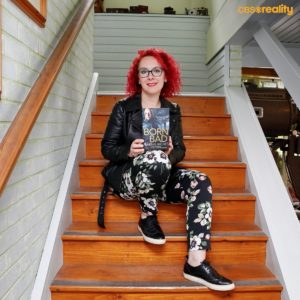 Marnie Riches grew up on a rough estate in north Manchester. Exchanging the spires of nearby Strangeways prison for those of Cambridge University, she gained a Masters in German & Dutch. She has been a punk, a trainee rock star, a pretend artist and professional fundraiser. When she’s not writing, Marnie likes to spin, run, refurbish old houses and drink gin.

Her best-selling, award-winning George McKenzie crime thrillers were inspired by her time spent in The Netherlands. Best-selling and critically acclaimed, “Born Bad” was the first book in her new series about Manchester’s gangland. “The Cover-Up” – the second installment – published 11th January 2018.

The first book I remember reading with great enthusiasm was a compendium of Enid Blyton fairy tales. There was one with a sad dragon in it that I adored. I’d tell you its name, but all of my books are in storage currently! My mother had been a huge fan of Blyton in her own childhood and passed that love onto me. My first favourite series, though, was that of The Magic Faraway Tree – also by Enid Blyton. I’ve always loved a magical tale with big characters and a really intricately built world. These stories, with Moonface, Mister Watzisname, Silky the Fairy and Dame Washalot and the ever-changing worlds at the top of the tree, ticked all of those boxes. 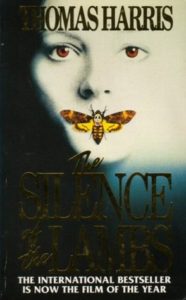 It’s hard to pick one. The first novel I read and re-read was actually the novelisation of E.T., which I bought as a child with pocket money around the time that the film came out. The book – novelised from the screenplay by William Kotzwinkle, if memory serves – is actually a really good thriller. It had all the elements I love in a story: high drama, action, pathos, tragedy, humour. I’ve included this here because I watched the film again with my children over the Christmas break and remembered what an incredible story E.T. is. My own writing is heavily influenced by the film and TV drama that I watch, so I don’t see novelisations of films as anything to be sniffed at. Screen writers often come up with the most wonderful and memorable stories of all.

In terms of a “grown-up book”, I think The Silence of the Lambs will always stay with me because it was the first crime novel I read that I thought was perfect – both for the way it had been crafted as a page-turning thriller and for its sheer invention in the ghoulish character of Buffalo Bill and the charismatic monster that is Hannibal Lecter. I still do think it’s the most compelling of crime-thrillers. When I decided to switch from writing children’s fiction to adult crime fiction, it was Thomas Harris’ most famous novel that I re-read and analysed in terms of its structure and narrative style, in the hope that I would then be able to put together something as slickly-written and complex. The Girl Who Wouldn’t Die was my end-result!

I’ve actually just read the book I’d looked forward to reading for ages – La Belle Sauvage by Philip Pullman. I savoured every word of His Dark Materials, though I came to it years and years after its initial publication. I’ve always been a big Tolkien fan and Pullman’s masterpiece is up there with The Lord of the Rings for me. You simply cannot beat stories with intricately described, unusual and visually dazzling worlds as their backdrops, if they’ve been well-executed on the page. Unsurprisingly, I flew through La Belle Sauvage, which had a lovely whiff of childish fantasy about it and which was a breath of fresh air after reading and writing crime fiction exclusively for a long, long time. I can report, however, that this first Book of Dust was quite a linear story, lacking the satisfying complexity and sophistication of the other three books. It was rather like having a very enjoyable bowl of prawn crackers, rather than savouring a delicate Thai main course.

How far would you go to protect your empire?

Manchester’s criminal underworld is reeling from the loss of its leader, Paddy O’Brien. In the wake of her husband’s death, Sheila O’Brien takes charge of the city, and for once, she’s doing things her way.

But she hasn’t reckoned with the fearsome Nigel Bancroft, a threat from Birmingham who is determined to conquer Manchester next.

As a power tussle begins, Sheila is determined to keep control of the empire she has won – even if it means she has to die trying…

A heart-stopping read with a gritty edge, perfect for fans of Martina Cole and Kimberley Chambers.