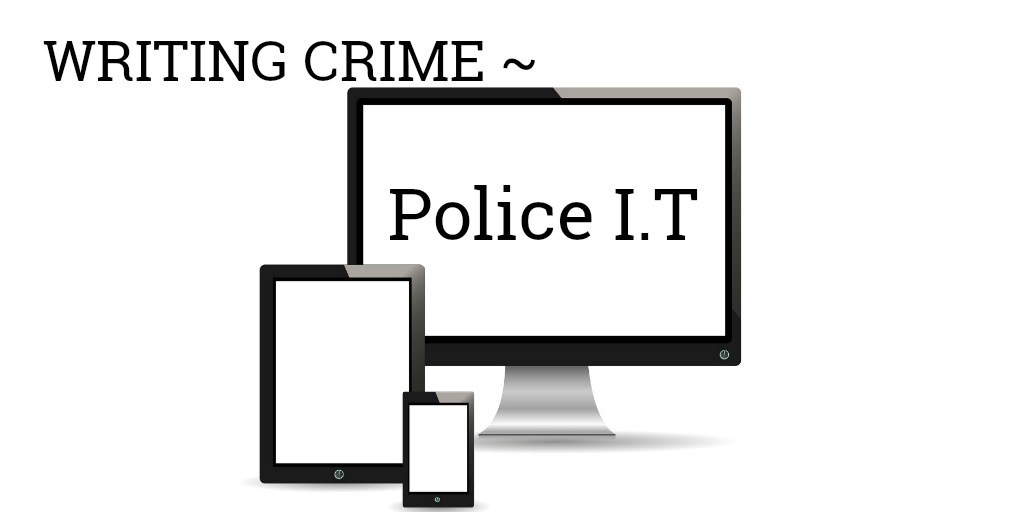 I put a request out on Twitter for people to suggest topics for this series and one of the first responses was from K A Whitfield asking about police I.T, for example, who examines CCTV.

This topic isn’t set in stone because it will vary from police force to police force. Each force will have their I.T and their departments set up how they feel best works for them, but I can give you an overview of how it might be. How it could realistically work, based on my own knowledge.

CCTV is under the control of local councils and can be accessed by police if needed for evidence. See this page by Derby council, where they state they keep the footage for 28 days before destroying it if it hasn’t been requested for evidence. You can find your own council page on their CCTV practices by doing a web search for them.

Police can also search the area of a crime scene for business or personal CCTV cameras which may have captured evidence of the offence and seize these.

So, what happens when all the CCTV has been collected?

Someone within the enquiry team will be allocated as the CCTV viewer and they will be responsible for viewing, sometimes, hundreds of hours of footage. It is a long and arduous job, but it has to be done. They’ll sit at a monitor and view it all. Day in and day out.

Computers that need examining will be examined by a dedicated department who are specially trained in the forensic examination of computers. I sometimes read books where the officer just turns on the computer, desktop or laptop, and has a nosey around. This is a huge no-no. It has to be forensically examined or you can be at risk of the defence alleging you have contaminated the evidence should this case go to trial. In the department I worked on I was trained to forensically examine computers, and could do this without sending them to the department that would normally do this. But, this is unusual. It was because a lot of our work was computer based. You wouldn’t normally find this situation. And certain hardware needs to be available to do it.

Again, these would go to a department that forensically examines them. Sometimes the department can be the same one as the above, or they can be separate. When seizing a mobile phone, turn it off and take the battery out if possible.

Police officers write all their own reports. A lot of time is spent at a desk typing away at a computer. The police is a bureaucracy-heavy machine. Witness statements can either be written by hand or can be typed up on the computer. The rest of the paperwork is completed on the computer where all files are stored.

The general I.T of the police is kept up-to-date by an I.T department.

Please feel free to suggest any topics you want to be covered in this series. I’m happy to look at them.