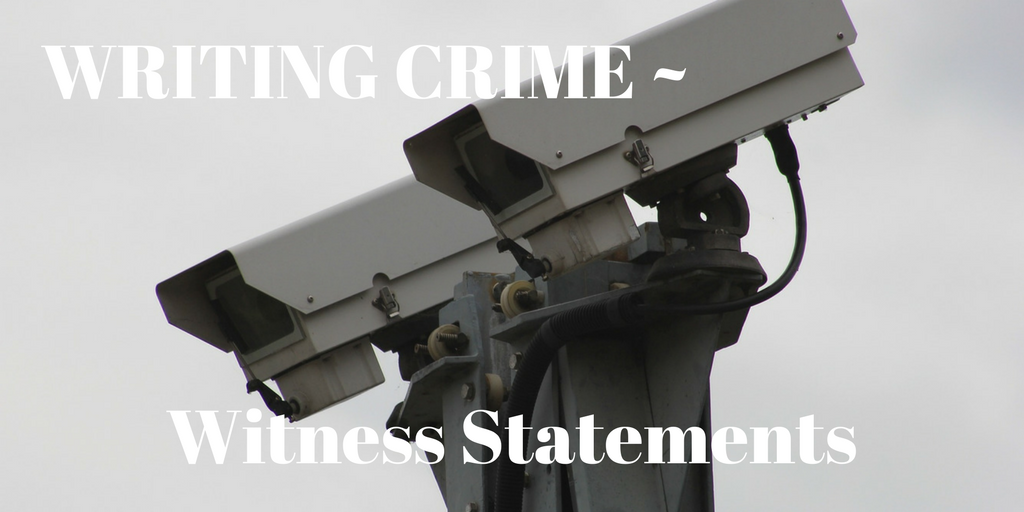 At the scene of a crime, you need to look for witnesses, for people who may have seen or heard something that will be relevant to your case. You may even have to take negative statements. Statements from people nearby who didn’t see or hear anything. The thing is, it’s the police’s job to collect evidence, not to make decisions on guilt or innocence. So, if someone was close enough to the scene of the crime but doesn’t corroborate what everyone else is saying, you don’t dismiss them because it doesn’t help your case, you take their statement. All the information is collected, gathered and assessed. Anyway, it is well known that witnesses will all see something different even if they are all watching the very same incident, as can be evidenced in this post HERE. 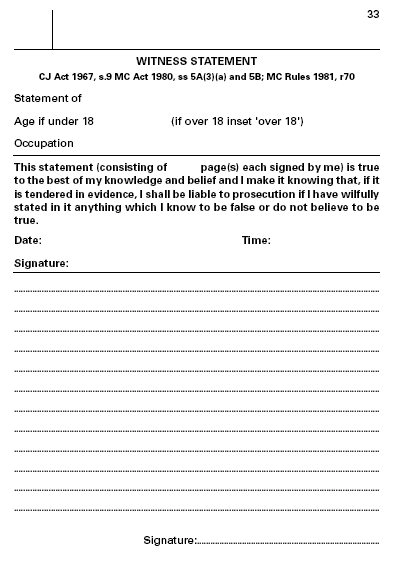 So, what does taking a witness statement involve?

Mostly, witness statements are written down on paper. It’s written as though it is the witness writing it, so “I was doing this..’ etc. But, the police officer writes it up for them, then the witness reads it, makes sure it’s correct as they told it to the officer and signs it. For lengthy statements what usually happens is the officer takes lots of notes then writes it up. As you can see, they have to sign at the top of the first page of the statement to say that everything they say is correct and they know they are liable to prosecution if it’s not. As a police officer, you point this out to them before they sign it. This document is called an MG11. The MG forms create the file that goes in to the CPS for a charging decision and eventually after charge for court.

If you have a witness who is at risk of witness intimidation or is witness to gun or knife crime or is a family member of a murder victim then they can do a visually recorded interview rather than this written statement. This is where they are taken into a soft furnishings type room and they talk about the incident to a trained officer who is asking specific questions to elicit as much information as they need and the room is being recorded. Both visually and audibly. This is called an Achieving Best Evidence interview and more details can be found in a long document HERE.

When I checked on YouTube to see if there was anything about witness statements on there, I found this short clip from Cheshire police and it shows me how much police are moving on. Some forces are using tablet devices rather than paper to take statements. This looks like it might just be uniform officers who need to be kept out on the streets and whose witness statements aren’t always as lengthy (though, saying that, I wrote some pretty long ones myself in uniform because you are first on the scene to everything and I’m not sure typing it on a tablet would have been easy. But clutching a pen for eight pages wasn’t easy either!)

Once the statement, however you’ve taken it, has been done, you need to keep your witness up to date with how the case is progressing. Not all the details, but the basics, how close it is to going to court, because that is what the statement is for. So whether you have made an arrest and whether the CPS have charged. Don’t leave them hanging. They’re doing a good thing making this statement. Keep them up to date.

Any questions about statements, do ask in the comments and if I think I’ve missed anything huge out of this post I’ll add it.

Also, do let me know any topics you want me to cover.