Today I’m pleased to welcome RC Bridgestock to the blog to talk about their revision process. 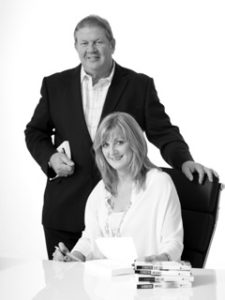 RC Bridgestock is the name that husband and wife co-authors Robert (Bob) and Carol Bridgestock write under. Between them they have nearly 50 years of police experience, offering an authentic edge to their stories. The writing duo created the character DI Jack Dylan, a down-to- earth detective, written with warmth and humour.

Bob was a highly commended career detective of 30 years, retiring at the rank of Detective Superintendent. During his last three years he took charge of 26 murders, 23 major incidents, over 50 suspicious deaths and numerous sexual assaults. He was also a trained hostage negotiator dealing with suicide interventions, kidnap, terrorism and extortion.

The couple are the storyline consultants on BAFTA winning BBC One police drama Happy Valley and series 3 of ITV’s Scott & Bailey.  Carol started and chaired the Wight Fair Writers’ Circle in 2008, along with Bob where she created an annual charitable community writing competition to inspire others of all ages.

The first draft is Bob’s job. He writes the crime story from the ‘finding of the body’ which gives us a natural progression of an investigation, for the timeline. This draft contains no descriptives, rounded characters or sub-plot (which is the home-life storyline in all RC Bridgestock novels).  It is written with the ‘mask of the detective ‘ firmly in place, a police procedural with seemingly no emotion.  When asked why, Bob tells me if he got ‘sucked into the sadness’ he’d never be able to do his job.

In fact draft number one reads like a crime file you’d expect to find submitted to the Crown Prosecution Service (CPS) – with the evidence within, that will hopefully secure a conviction in court, for the victims of the crime. 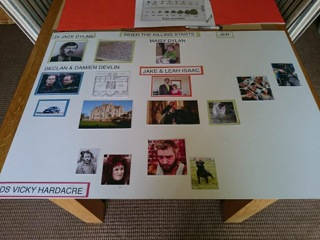 My writing of the second draft includes me getting to know the characters at the same point in the story as the reader of the novel. I endeavour to make the indifferent characters come live, and at the same time I need to build the scenes that are unfolding to me in his written word. I prepare the base for my picture storyboard – an A1 sized card. This in the first instance has upon it our stable characters – the ones I already know well. As I read the narrative I search for pictures that will help me describe, and recall people and places I envisage as I read, and I stick them on too. At any given time I can now look up from my computer and I see the novel unfold in the images.

At the end of the first draft Bob’s work is done –  for a while at least, and he will start working on the next novel. His first draft is like gold dust to me. It has been written by someone who has been at the scenes of many heinous crime.  He can recall every single mutilated, dead body he has seen in his thirty year, CID led career. Only recently has he been able to relate his thoughts and feelings to me though – so deeply buried were they. Now all that is left for me to try and do is to do justice to the victims of crime and our readers.

No-one reads the first draft other than me.

Bob focuses on correct Police procedure at each stage of the investigation. Doing his research for place and time, if that is relevant. He approaches each crime (every Dylan book also stands alone in terms of the crime story and home life sub plot), as if he were on a real murder case, with the twists and turns that a real enquiry takes. He also brings to the storyline the dark humour and the quirky characters he has met in his career when fact is really stranger than fiction! He tries hard to give the reader a unique experience in each novel; finding another way a perpetrator commits a crime, how the investigation proceeds, the chase, and the apprehension of the perpetrator.

I rewrite over, and over again until I’m happy with my final draft. Then Bob and  I sit down and read it together. Its at this point when Bob reads it as a story… Always a little nerve wracking for me. Have I got it right? Have I told it as it is/was, for him.

As the reader of the first draft. I try to revise and expand on the points that Bob’s made, that I find interesting, or fascinating. I’m forever learning,  and I use that new knowledge in the second draft I am writing, in the hope that by doing so we educate our readers too, as much as entertain.

Book one – Deadly Focus the reader of the manuscript told us to rewrite starting with  Chapter 7. What we thought would be easy nearly made us give up.. But the story had to be told – and anyone who knows us knows we never give up.

Bob keeps a track on his word count, but then he tends to write en-bloc. I never look at the word count – but then I write every day.

We each have our own part in our writing process which means I never get to write the first draft – other than the writing of the sub plot.  But, best of all I like discussing the cases that Bob worked on with him and finding out what mechanisms he used to cope seeing mans inhumanity to man every day of his police life… Fifteen years after leaving the police he is finally able to open up to me, take off the mask of the detective and tell me how he really feels…

Bob copious amounts of coffee – me anything goes!

Usually about two months… Book 8 in the Dylan series has just been published. We are writing two more…

When A Killer Strikes 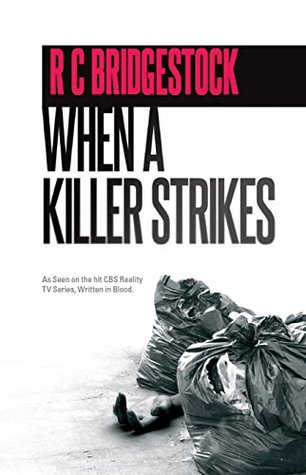 Detective Sergeant Vicky Hardacre, greets him at the scene, but what awaits them behind the blood red door of Colonial House is undoubtedly a murder. The approach identifies several prime suspects. But who is telling the truth; and who is lying?

Before the killer can be caught, another body is discovered, this time in a putrefying mixture of mud and slime, lain among the remnants of decaying food within a waste-bin shelter. Now it’s the task of the man in charge to make the call.

Are the two murders connected?

There’s only one way to find out, and that’s by working long hours, within strict budgets, and the usual pressure from above to obtain quick results.

However, Dylan is distracted by personal matters, with Jen being keen to seal the deal on a renovation project. He suggests they delay finalising the purchase; until he discovers the significance of the house, and that it’s about to be demolished.

In his absence, Jen’s pleas for help from his estranged siblings are answered, resulting in hidden secrets coming to light, as Dylan continues, through a twisting and turning plot, to ensure justice is done in respect of the murder victims, whose bright hopes for the future were cruelly snatched away.