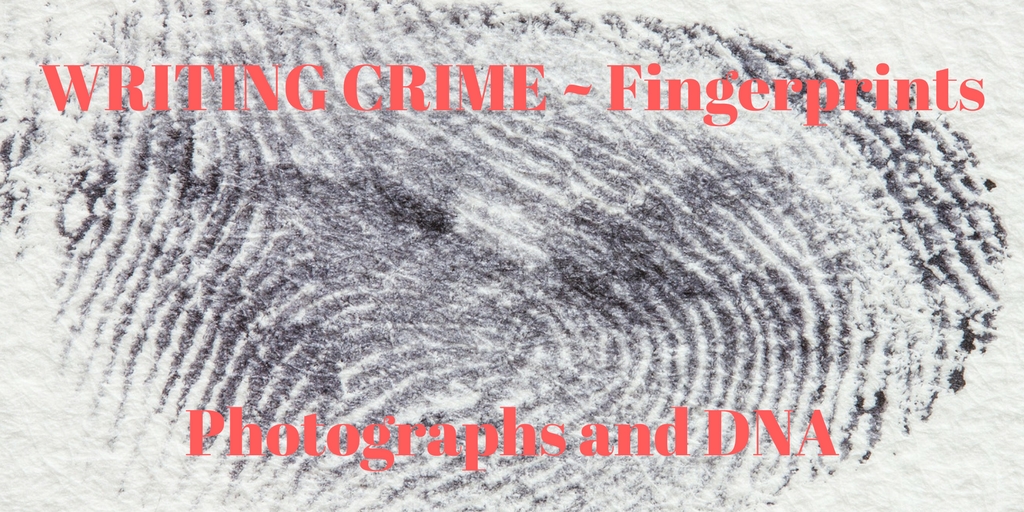 My intention when I started this series was to write in a chronological order, the series of events that would occur from the scene of a crime onwards. But with a tired frazzled brain, that has, unfortunately, not occurred. As is proven, again today as I go backwards a little to the taking of fingerprints, photographs and DNA samples.

A couple of weeks ago I talked of identification after arrest, well that would occur after this that I’m talking about today. And this isn’t the first time I’m out of synch. But, if you follow the series, you will eventually find something you’re looking for, I’m sure.

When we’re reading (or watching) crime fiction, we often see crimes solved by forensic evidence. Fingerprints left at the scene or DNA evidence. This is possible in the main if the person has been arrested in the past and has these held on record. Because then if such evidence is found at a crime scene a speculative search can be made of the relevant databases and a potential match found.

Every person who is arrested for a recordable offence will have their fingerprints taken, their photographs (face on and side on) and DNA (mouth swab) taken. If the person is convicted of the offence, the information (fingerprints, photograph, and DNA) will be held on the databases indefinitely. If they are not convicted then there are time frames for removal of such information. So you would need to be wary of whether your character falls into this time frame from a past offence to current database search.

The time frames all depend on age – whether the offender was an adult or child, or whether they were charged and found guilty or not guilty or if they were not even charged. There is a multitude of variables. So, to prevent me attempting to create a huge table to show you the retention time lines for these, I will provide you with the link where you can find them. HERE.

So, to break it down simply, you can take all three, fingerprints, photograph and DNA on arrest, and keep them the information for a limited time or indefinite time. This information is helpful in identifying offenders of newer offences. Though, of course, there are those who are opposed due to human rights issues. There was a time when the information all used to be kept indefinitely. It is because of human rights campaigners that the time restrictions are now in place. So, this is something, as a crime writer, you may need to be aware of.

If you have any questions you’d like answered in this series, leave them in the comments. This is a UK only series I’m afraid though. I was a UK based police officer and only have experience of this law and procedure.