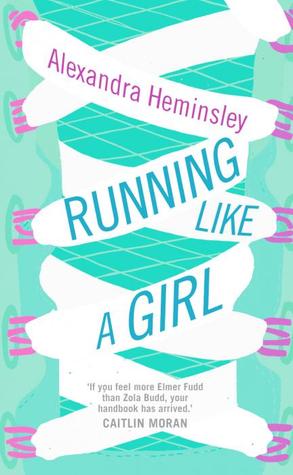 In her twenties, Alexandra Heminsley spent more time at the bar than she did in pursuit of athletic excellence. When she decided to take up running in her thirties, she had grand hopes for a blissful runner’s high and immediate physical transformation. After eating three slices of toast with honey and spending ninety minutes on iTunes creating the perfect playlist, she hit the streets—and failed miserably. The stories of her first runs turn the common notion that we are all “born to run” on its head—and expose the truth about starting to run: it can be brutal.

Running Like a Girl tells the story of how Alexandra gets beyond the brutal part, makes running a part of her life, and reaps the rewards: not just the obvious things, like weight loss, health, and glowing skin, but self-confidence and immeasurable daily pleasure, along with a new closeness to her father—a marathon runner—and her brother, with whom she ultimately runs her first marathon.

But before that, she has to figure out the logistics of running: the intimidating questions from a young and arrogant sales assistant when she goes to buy her first running shoes, where to get decent bras for the larger bust, how not to freeze or get sunstroke, and what (and when) to eat before a run. She’s figured out what’s important (pockets) and what isn’t (appearance), and more.

For any woman who has ever run, wanted to run, tried to run, or failed to run (even if just around the block), Heminsley’s funny, warm, and motivational personal journey from nonathlete extraordinaire to someone who has completed five marathons is inspiring, entertaining, prac­tical, and fun.

This was another one of this year’s audiobook reads. A list of books that is ever-growing.  I am getting more and more addicted to the way of consuming my books in this manner. It opens up a whole new world of books and adds a whole new layer/texture to them. If you have a great narrator, which, you just have to listen to the sample before buying to decide.

I enjoyed Hemingsley book because it made me want to get up and run. It made me feel as though it was possible to make that start. That first step. It isn’t a book of Olympic champion standards and extraordinary feats, though, saying that, what she does do, feels like an extraordinary feat to me and to many people. But – she breaks it down from thinking about it. Thinking about it in disdain, like how could someone like her actually do something like that – run. To moving on to that initial run where she feels everyone in the world is looking at her huffing puffing body as she heaves it around a couple of blocks.

This is a book written by an average woman for the average woman and if you really fancy changing something about yourself then I’d really recommend this book because this book tells you that you can. It takes really small steps, with the occasional backward step, but small, human steps, and you can achieve it.

The narration on the audiobook added a layer of extra personal to it. As though she were just telling me about it.

Whatever you want to change about your life, however large or small, this book can show you that whatever it is, it is possible. LOVED this.