I’m pleased to welcome Anne Coates to the blog to talk about her Revisions process with us today. 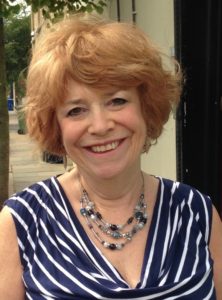 Anne has written extensively for magazines and newspapers and has published seven non-fictions books and two collections of short stories. Her début crime novel Dancers in the Wind was published by Urbane Publications in October 2017. The sequel, Death’s Silent Judgement, will be out on 11 May, 2017 and can be pre-ordered from Amazon.
Anne lives in London with three cats who are more impressed with her stroking talents than her keyboard skills.

Definitely not for public viewing, that’s for sure! I write in scenes and very often out of sequence plus there are lots of notes to myself in red like “expand this”, “check facts”, “character name?” typed all over the manuscript. The first draft is really getting words on the page and some sort of storyline before the real work takes place during the revision processes (note the plural).

The most important aspect for me is to print the first draft. While writing Death’s Silent Judgement, I didn’t give the chapters numbers but always had a page break. So after printing I paper-clipped each chapter so it could be easily moved around. Then I read it through, making notes at the beginning of each chapter.

It’s usually obvious where the work needs to be done. Some chapters will work really well and you get that buzz when you read them – others make my heart sink.

Nobody would want to read my first draft! However, I had to make sure the first chapter of DSJ was “ready to go” as it is included at the end of Dancers in the Wind. I showed it to my daughter, Olivia, who made a valid point, questioning why something had happened in that way. That gave me the idea for another scene, which explained the situation.

The narrative timeline. In Dancers in the Wind, the timeline is fairly linear but in the sequel there are flashbacks and letters which needed to be in exactly the right place in the story. A couple of times in the first draft I was way out of synch.

Can’t think of any – I walk around a lot when I’m reading out aloud and I sometimes act out scenes – playing all the parts, of course.

Always revise on a print out and write suggestions or aide-memoires to myself in notebooks. However if I hit a chapter that needs a huge amount of new writing, I do that on my laptop.

Once all the revisions are complete and added to the latest word file, I print out and read again.

Very messy and in spite of all my good intentions with paper clips, chapters do go missing in the pile of paper and I have to check back to the first draft to find page numbers to trace them.

It’s a total overhaul. As I said, I often write chapters out of sequence so making sure the timeline is right is imperative. I also check character descriptions (especially as DSJ is a sequel) ages and ageing, and, of course, completing all the instructions or calls to action I’d left in red in the draft.

With Dancers in the Wind, I changed the penultimate chapter just when I thought I’d finished. Suddenly it seemed far too tame so I added some drama!  In Death’s Silent Judgement I cut a couple of chapters that I really liked but they didn’t sit properly in the overall narrative structure.

While revising, for a change of working pace, I transfer corrections and additions to the word file and that gives me both a sense of achievement and an idea of how much more I have to do.

Although I love thinking about a new novel and contemplating characters and plots, I sometimes get bogged down in the actual writing of the first draft. However that is the stage where my characters surprise me and take me off on a different route, which is exciting. As someone who also works as an editor, I love that process plus rewriting and seeing the true shape of the book emerge.

Champagne naturally! I don’t like tea but as an insomniac I try to limit my coffee consumption to the morning and drink Yogi licorice tea in the afternoon (it’s actually more palatable than it sounds). I also drink masses of water plus the odd glass of wine to keep me going in the evening.

For Death’s Silent Judgement all the revisions and rewriting was done over a seven-week period. During that time I was sending the manuscript in sections to two beta readers: one who’d read Dancers in the Wind and one who hadn’t to see if it stood up as a stand-alone.

By the time I submitted it to Matthew Smith at Urbane Publishing, a few days before the deadline, I thought it was in a good shape although like any writer, I kept wanting to go on tweaking! Matthew hasn’t asked for any changes so it must have passed his test.

Thanks for digging into the revisions process for us, Anne.

Dancers In The Wind 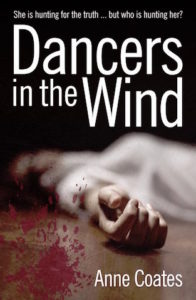 Freelance journalist and single mother Hannah Webridge is commissioned by a national newspaper to write an investigative article on the notorious red light district in Kings Cross. There she meets prostitute Princess, and police inspector in the vice squad, Tom Jordan. When Princess later arrives on her doorstep beaten up so badly she is barely recognizable, Hannah has to make some tough decisions and is drawn ever deeper into the world of deceit and violence. Three sex workers are murdered, their deaths covered up in a media blackout, and Hannah herself is under threat. As she comes to realize that the taste for vice reaches into the higher echelons of the great and the good, Hannah must expose the truth—and stay alive.