Today I have a guest post for you, written by crime author, Karen Long. 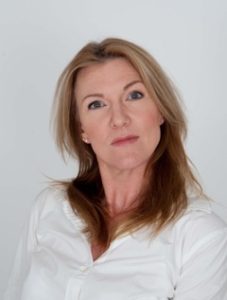 Karen Long was born and raised in the English midlands, educated at Bangor University and taught English and Drama for fifteen years. During her teaching years she studied biology and neurology with the Open University and this interest in medicine, forensics and forensic psychology is reflected in her writing. She is an enthusiastic traveller and has spent time in Toronto, which became the backdrop and inspiration for The Safe Word.

She is a keen amateur naturalist with a deep and abiding love for the crow family. She has dedicated time, love and several fingers in an effort to rehabilitate crows, magpies, rooks and ravens.

Karen is happy to correspond with readers and can be contacted through her website KarenLongWriter.com, where she posts regular blogs.

The Safe Word is Karen’s first novel and was an Amazon bestseller, later joined by the second in the Eleanor Raven series, The Vault. Karen is working on the third novel in the series.

Why We Love Reading About Serial Killers

There are, for me, two types of crime fiction: the stories that revolve around the who and those that focus on the why. I realise this is an oversimplification and a great many fall somewhere between the two poles, but for me the essence of a good detective novel lies in the unravelling of clues to reveal either an identity, or a mind.

I have a penchant for the latter and the novels I have written, so far, concern the thought processes behind the murder and mayhem. What intrigues me most of all is that people who murder others, if not for material gain, or revenge, often have intricate rationales behind their actions.

So, how does a writer experience the warped and violent minds that have surfaced over recent years, along with their body counts? With caution, I suggest. You can read the trial transcripts of murderers such as Theodore (Ted) Bundy, who redefined what constituted a ‘serial killer’ for the twentieth century. When it was revealed that Bundy had subjected his victims to rape, strangulation, cannibalism and necrophilia the FBI, recognising his homicides had signature aspects, created Vicap (The Violent Criminal Apprehension Programme).

This growing understanding that behavioural patterns occurred in multiple homicides, indicated that data collection could enable profilers to predict social and personality assessments of both the killer and their potential victims. Although, few, if any, profilers would claim that this system of analysis is foolproof, it does offer curiously accurate insights into the mind behind the crime.

As a writer, I am a big fan of books and television broadcasts that dissect the criminal mind: favourites include ‘Autopsy’ (HBO) with Dr Michael Baden and ‘The Devil in the White City’ by Erik Larsson and Nick Broomfield’s ‘Aileen’, to name but a few.

We all share a deep fascination with damaged minds, particularly with those that fail to speculate but take their internal narrative to a practical level. Most of us are able to empathise, to some degree, with the cuckolded spouse who takes matters into their own hands, what we can’t understand is why some killers are motivated by a desire to commit necrophilia, or keep body parts in the fridge next to the beer and cheese. It is being aware that there are minds, admittedly few and far between, that do consider these actions somehow logical, which makes us want to learn about them.

It would be disingenuous to imply that we love reading about serial killers purely as a survival strategy but it’s the bedrock of our interest in how others see and behave in the world. It’s relatively easy to acquire the norm – our parents, teachers and local community practice it, what isn’t so easy to get examples of is the abnormal. I would go further and suggest we love to read about serial killers because it tests our mettle. We see ourselves within the narrative, offering silent dialogue with the stalked victim to ‘turn around’ or ‘lock the door’, and create ways that we could avoid annihilation by adopting different practices. Most importantly, we compare our own thought processes to those of the psychopath’s and hope that we do not find ourselves lacking in moral strength, or humanity.

I suspect that is why I love to read and write about serial killers. 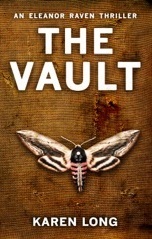 VAULT: A large room or chamber used for storage of valuables, especially an underground one…

In the unrelenting heat of the Toronto summer, a fire at a land-fill site uncovers the remains of a local prostitute. But the post-mortem reveals disturbing details –the body has been preserved and is not who or what it seems.

DI Eleanor Raven is back on duty six months after barely surviving being kidnapped and tortured by a depraved serial killer. Work is her sanctuary but she’s carrying deep scars – mental as well as physical. Where do you go when the place you feel safest is also the place where you are most at risk?
As Eleanor battles her own demons, it looks as though a killer in the city is making a gruesome human collection. And Eleanor’s fight to save the last victim of the Collector becomes a battle to save herself.