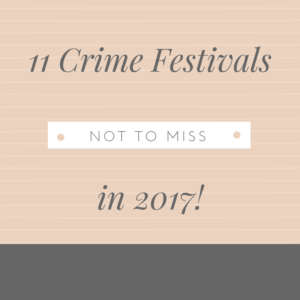 We’re at the start of a brand new year so I thought it was time to do this post again. I did one last year and it proved popular but I left it until March which might have been a bit late for some people to organise themselves planning the year ahead, so I promised myself that come 2017 I would put the post out in January.

And here we are, already!

If you love crime fiction and you want to meet fellow crime fiction lovers, readers, writers, agents, editors and even some TV personalities then here is your list of 11 crime festivals not to miss in 2017.