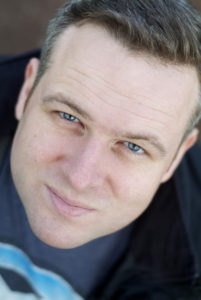 You can find his First Draft Q&A Here.

It’s usually not too bad. The bulk has been done, e.g. scene setting, character descriptions. Because of the stupid speed I write at, some bits will be quite rushed and so on. The ending is usually very rushed. There might be scenes that are just dialogue. But it’s probably reasonably readable.

The first thing I do is dump all the thoughts in my head about the book into a list. What’s wrong with what I’ve just written. The important thing for me is that I’ve done an outline of the story I want to tell. Now I’ve told it, am I comfortable with it? Does it still work? Is it strong enough? Did my Spidey-sense go off as I was writing it? Mostly focused on plot development ­– does the narrative logic work? It’s the most important part to me – does each action in the story have a rational explanation? I’ve come unstuck on that so many times…

I’ll have a list of comments I made when I’m writing which will feed into that list as well. Some will be trivial, such as make sure this name is consistent throughout, some might be ‘this bit is really boring’. It’s better fixing later – on reflection, some scenes might be fine, but the process of writing it was tortuous, e.g. the outline was 1 line and there was a bit too much thinky needed.

I’ll also go through each scene in the book at a summary level and assess them. Does it need to be there? Is there anything missing before, during or after? Are there opportunities to link things – e.g. bring a minor character back. Another important thing is if you introduce baddies early on, keep an eye on how often they appear – you don’t want it too obvious, but you also don’t want to have the reader flipping back to work out who you’re talking about.

Lastly, I’ll look at the word counts and make sure the story is still balanced. I outline according to number of scenes, but when you see the word counts against it, my midpoint sometimes moves to 60%. Experience has shown that this means there’s a problem with pacing later on and look for opportunities to extend sequences of scenes or add in some more reaction.

I use a list in Evernote to work through everything in sequential order. This isn’t the time for prioritising. Everything will be mandatory, though when I’m making some changes I might change my mind on whether I should!

No. I’ll make the changes I’ve identified, then do a solid edit of it. This is where a few of the scenes will get expanded to where they need to be. Also, I’ve developed a trick in Scrivener where I’ll slice problematic scenes into themed chunks, then throw them about into a better order – this solves a problem where you’re writing a scene, usually a police interview, and it goes off into tangents. Very naturalistic and all that, but annoying to read.

Does the story work?

I dress up in a suit and tie. Joking… Other than do it as quickly as possible so that it’s like someone reading it, nothing.

Computer. Paper is useful for a later phase, e.g. line edit, but at this point I’ll probably read the book aloud to make sure the character’s voices are properly defined and all that jazz. It’s amazing how different it seems when you speak the book, you’ll pick up on so many more things than just reading.

It’s usually quite easy. I might throw the third act about a bit.

Does junking a book count? I’ve done that.

I keep a spreadsheet which tracks the words and scenes I’m editing and gives a countdown to when I’m finished.

I get through the first draft as quickly as I can. The revision process is better, but I prefer it once someone else has seen the book and I’m bashing my ideas off theirs.

Three or four days, maybe a week, sometimes two. It’s not the biggest exercise in the process, but it is important. It’s usually readable by a human being now! 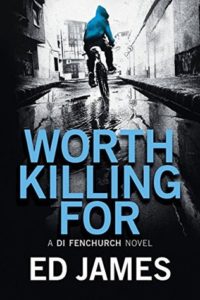 On a busy London street, a young woman is attacked in broad daylight and left bleeding to death on the pavement. Among the eyewitnesses are DI Simon Fenchurch and his wife.

Fenchurch pursues the attacker through a warren of backstreets and eventually arrests a young hoodie with a cache of stolen phones—an ‘Apple picker’ on the make. The case should be closed but something feels off…Was this really just about a smartphone? Why did the victim look nervous before she was targeted? And why don’t the prints on the murder weapon match the young man in custody?

Before Fenchurch can probe further, his superiors remove him from the case, convinced he has let the real culprit run free. But Fenchurch is determined to get to the truth and, before long, uncovers a conspiracy that reaches high above the street gangs of London.