The Empathy Problem by Gavin Extence 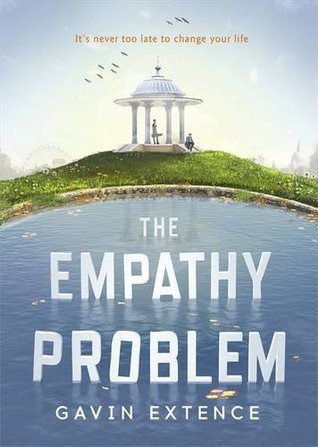 Driven by money, power and success, Gabriel has worked ruthlessly to get to the very top of the banking game. He’s not going to let the inconvenience of a terminal brain tumour get in his way.

But the tumour has other ideas. As it grows, it appears to be doing strange things to Gabriel’s personality. Whether he likes it or not, he seems to be becoming less selfish, less mercenary, less unlikeable.

Once he could dismiss the rest of humanity as irrelevant. Now he’s not so sure. Women, in particular, are becoming worryingly three-dimensional. And none more so than Caitlin, the ‘unremarkable’ girl he sees busking on the steps of St Paul’s Cathedral. When she plays her violin, Gabriel could almost believe that he has a soul…

But as each day that passes brings him closer to his last, has time run out for second chances?

Bestselling author Gavin Extence pushes the envelope again with another thought-provoking and funny novel about the surprises, good and bad, that life can throw at us.

Set against the backdrop of the St Paul’s Cathedral protest a few years ago, The Empathy Problem follows Gabriel as he learns about his brain tumour. His office overlooks St Paul’s and he often looks out of his window at the protestors and makes assumptions about the people below him and about how long they’ll last for outside. All the while, proud at how much money he’s making and how he’s carrying on his now extremely shortened life.

But, the tumour is affecting his emotions, so with the advice of his oncologist he seeks out the support of a psychologist. She is a no-nonsense, realist and gives him a much-needed kick up the bum. But, this doesn’t stop Gabriel because what Gabriel usually wants, Gabriel usually gets and something like a brain tumour isn’t going to stop him. The problem is, he is now looking at it from a slightly different viewpoint and thinks things make a bit more sense.

This book will keep you hooked as you follow Gabriel on his strange tumour-led journey. It’s not sad and weepy and a book to make you all blue.

It’s quite a clever look at our class system. The banking crisis. And people.

A great read. Highly recommended. I can’t wait to read his next.