Today I’m really pleased to be able to welcome crime author, Gilly MacMillan to the blog  to talk about her first draft process. 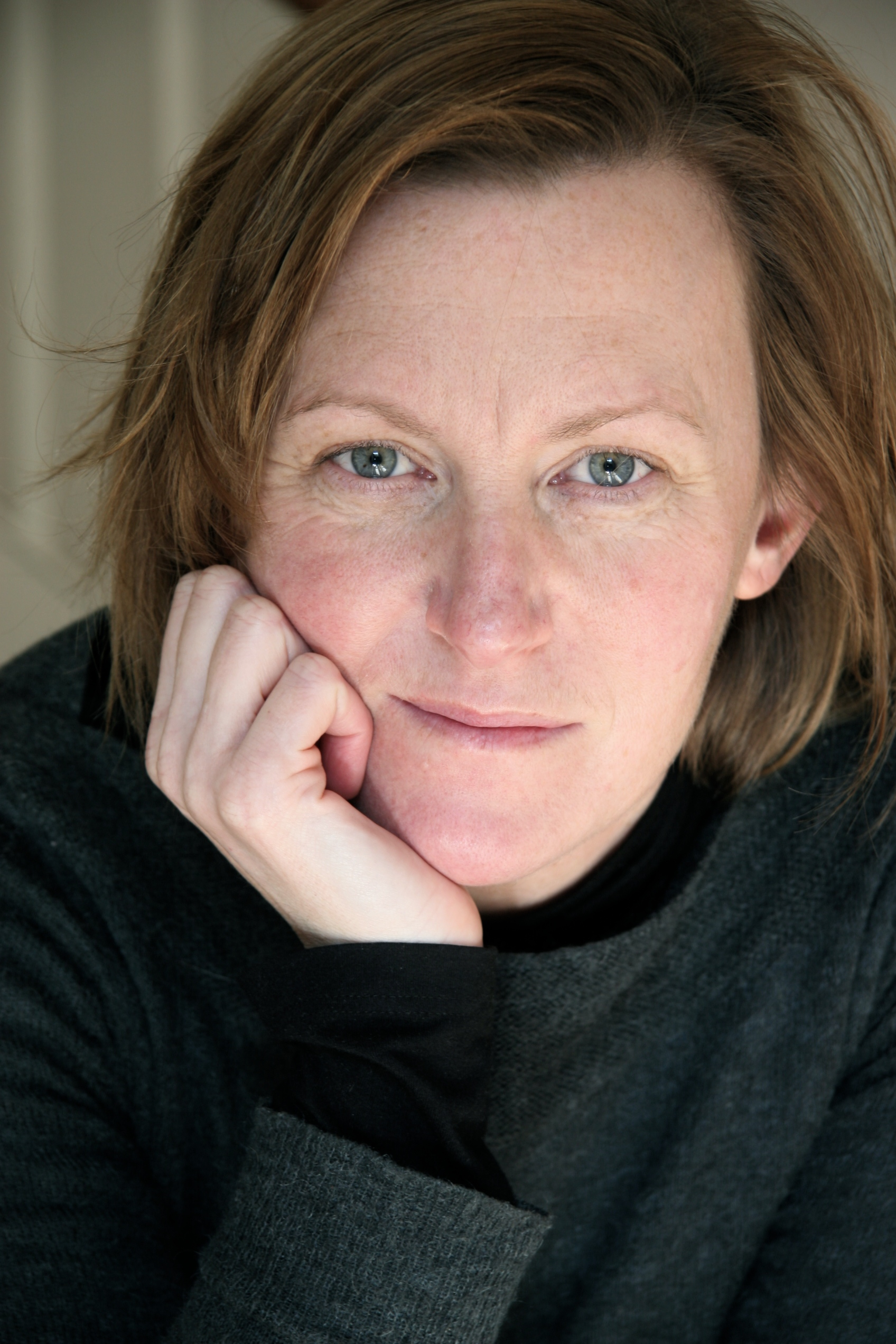 Gilly is the New York Times bestselling author of ‘Burnt Paper Sky’ and ‘The Perfect Girl’.  Her debut was shortlisted for an Edgar Award for Best Paperback original and was a finalist for an ITW Best Debut award.

Gilly grew up in Swindon, Wiltshire and also lived in Northern California in her late teens.  She studied History of Art at Bristol University and then at the Courtauld Institute of Art in London.

She worked at The Burlington Magazine and the Hayward Gallery before starting a family, and since then has done some lecturing in ‘A’ Level photography.

Gilly lives in Bristol, UK with her husband and three children and writes full time.  She’s currently working on her third novel.

I usually have something in mind already, either a scene or a character that I’ve been thinking about for a while.  When I get to the point where I think it might be a compelling enough idea or starting point for a new book, the first thing I do is see if I can use it as the basis for an opening scene. I’m testing the idea, really, to see if I can make it into a good enough hook for a reader.   This is my favourite part of starting a new project, because you’re free of plot constraints at that point, you’re just looking to see if what’s in your head can translate into something exciting on paper.

I play about with that scene until I’m happy that it’s got enough drama and depth to launch the book and then I dive in and begin to develop the characters and the storyline.  I do that by getting on and writing more scenes, some of which remain in the final draft, but many of which hit the cutting room floor along the way.  It’s a bit of a messy process but it helps me to develop my thoughts.

I try to limit research when I’m writing my first draft as it slows me down but once that’s done I take research very seriously, and I build what I learn into the book as I edit.   It’s important to me that my books are as authentic as possible.

I always start by reading or watching things on the internet, because it’s such a fantastic resource, but I also try to speak to people and visit places when that’s useful.  For my second book, The Perfect Girl, I visited a prison, a courtroom and sat in on a police interview.  I also know two retired detectives who kindly advise me on police procedure. 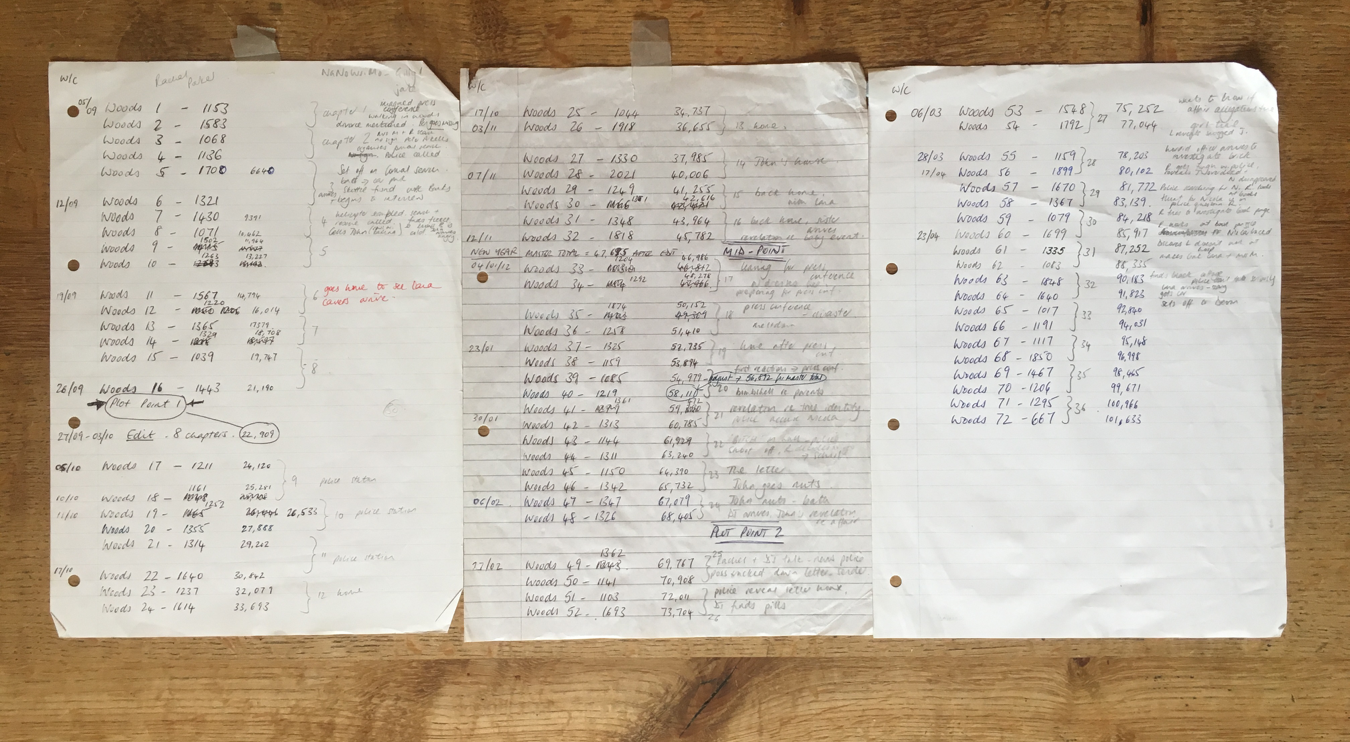 I have a big A4 sized notebook that I write all my notes in, sometimes by hand and sometimes typed and then stuck in, along with images, etc., that I’m using.  It’s quite old-fashioned but it comes with me everywhere until the book is finished and I rely heavily on it.

I just go for it and try to write the draft fairly quickly, because until it’s done you don’t really know what kind of story you’re going to have.  That does mean that it requires a great deal of editing to turn it into a book, but that’s ok with me.

I need my laptop, my notebook and a pair of headphones.  If I can get a coffee, too, I’m very happy.  No rituals required, thank goodness.

I’m pretty lost while I’m actually writing the prose because I have to concentrate so hard to imagine myself into the minds of the characters.

I have an office in the basement of our house.  It’s got a large desk for all of the research materials, etc, and a white wall that I can stick post-it notes on to help with plotting.  Having said that, I am able to work anywhere, and often do, just to stop myself going mad down there!  There are several local cafés that I like to write in, and I also use the university library in Bristol. 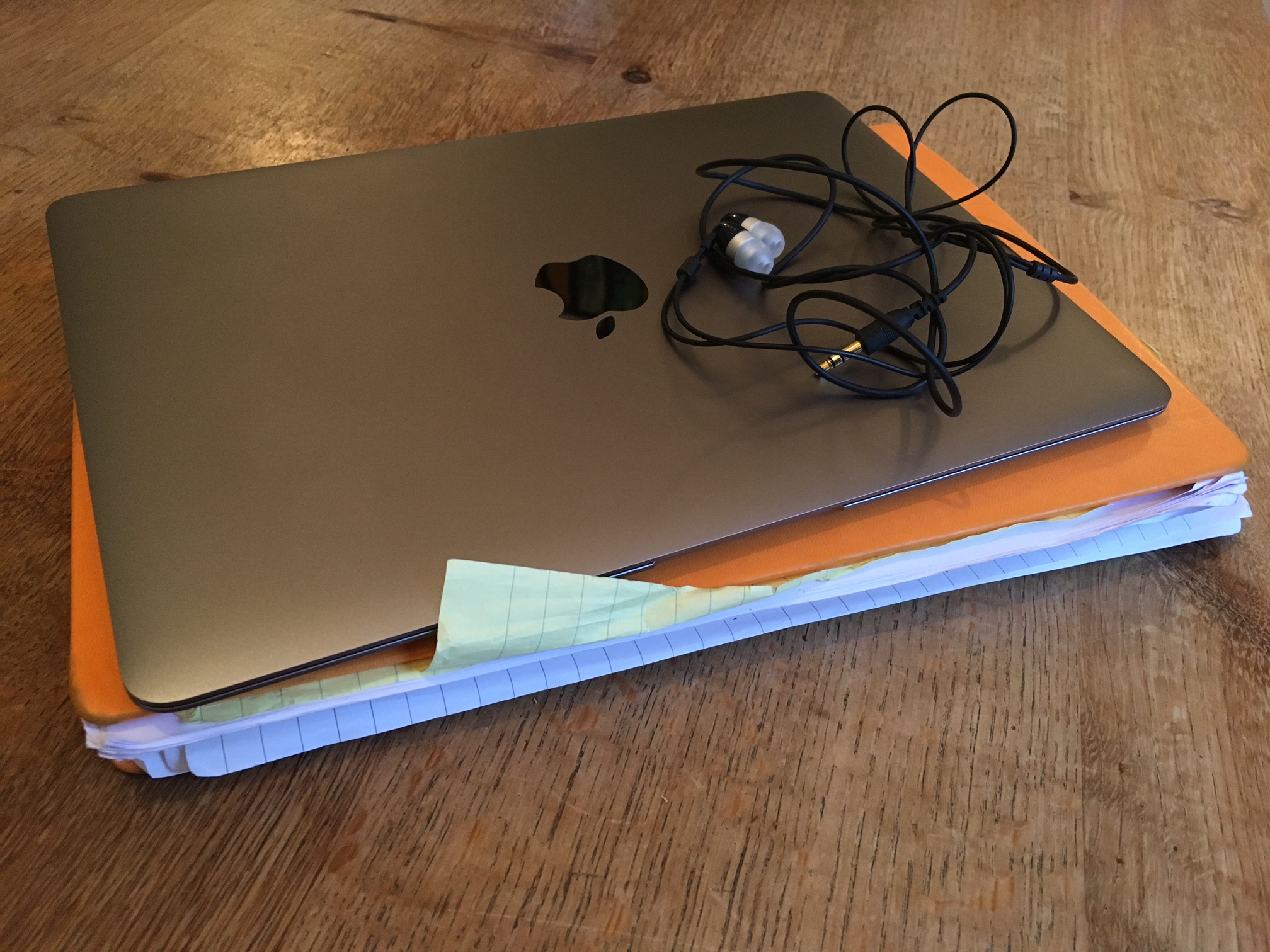 Get them out.  Only edit if you see something awful that you just can’t ignore.

The first draft can take seven or eight months because inevitably along the way you have to pause to untangle plot complications, or there’s research required that you just can’t progress without, so I don’t write is as continuously as I’d like to.  It’s in pretty rough shape at that stage, though this does depend on the book.  Each one seems to take shape a little differently.

Paper is my preference though I try to limit how often I print it out.   I sometimes read on my computer screen, but the problem with that is that I get tempted to stop and edit as I go along.

The hard work.  I look at plot, character, pacing and prose and try to hone each of them so that the story begins to pull together and work as a novel.  I’m always very aware of the reader at this stage, so I try to strip away anything that’s not needed, and only leave the elements that will drive the story and keep the reader turning pages.

Thank you so much for inviting me.  It’s been a pleasure! 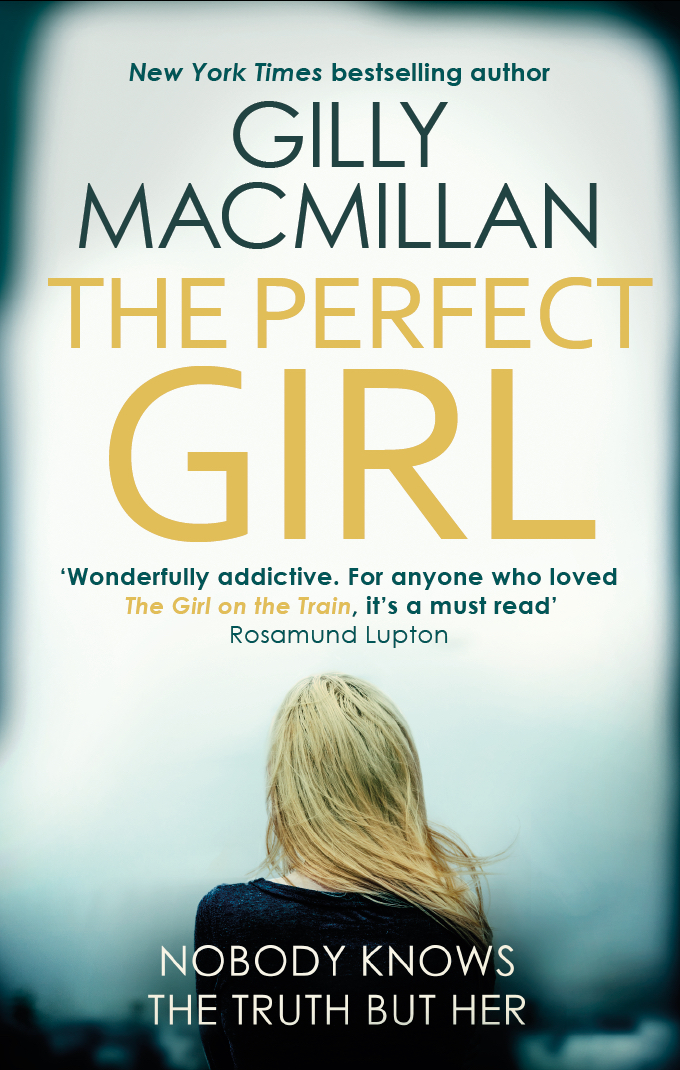 To everyone who knows her now, Zoe Maisey – child genius, musical sensation – is perfect. Yet several years ago, Zoe caused the death of three teenagers. She served her time. And now she’s free.

Her story begins with her giving the performance of her life.

By midnight, her mother is dead.

The Perfect Girl is an intricate exploration into the mind of a teenager burdened by brilliance. It’s a story about the wrongs in our past not letting go and how hard we must fight for second chances.