It’s taken a lot longer than I’d hoped for this time to come because I foolishly thought that writing a novella would be a reasonably quick experience. After all, it’s far fewer words than a novel, so it should take far less time to write than a novel takes.

But, it didn’t quite work that way.

The process, I was surprised to find, worked the same way writing a novel works. You start, excited to be writing a new project, then you get to the part where you hate what you’re doing, you can’t figure out how a problem is going to resolve itself and it turns into the biggest disaster ever, and why did you ever think you could write, a blog post, never mind a novel or novella? I was pulling my hair out for weeks when I’d expected to have finished it.

But, eventually, the process continued as it does, and my mind kept working on the problems even when I was away from my keyboard and the story unfolded.

And, the time has now come and I’m thrilled to be able to show you the cover and tell you the title for the DC Sally Poynter prequel novella, set before Shallow Waters, when Sally first joins Hannah’s team. 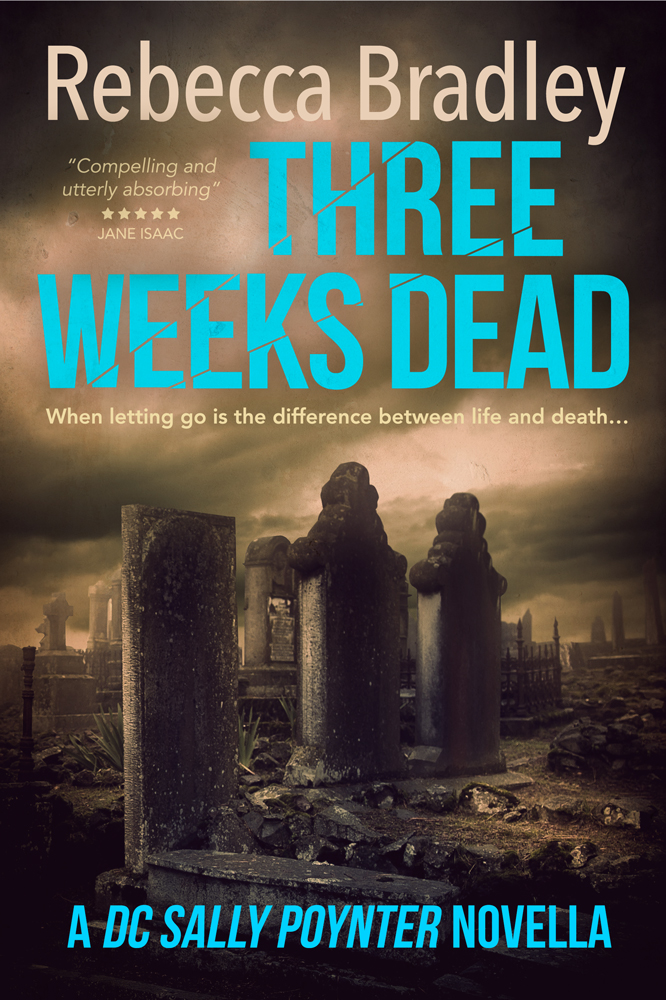 How far would you go if someone took your wife?

Especially if you buried her a week ago.

When Jason Wells is faced with this scenario he is confronted with the prospect of committing a crime that will have far-reaching consequences.

Can young DC Sally Poynter get through to him before he crosses that line, or does a desperate husband prove to be the case she won’t ever forget?

I hope you like the cover. I think it goes well with the two already in the Hannah Robbins series. (Seen in the right-hand sidebar – on a desktop or at the bottom on a mobile device)