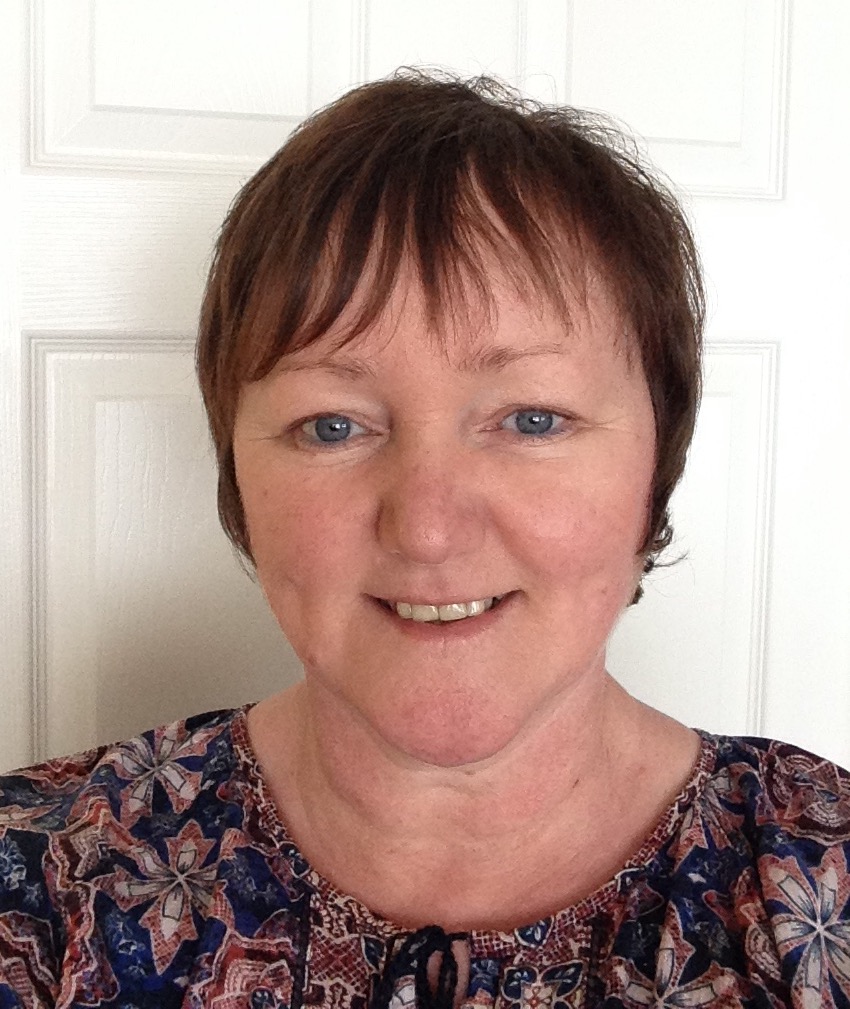 Tracey Walsh has been enjoying life since early retirement in 2013, indulging a lifelong love of crime fiction by starting a book review blog.

Tracey has also been enjoying some success with magazine submissions, having sold articles and stories to The People’s Friend and The Weekly News. She has recently completed her longest story to date, “On The Worst Day Of Christmas”, which will be published as a My Weekly “Pocket Novel” later this year.

Tracey lives in Blackburn, Lancashire with husband Dave and as well as writing is an insatiable reader of crime fiction, attends crime writing festivals and enjoys being a grandparent following the birth of grandson Oliver in November 2015.

For short stories the first thing to decide is which magazine I’m aiming at, as this decides the acceptable word length and subject matter (see Research below).

Depending on the word length I might sit and write the whole story in one go – they vary from 700 words to 3000. Some of the magazines accept longer stories and serials but I haven’t attempted those yet. Instead I leapt into a 50,000 word pocket novel. 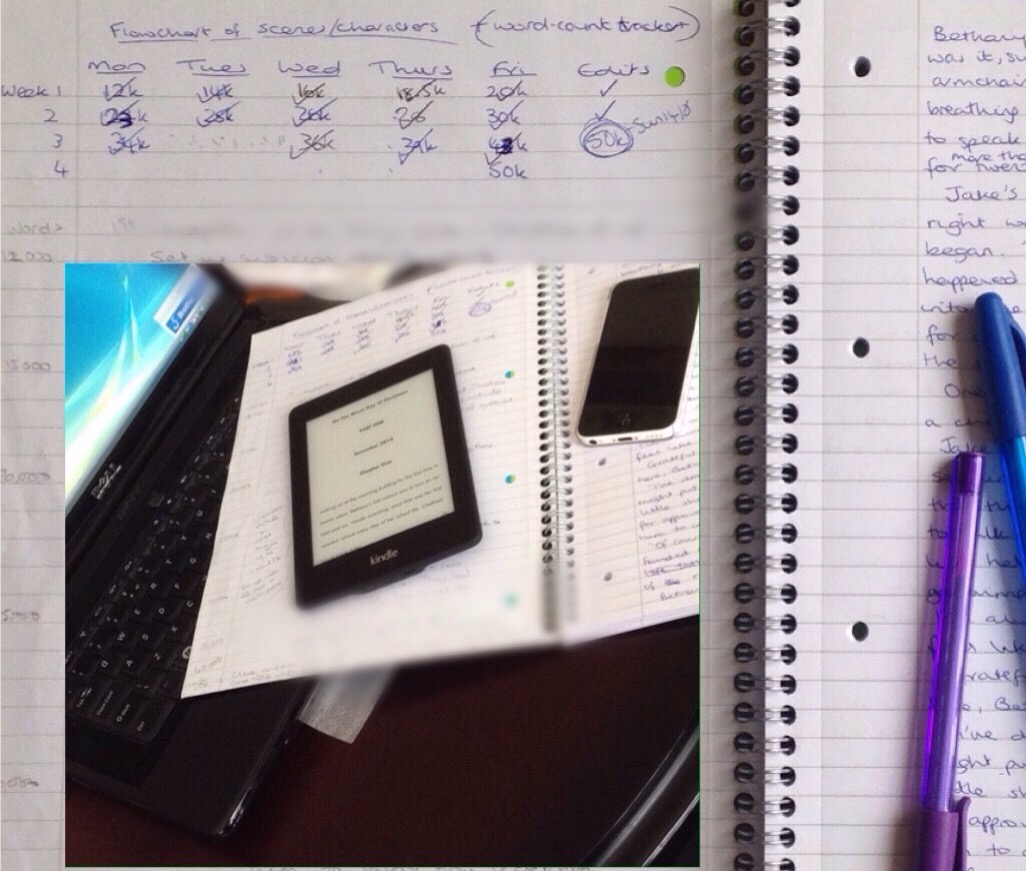 An A4 spiral bound notebook and pen first. I prefer Pukka Pads and Papermate Inkjoy pens. There must be dozens of each in our house. I like writing longhand as it lets me think things out as I go. Then every few thousand words I type it up. I’m a fast typist and I enjoy it (sad) so that part of the process is quite quick.

My pocket novel is the longest story I’ve written at nearly 51,000 words and I did start to wonder if it would be more sensible to write it straight onto the laptop, but at the moment I have to borrow my husband’s so it’s not ideal. I’m looking for a cheap(ish) notebook computer if anyone has recommendations. Something with Word and email would do.

Research is very important. I would hate to include something in a story that was wrong because, as an avid reader, I know how much it can spoil a story.

Google is my favourite research tool but I’ll also consult Facebook friends – for example for the pocket novel I needed to know which bands were popular with teenage girls in the 90s. I had no idea but Facebook friends provided a list in minutes.

Writing for magazines (womags) involves a lot of research into their specific submission guidelines. These also change from time to time so it’s important to keep up to date – you’d be wasting your time submitting a story that didn’t fit their needs. Some of them still insist on paper manuscripts being posted to them so you could be wasting money too.

I constantly tap things into the Notes app on my iPhone. I have one for “Titles & First Lines”, “Plot ideas”, “Links to Articles & Websites” and “Writing tips & quotes”.

My husband is good at spotting items in newspapers that could make a good story. It’s like having my own clippings service and often sparks other ideas that become stories.

I like mind maps and flowcharts as a way of keeping track of characters, plots and sub-plots. This is probably the part of writing I enjoy most.

Then I write the beginning and end, though the beginning would sometimes already be written, having submitted the first chapters to an editor, to make sure they like the idea, before continuing. Once the beginning and end are done I’ll write the rest in sections or “scenes”, not necessarily in chronological order. It can be a bit like a jigsaw fitting all the sections together and making sure there are no logic flaws.

I don’t have any rituals – do you have any good ones?

Items I must have: Cups of tea during the day and a glass of something cool in the evening.

I hadn’t noticed when writing short stories but I did with the pocket novel: I am in whatever world the characters live in. I can write sitting on the sofa with the TV blaring but I won’t know what’s been on and if anyone speaks to me they’ll have to try two or three times before I hear them.

I have a few workspaces. I write in notebooks while sitting on the sofa. I type up a few thousand words at a time on my husband’s laptop which has taken over the dining room table. But my favourite place is my reading bench in the back garden, overlooking the Leeds Liverpool Canal (see photo). 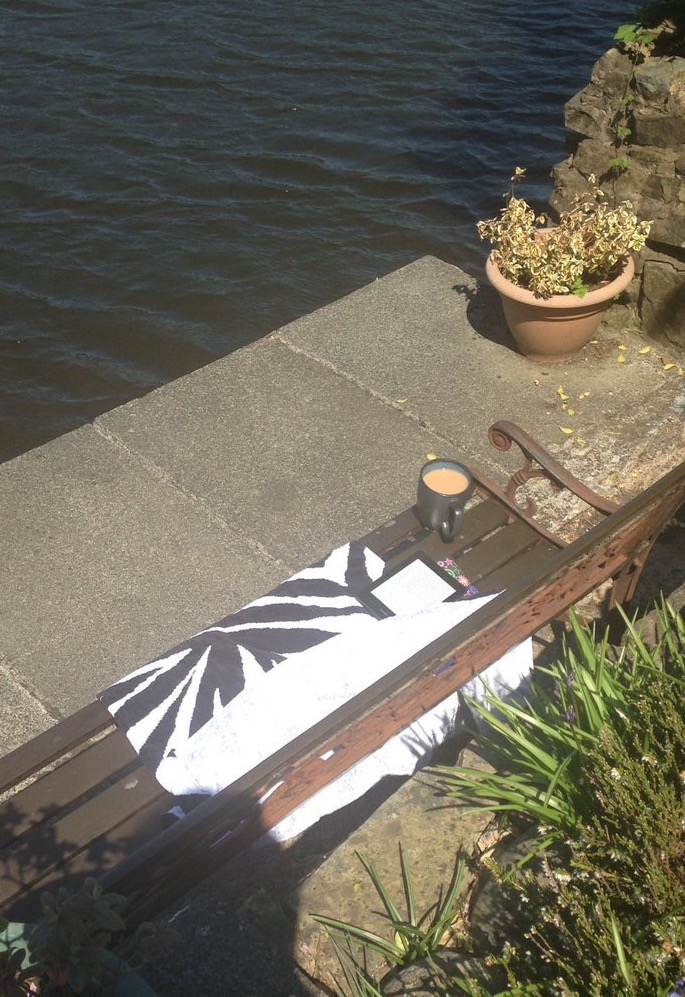 I edit as I go, when I’m typing up my handwritten pages.

I am very focused on word count. This comes from writing for magazines that have very specific word count guidelines. I know that about six A4 sheets of handwriting = 2,000 words = my usual daily target.

The pocket novel came from a Christmas story competition from last year. I’d submitted three chapters to the competition and though I didn’t win I still wanted to develop the story and its characters. So by the time I decided to submit it as a pocket novel I already had 10,000 words.

I sent off the first three chapters and synopsis again, this time to My Weekly, a D C Thomson publication. The pocket novel editor asked to see the whole novel so, with no guarantee of a sale, I needed to write at least 40,000 words. And because it was a Christmas story I needed to do it quickly.

I decided to aim for 2,000 words each weekday for four weeks (see plan on photo). I stuck to it quite well for the first couple of weeks. Life got in the way once or twice but I kept going. There’s a very supportive Facebook group of “womag” writers who helped with encouragement when I was flagging. Then I had a splurge of inspiration and energy and completed it a week early.

Every time I type up, I then email the Word file to my Kindle and read through what I have just typed. It’s amazing how many mistakes jump out on the Kindle page rather than the laptop screen. I make a note of any errors I find on my phone and update the computer file as soon as I can.

Once my (nearly) 51,000 word story was finished I emailed it to the My Weekly pocket novel editor (hoping she hadn’t forgotten me in the three weeks since we last spoke). The day after she received it she bought the novel, after requesting a couple of changes.

So what happened next was I made the requested changes (harder than I thought as I had to make multiple changes to keep the story/plot consistent).

What happens now is that the pocket novel “On The Worst Day Of Christmas” will be published as part of the My Weekly pocket novel Christmas schedule. Pocket novels are on sale for two weeks. I’m not sure who the stockists are, though our local Asda and large Tesco stores sell them.

You can find Tracey on her Blog | Flashbang Winning Story | Twitter

The pocket novel isn’t out yet, but I’m thrilled for Tracey about it and wanted to get her onto the First Draft series before it ended. She describes it as;